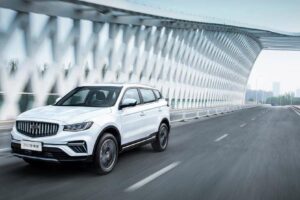 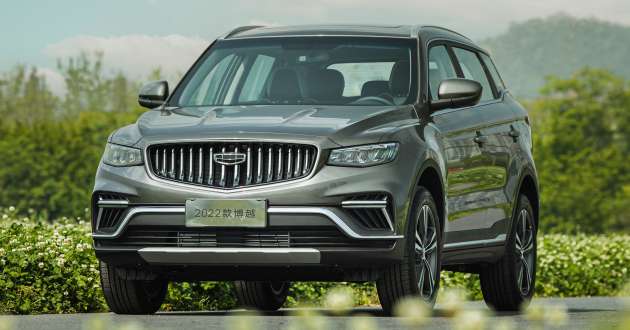 Both are powered by the 1.8 litre turbocharged four-cylinder petrol engine as before, producing the same 184 PS at 5,500 rpm and 300 Nm of torque from 1,750 rpm to 4,000 rpm. Drive is sent to the front wheels through a seven-speed dual-clutch automatic transmission. Top speed is a claimed 200 km/h.

On its exterior, the 2022 Boyue is identified by its revised grille with vertical slats compared to its previous iteration on the Boyue Pro, which was later joined by the Boyue X last year. That version featured an extensively revised front fascia, bringing inspiration from the brand’s Vision Starburst concept car. 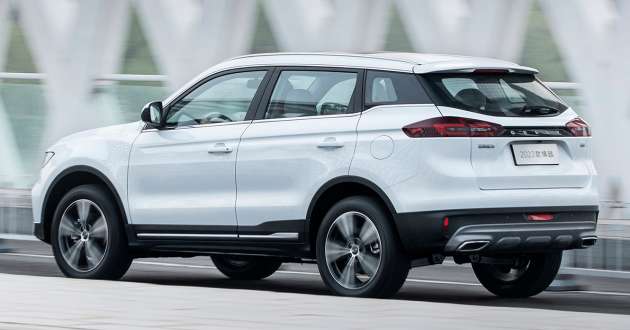 At the rear, the lower section of the rear bumper gets a different treatment for its exhaust outlets and lower trim, and its rear reflectors have been repositioned and oriented vertically. The tail lamps now also employ a revised set of graphics.

On the inside, while the steering wheel continues to be of the same flat-bottomed design and the driver’s instrument panel is a seven-inch fully digital display, the 10.25-inch infotainment touchscreen is now of a more floating appearance with a rectangular silver bezel, compared to the outgoing version that was more integrated into the dashboard. For mobile device connectivity, the 2022 Boyue offers three USB ports. 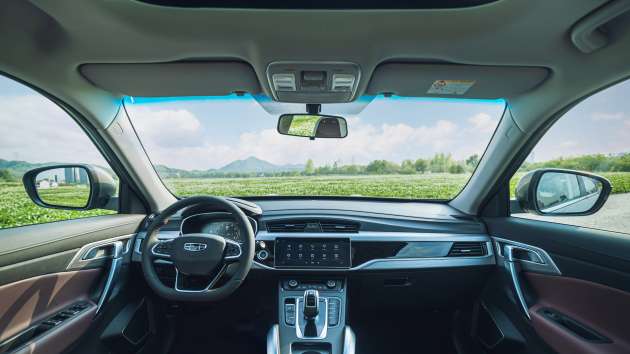 Three exterior colours are offered for the 2022 Geely Boyue, and these are Chinese jade white, ink jade black and titanium crystal grey. The updated SUV from the brand goes on sale in China priced from 102,800 yuan (RM67,517) for the base trim level, to 112,800 yuan (RM74,085) for the higher trim variant.