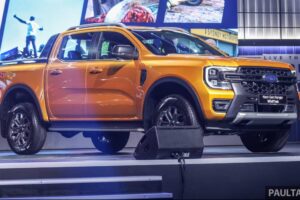 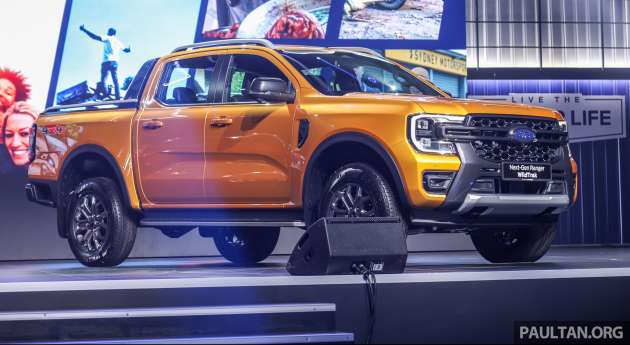 Sime Darby Auto ConneXion (SDAC), the sole distributor of Ford vehicles in Malaysia, has announced that the all-new Ranger will head to East Malaysia as part of the pick-up truck’s debut tour. Launched in July this year, the Ranger is currently offered in six variants with prices starting from RM108,888 on-the-road without insurance.

In Sarawak, the latest Ranger be on display at Vivacity Megamall in Kuching from September 7-11, 2022. This will be followed by another public viewing set to take place at Suria Sabah Shopping Centre in Kota Kinabalu, Sabah from October 5-9.

SDAC also noted that those who have received their exclusive event invitation will have a seat at the unveiling ceremonies, where they will also be taken through an in-depth presentation on the Ranger. Registrations for the invites are open 30 minutes prior to the start of the event and can be done here.

All variants of the Ranger, regardless if it is the XL, XLT, XLT Plus or WildTrak, come with part-time four-wheel drive and a 2.0 litre EcoBlue four-cylinder turbodiesel engine. The latter comes in two configurations, with the single turbo version providing 170 PS at 3,500 rpm and 405 Nm of torque from 1,750 to 2,500 rpm. Meanwhile, the bi-turbo version serves up 210 PS at 3,750 rpm and 500 Nm from 1,750 to 2,000 rpm. Available transmissions differ depending on the chosen variant, with options being a six-speed manual, a six-speed automatic and a 10-speed automatic.

Built on a heavily revised version of the T6 ladder frame platform, the new Ranger looks even more muscular than before thanks to a redesigned exterior that is headlined by “C-clamp” design headlamps. The kit list has also been improved from before to include things like large touchscreen infotainment systems and a comprehensive safety suite (for higher-end variants). We’ve attached the spec sheets of all variants here for your consideration.