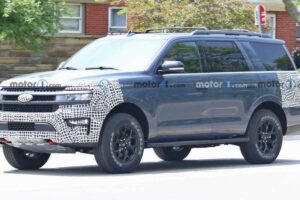 The current-generation Ford Expedition arrived for the 2018 model year. As such, it’s certainly due for an update in the fast-evolving SUV segment, and that update should debut later this year as a 2022 model. We haven’t seen many prototypes out and about, but the ones we did catch suggested a relatively minor update to the front and rear. These latest images confirm that, while also offering more insight on the rugged Timberline version.

In fact, this is the best look we’ve had thus far for the tweaked Expedition. This is a Timberline model so it likely wears a slightly different grille compared to the standard version. We can see the updated headlights will bear a resemblance to the F-150. We can also see plenty of resemblance to the Ford Explorer Timberline, which means the Expedition should sport some legit off-road upgrades underneath. The front skid plate is clearly visible, but with less camo it’s also easy to see the revised lower fascia that gives more approach clearance. 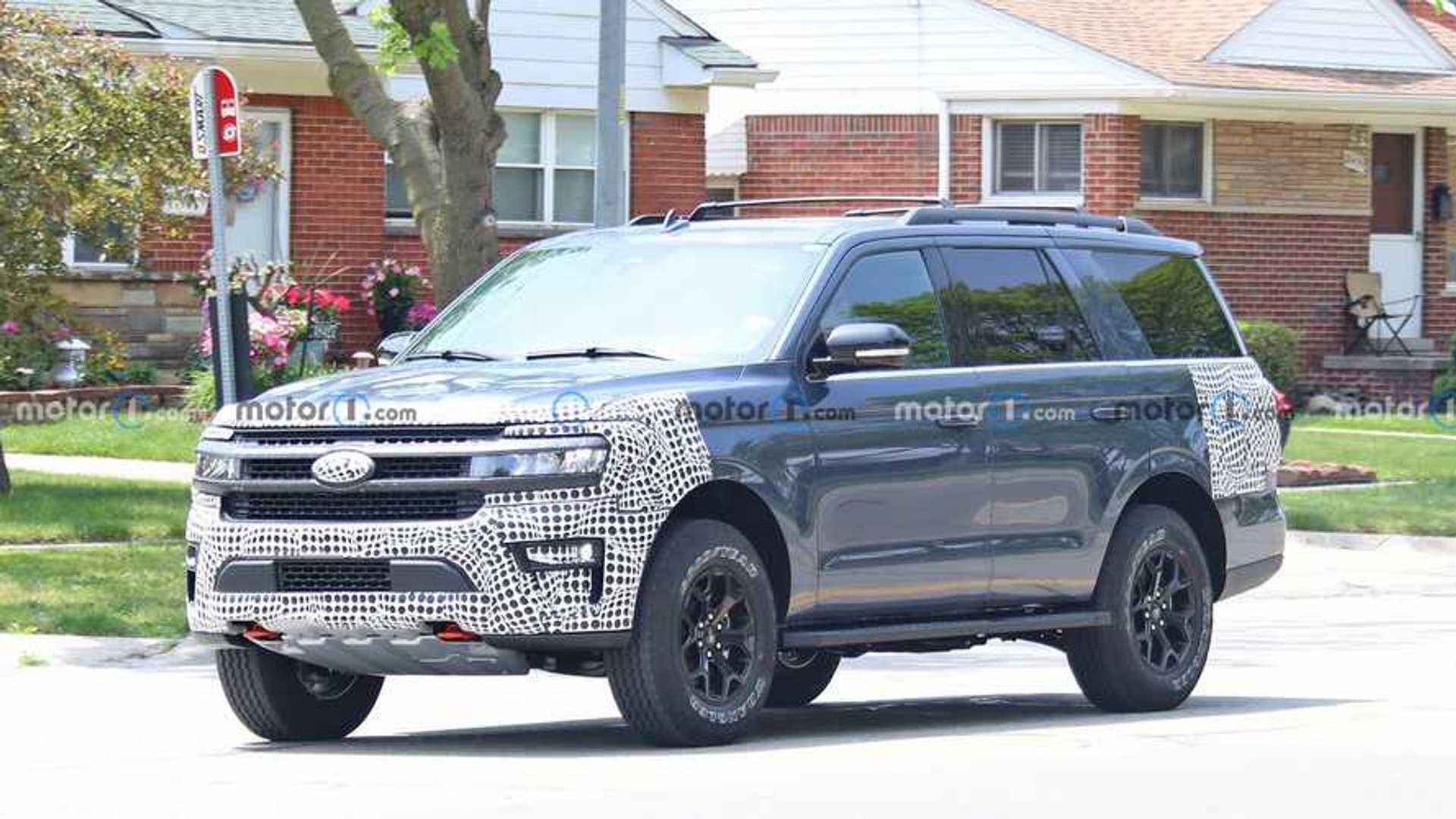 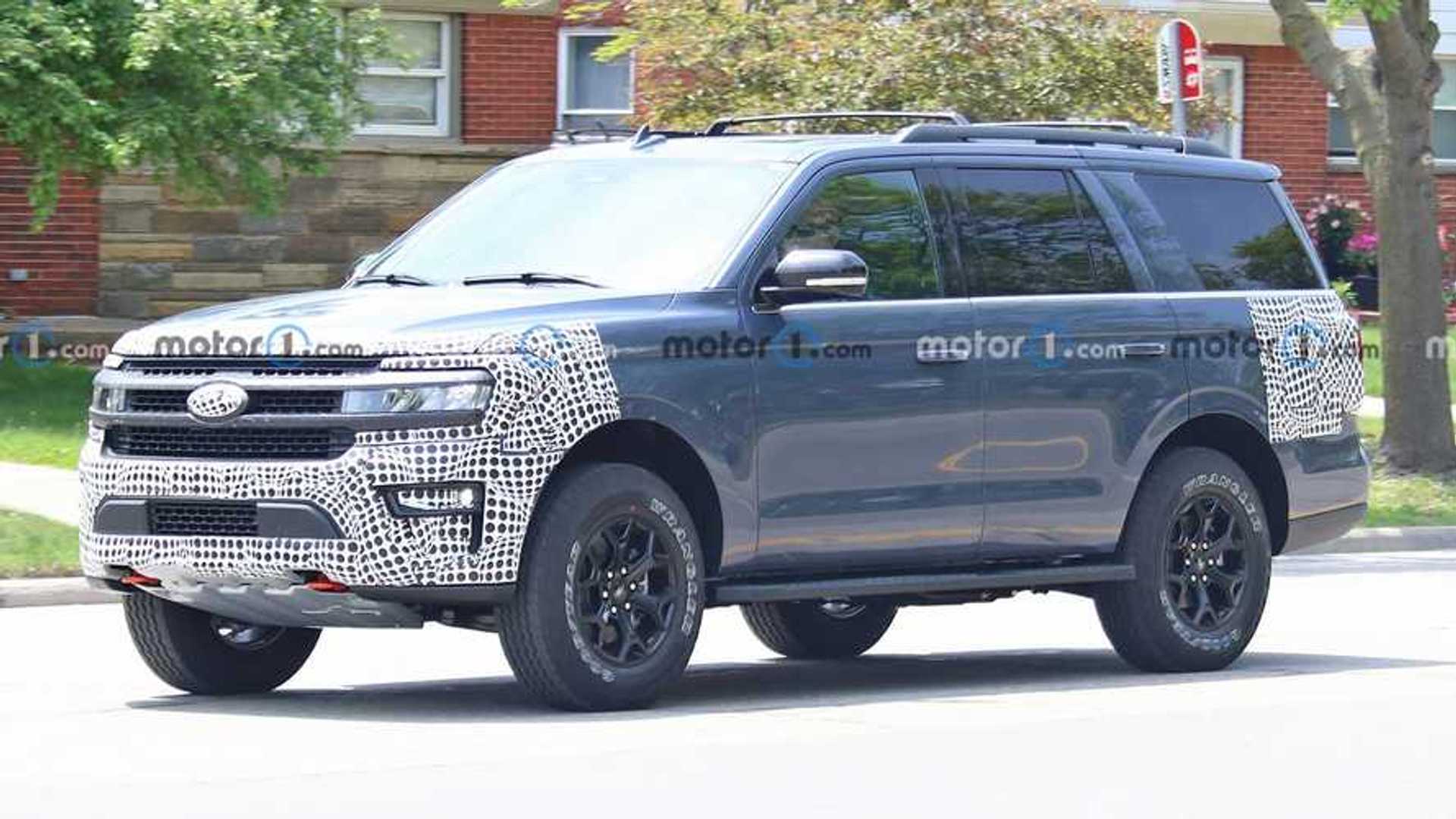 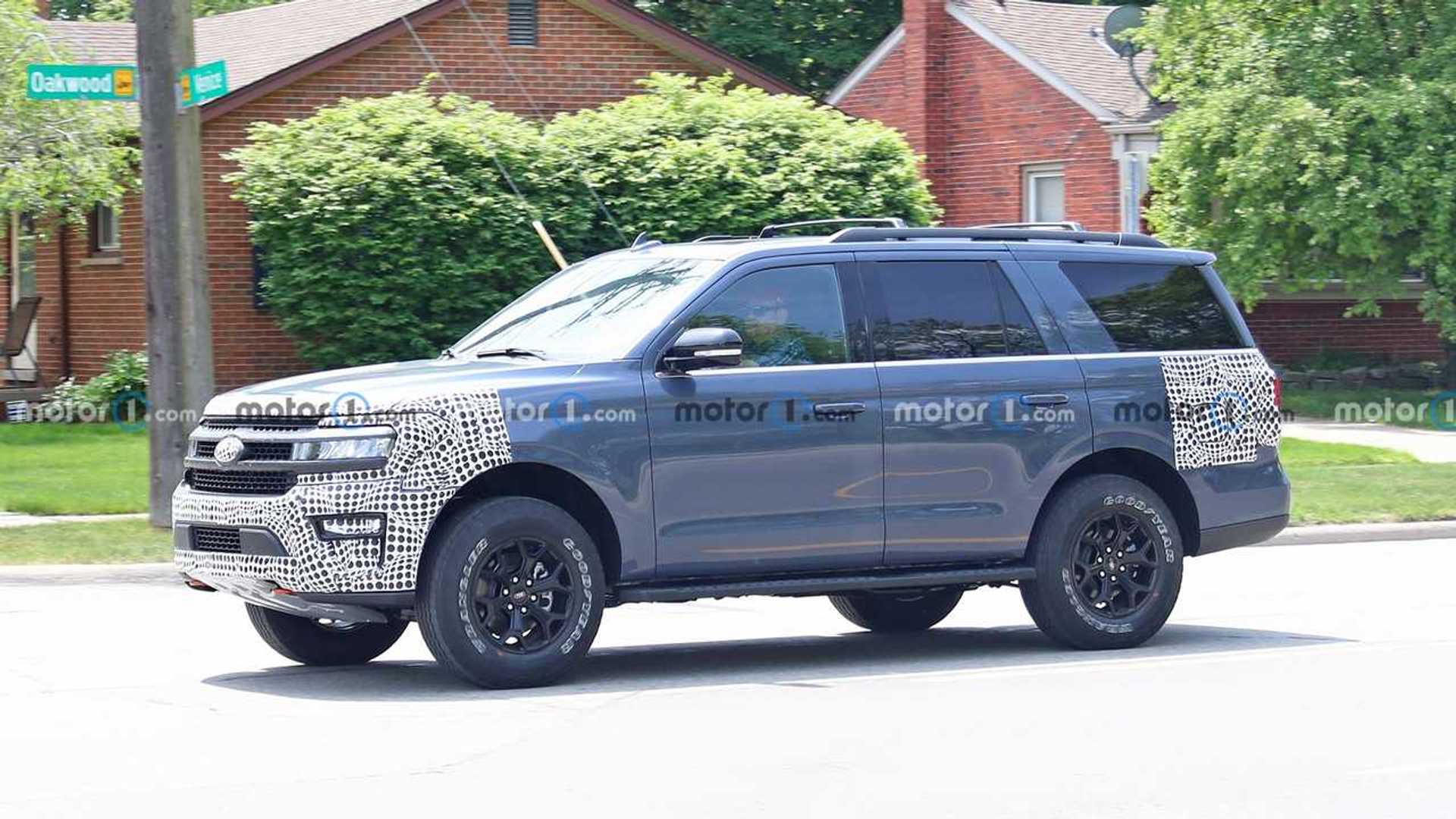 Of course, there’s no missing the meaty Goodyear Wrangler tires on black wheels. This version of the Expedition looks like it rides a little bit higher as well, so expect extra suspension tuning underneath for a better off-road experience. And yes, if the adventure gets a bit too aggressive, those orange tow hooks are easy to spot.

Under the hood, there’s no reason to expect changes to the current powertrain formula. A twin-turbocharged 3.5-liter V6 is offered with either 375 or 400 horsepower, sent through a 10-speed automatic and they should carry over. However, we do expect Ford to add the hybrid system from the new F-150. It’s also possible the Timberline could gain a small power increase to help it stand apart from the Expedition family.

With the new Explorer Timberline recently revealed and camouflage on this Expedition prototype getting thin, an official debut could be close. At the latest, we expect the 2022 model to appear in late summer or early fall.