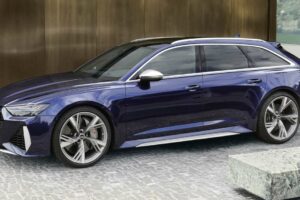 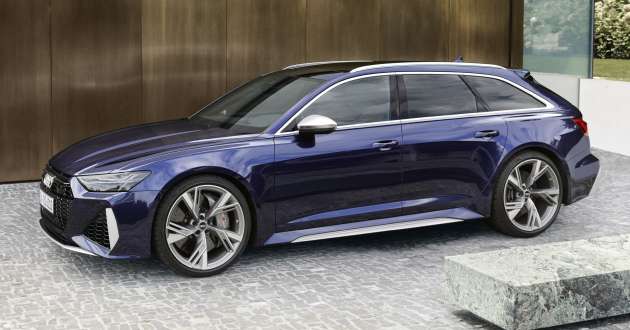 The Audi RS6 Avant joins its smaller sibling in receiving some minor updates and a new price tag following PHS Automotive’s appointment as the new official distributor of Audi cars in Malaysia.

First going on sale in August last year, the hot wagon originally retailed at RM967,309 on-the-road without insurance. This was at a time when the SST exemption was still in effect, and with that over, the asking price has now shot up to RM1,082.402. Included with every purchase is a five-year, unlimited-mileage warranty, three years free maintenance as well as five years roadside assistance.

Referring to the new spec sheet, the RS6 Avant retains most of the equipment of the pre-update model, albeit with some slight changes. As a start, the side mirror housings are now made of carbon-fibre instead of being finished in black, which complements the carbon appearance package as well as glossy black badges and emblems.

You still get the snazzy 22-inch five-V-spoke alloys and HD matrix LED headlamps, the latter featuring laser light technology and dynamic turn signals. In other areas, the Bang & Olufsen sound system that was previously an option for the RS6 Avant is now standard and links to the MMI navigation plus infotainment system with MMI touch.

As for driver assistance systems, there’s now adaptive cruise control to replace the previous passive setup. Lane change assist also appears to have been dropped in favour of lane change warning, and you still get Audi pre sense front and rear and lane departure warning.

No change in performance either, as the RS6 Avant will get to 100 km/h from a standstill in just 3.6 seconds, while the top speed is 280 km/h. Also part of the powertrain is the RS sports exhaust system, progressive steering, RS sports suspension Plus with Dynamic Ride Control and Audi Drive Select.