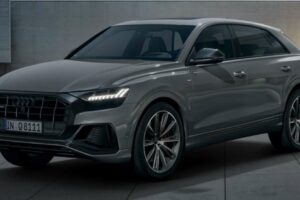 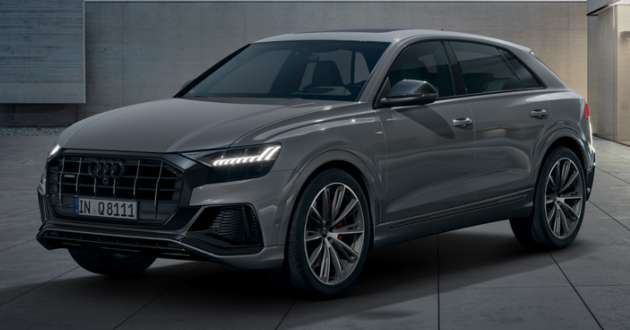 The Audi Q8 is another model that gets some tweaks after PHS Automotive took over as the new official distributor of Audi cars in Malaysia. The big SUV first went on sale here back in August 2019 and previously sold for RM701,698.91 (OTR without insurance) when the SST exemption was still in place.

The setup also comes with 48-volt mild hybrid system to enable long coasting phases and a start-stop range that starts from 22 km/h. Performance-wise, the Q8 sprints from 0-100 km/h in 5.9 seconds and will hit a limited top speed of 250 km/h.

There are some differences though, starting with a larger set of 21-inch five-spoke W-style alloy wheels (previously 20-inch units), the S line sport exterior package, a black surround for the singleframe grille as well as Black Appearance package plus (window trim, accents).

Other revisions include Audi pre sense rear to go along with the standard front, adaptive cruise control instead of a passive system. One downgrade are the front seats, which are now 12-way powered sports seats plus with driver’s side memory function; it was previously 18-way with ventilation.

As with other Audi models, a five-year, unlimited-mileage warranty, three years free maintenance as well as five years roadside assistance are all standard with each purchase.