2021 World Car of the Year list of finalists announced – paultan.org 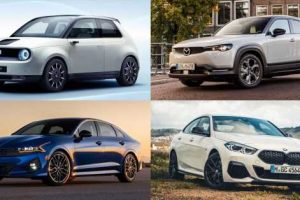 The finalists for the 2021 World Car of the Year (WCOTY) have been announced, with ten models vying for the top prize in the latest edition of the World Car Awards. German carmakers have strong representation here, accounting for 50% of the finalists in this category with models like the Audi A3, BMW 2 Series Gran Coupe, BMW 4 Series, Mercedes-Benz GLA and Volkswagen ID.4.

Meanwhile, the Honda e, Mazda MX-30 and Toyota Yaris are the Japanese entrants, while Kia has two models – the K5/Optima and Sorento – rounding out the competitors. The Korean brand’s Telluride won in this category last year, fending off the Mazda 3 and CX-30.

In the World Urban Car category, it’s only Japanese and Korean makes duking it out, including the Honda Jazz/Fit, Honda e, Toyota Yaris, Hyundai i10 and i20. Last year’s winner was the Kia Soul EV, which was highly favoured by judges over the MINI Cooper SE and Volkswagen T-Cross.

Moving on to the World Luxury Car category, it’s an all-European affair, with Britain being represented by the Aston Martin DBX and Land Rover Defender. From Germany, there’s the BMW X6 and Mercedes-Benz S-Class, while the Polestar 2 is Sweden’s entrant.

The Toyota GR Yaris will be faced by German opposition in the World Performance Car group, as the rally-derived hot hatch will take on the Audi RS Q8, BMW M2 CS, BMW X5 M/X6 M as well as the Porsche 911 Turbo. The Porsche Taycan secured both the performance and luxury titles in 2020, but this year’s edition sees no electric car in either of the two categories.

Every model competing in the World Car Awards is eligible for the World Car Design of the Year award, but just five have been shortlisted, namely the Honda e, Land Rover Defender, Mazda MX-30, Polestar 2 and Porsche 911 Turbo.

These finalists will be shortlisted yet again after they jury have done their deliberations, with the top three models in each category set to be announced at the end of March. The overall winners will later be declared in April.