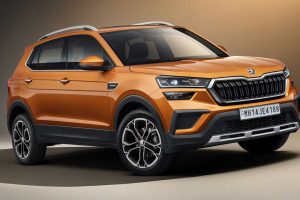 The attractive Honey Orange paint is exclusive to the new crossover.

Skoda is expanding its global engineering footprint with the launch of a crossover developed specifically for the Indian market. After the Kamiq GT and Kodiaq GT launched in China, the new Kushaq is a dedicated Indian model riding on the localized MQB-A0-IN platform. It was previewed a little over a year ago by the Vision IN concept and now the production version is debuting with nearly the same look.

At 4,221 millimeters (166.1 inches) long, 1,760 mm (69.3 in) wide, and 1,612 mm (63.4 in) tall, the Kushaq is a tad shorter and narrower than the Kamiq sold in Europe while being significantly taller. It sits higher to accommodate a specific suspension setup needed to better cope with India’s typically rougher roads. Overall, the design is similar to the crossover sold on the Old Continent, specifically the more rugged-looking Kamiq Scoutline trim. 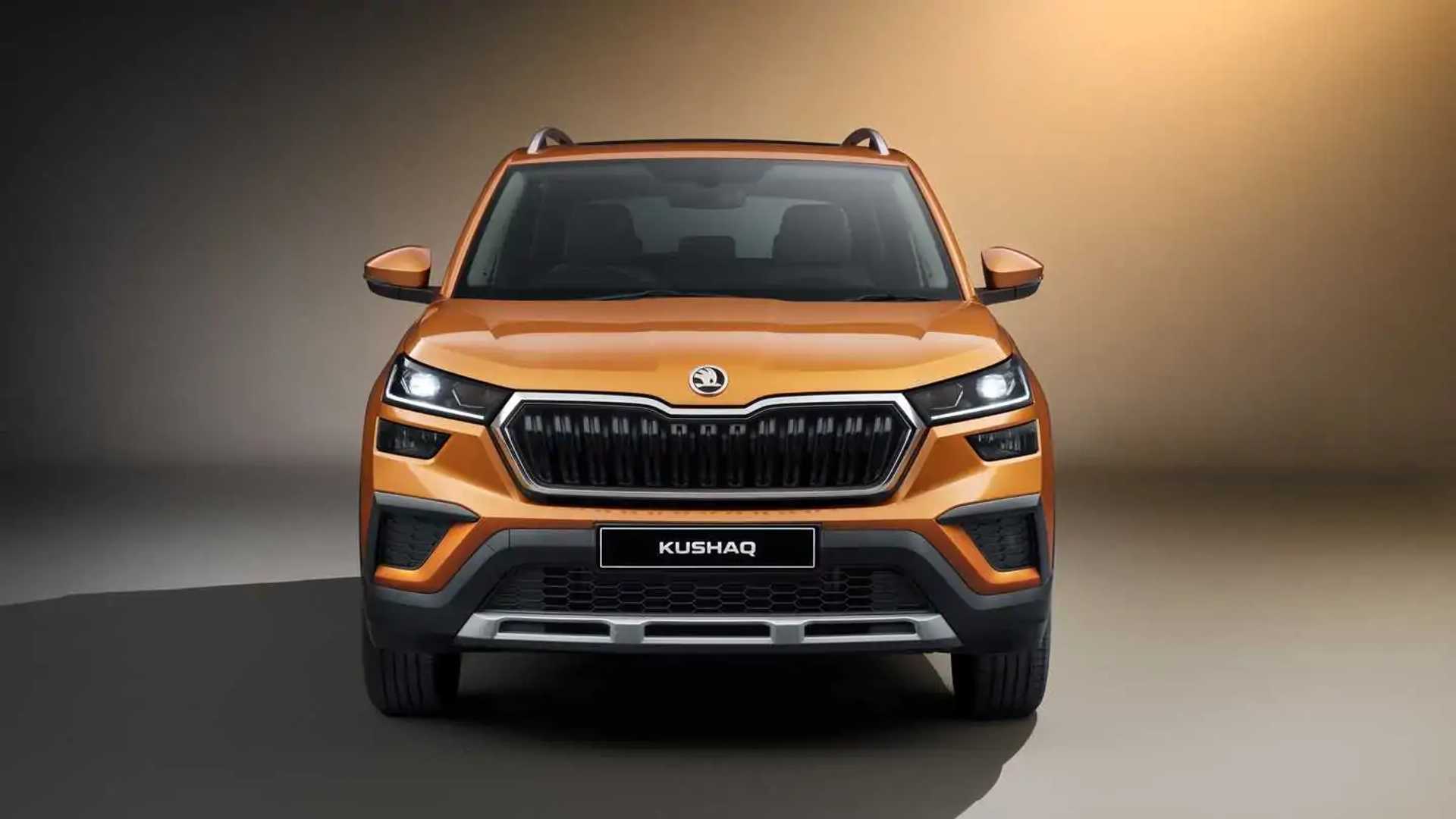 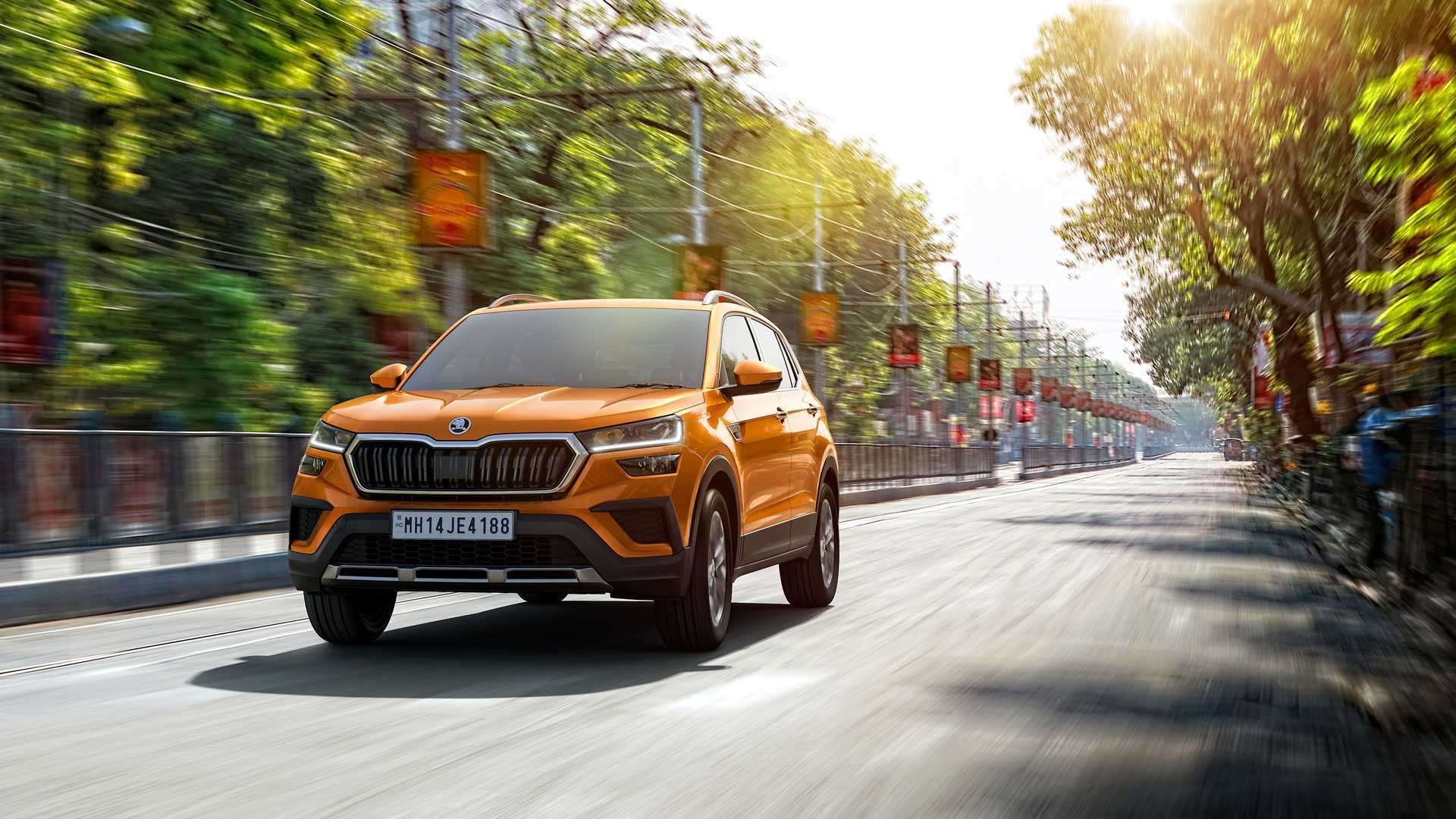 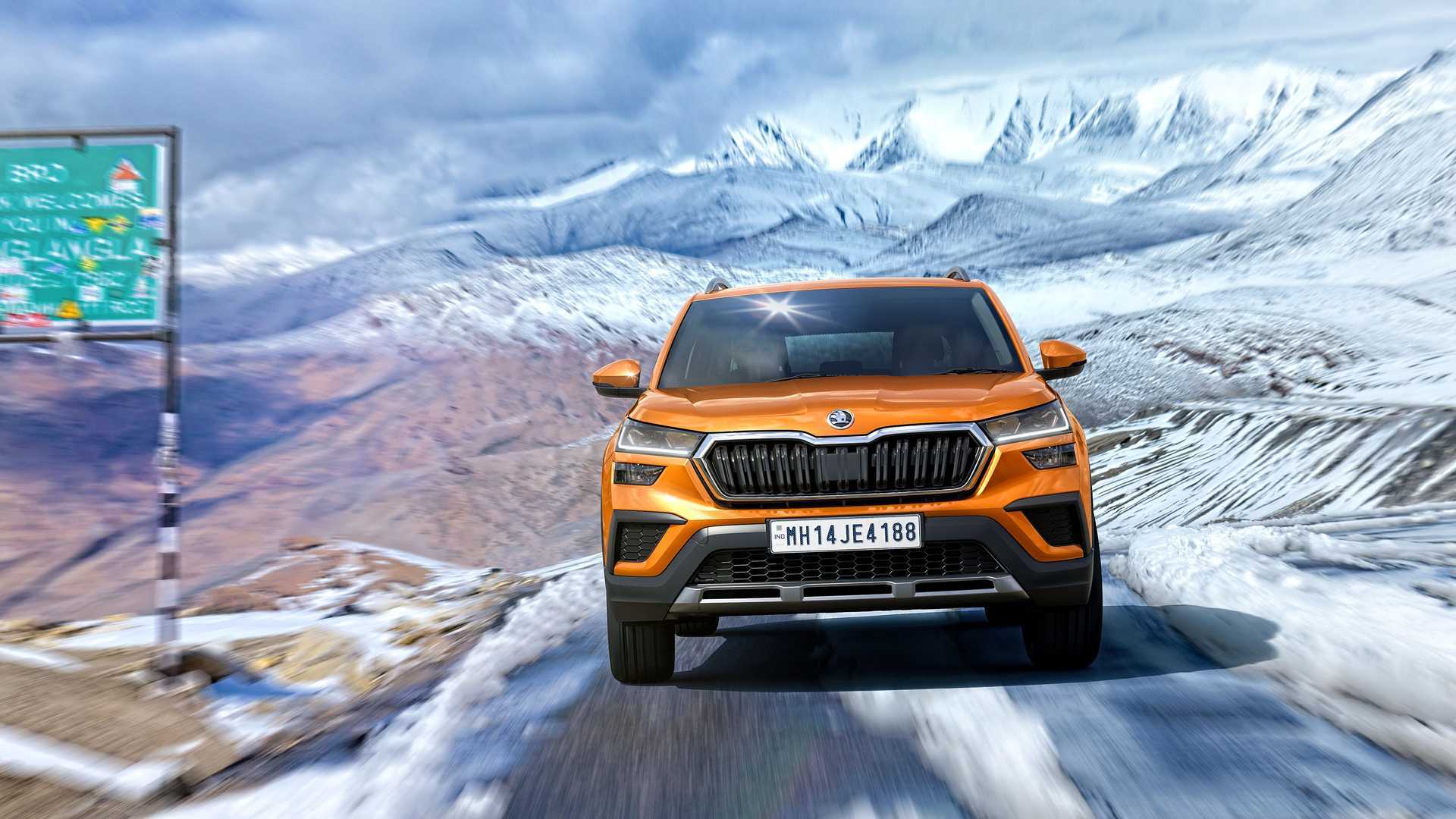 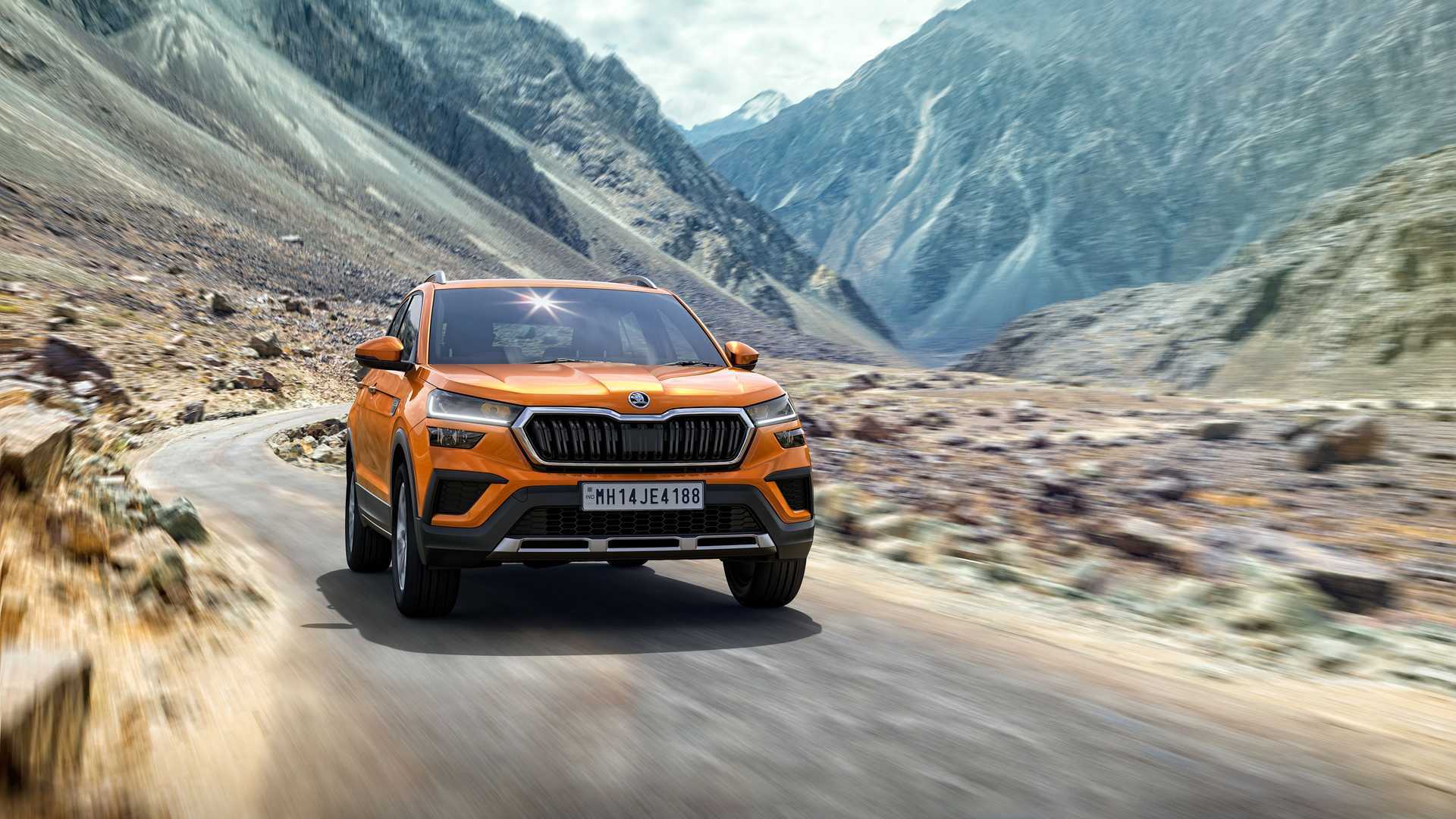 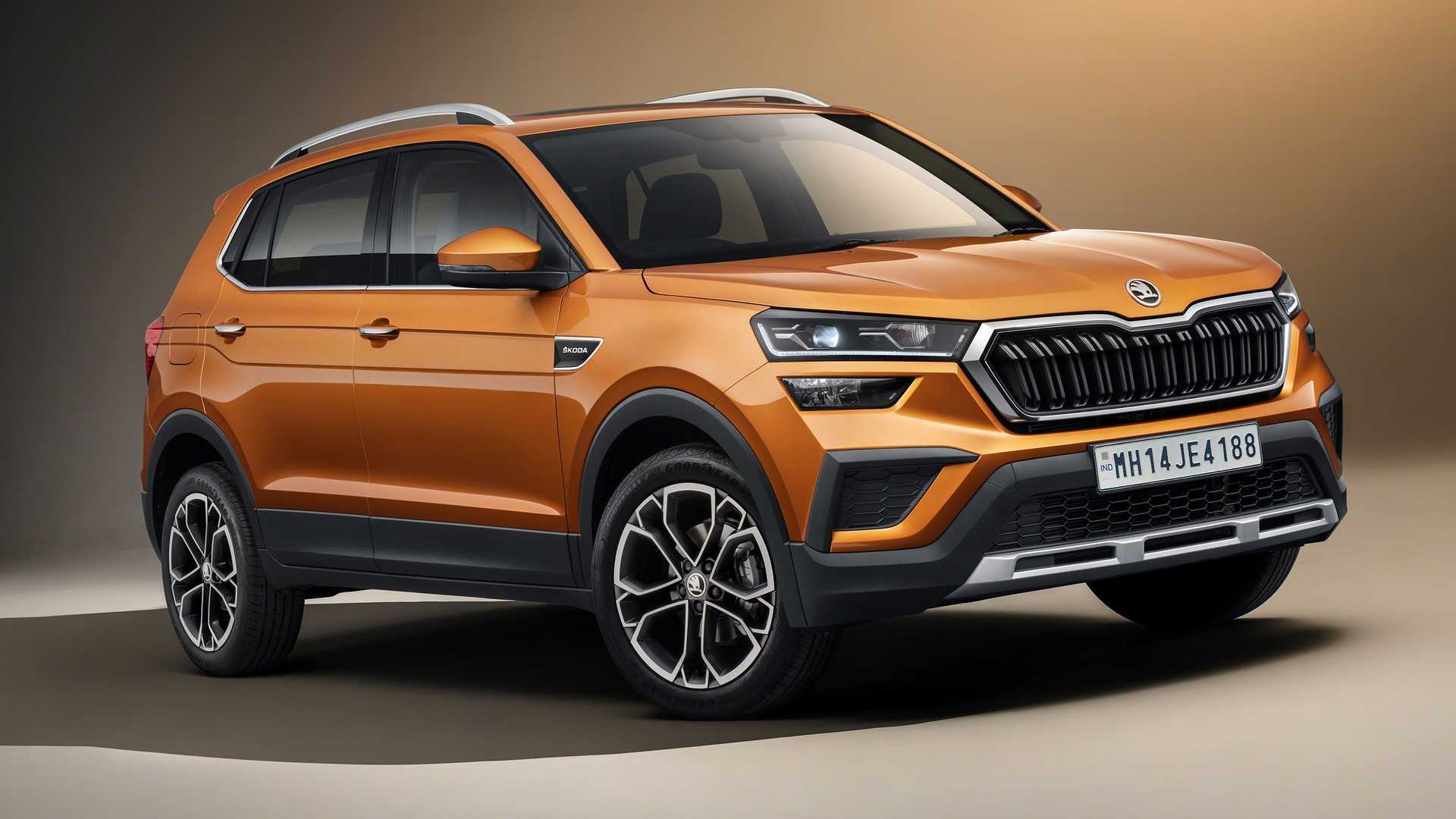 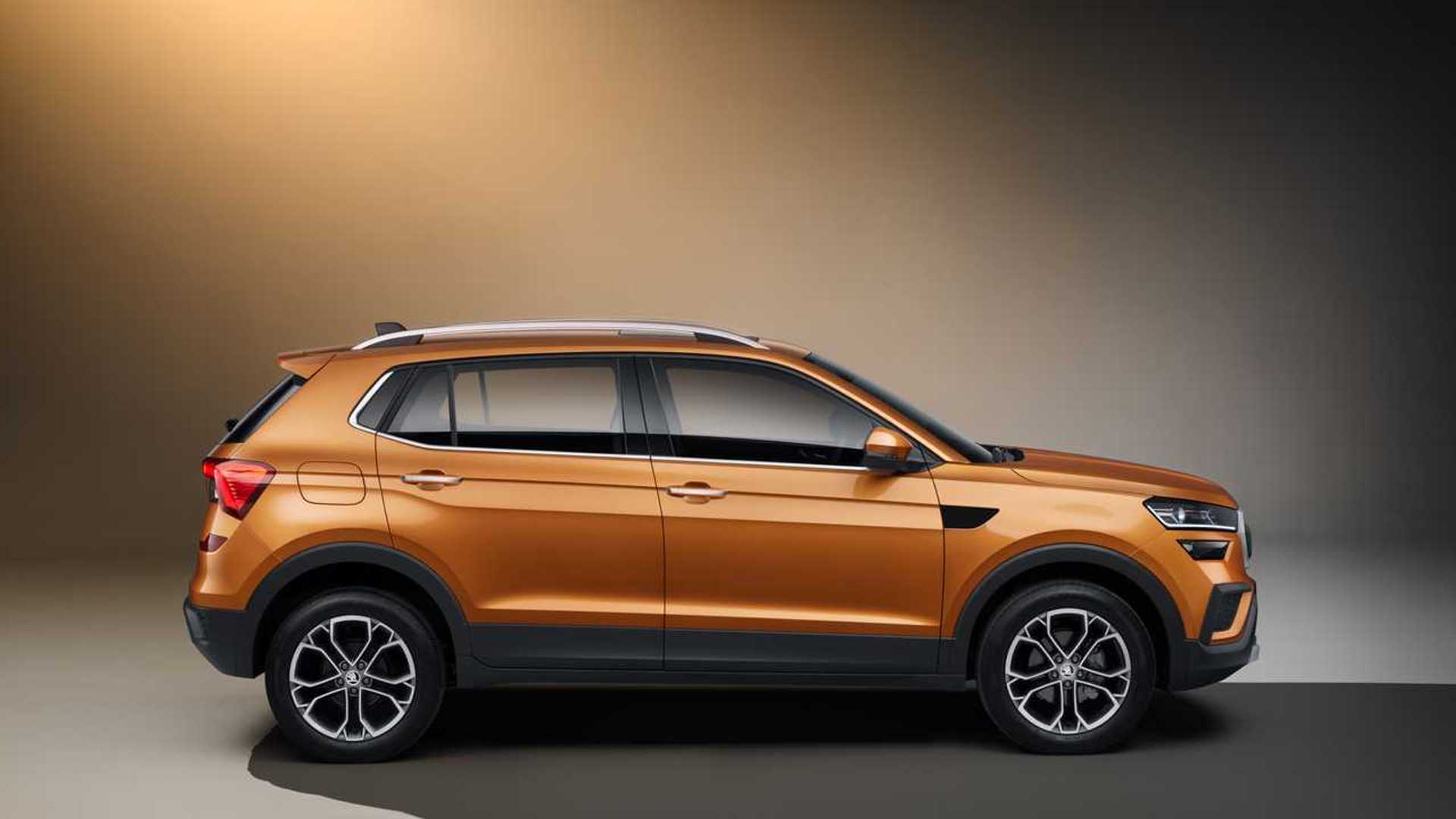 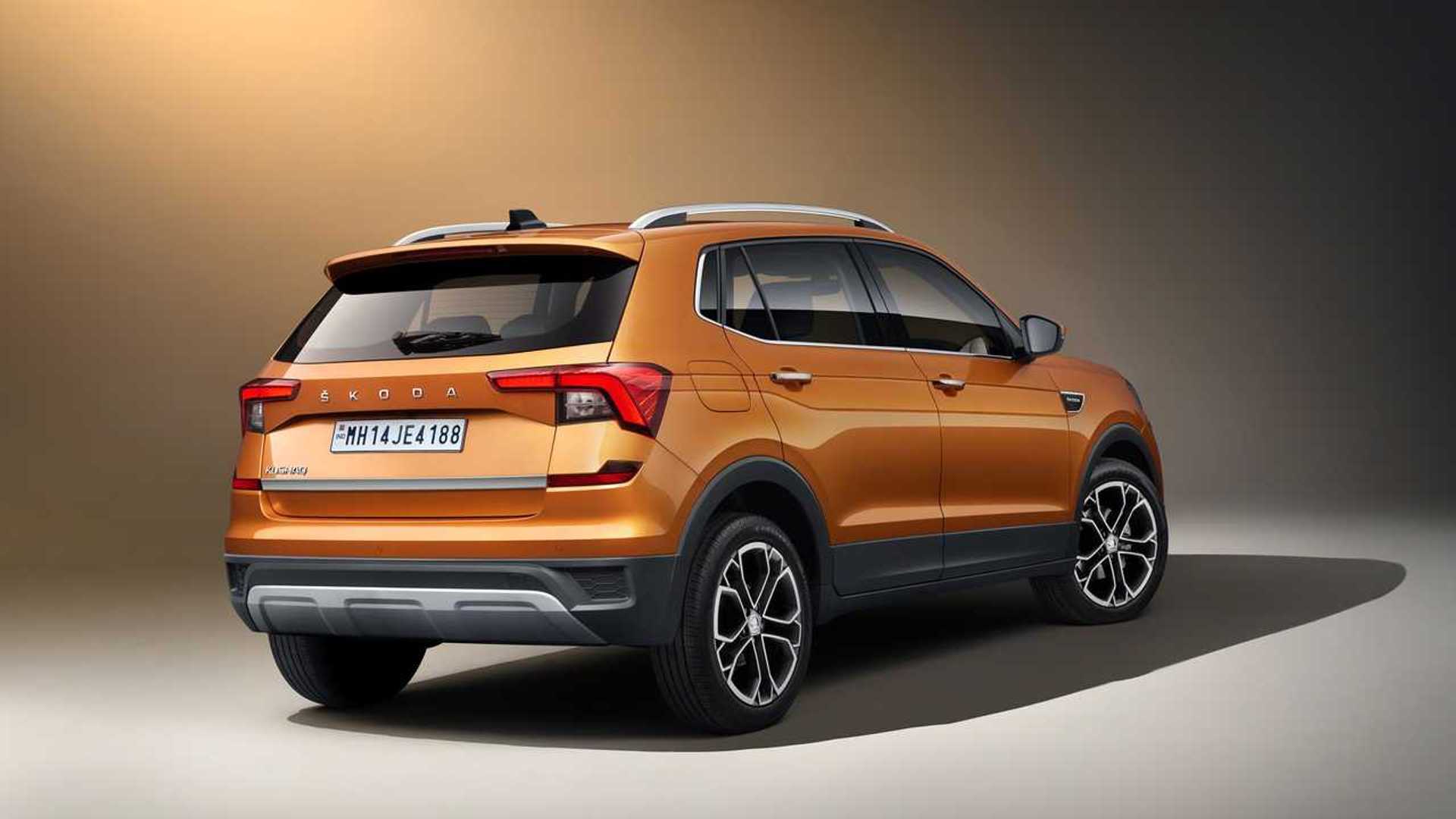 Featured here in the India-exclusive Honey Orange paint, the new Kushaq rides on 17-inch alloys with a two-tone design while lesser versions get 16-inch steel wheels. Skoda will also sell the crossover with a model-reserved Tornado Red paint together with already available Carbon Steel, Reflex Silver, and Candy White hues.

Much like the exterior design sends out a Euro vibe, the cabin also doesn’t stray away too much from the Kamiq. It gets Skoda’s swanky new two-spoke steering wheel and the latest tablet-style infotainment system, while the touch-sensitive climate controls are different than the traditional knobs and digital screen used by its European cousin.

As you would expect from a Skoda, the interior is impressively spacious, thanks to a wheelbase stretching at 2,651 mm (104.3 in) – among the longest in its class. There are numerous cargo compartments providing a total storage volume of 26.2 liters along with a 60:40 split-folding rear bench with a 385-liter volume behind it.

LED ambient lighting is available, as are ventilated front seats wrapped in leather. Step up to more expensive versions and the main screen’s size jumps from seven to ten inches while the upgraded sound system even has a subwoofer in the spare wheel well.

Power is provided by the familiar three-cylinder 1.0-liter gasoline engine with 115 horsepower and 175 Newton-meters (129 pound-feet) of torque. The turbocharged mill is hooked up to a standard six-speed manual or an optional six-speed automatic. The larger and more powerful four-cylinder 1.5-liter is rated at 150 hp and 250 Nm (184 lb-ft) and comes with a six-speed manual or a seven-speed, dual-clutch auto. Regardless of engine and gearbox choice, the Kushaq comes only with a front-wheel-drive layout.

The crossover will go on sale in June and customer deliveries are going to commence a month later. The Kushaq is the first out of four dedicated models jointly planned by Skoda and Volkswagen for the world’s second-most populous country.