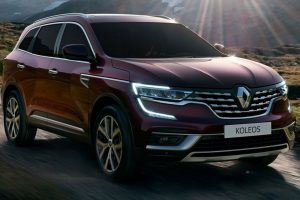 Renault distributor TC Euro Cars has introduced the 2021 Koleos in Malaysia, two years after the SUV received its first facelift. The model year update brings a couple of mild aesthetic revisions as well as a few equipment upgrades, although the mechanicals remain identical.

Prices start at RM181,886 on-the-road without insurance for the base model, rising up to RM201,087 for the Signature and topping out at RM206,887 for the Signature Plus. Those figures represent a significant increase over the previous model, ranging from RM8,685 to a whopping RM19,020. Included is a 50% sales and services tax (SST) rebate valid until June 30, as well as a five-year, unlimited-mileage warranty.

Whichever model you get, the Koleos is powered by the familiar 2.5 litre naturally-aspirated four-cylinder engine, lifted from the Nissan X-Trail. It makes 171 PS at 6,000 rpm and 226 Nm of torque at 4,400 rpm, sent to the front wheels through an Xtronic CVT. Fuel consumption is rated at 8.1 litres per 100 km. The Koleos retains the same exterior design introduced on the facelift, but with a couple of key changes. The projector Pure Vision LED headlights have been switched to reflector units, which are claimed be 10% more energy efficient compared to the previous lamps. They continue to be offered as standard across the range, as are the LED taillights with a new three-dimensional effect and sequential indicators.

Inside, the Signature and Signature Plus receive new front seats with wider “relax” headrests and cushion length adjustment, as well as ventilation and driver’s side massage and memory functions. They also feature Sand Grey quilted Nappa leather upholstery (replacing the previous Riviera leather, still offered on the base Koleos) and natural grain grey wood trim (the base model’s striped wood decor is also new), all of which go some way towards justifying the price hike.

The Signature adds on 19-inch Kavea alloys and a panoramic glass sunroof, on top of the aforementioned accoutrements. Differentiating the Signature Plus from the other models are grey front and rear bumper skirts, side steps and a front and rear dash cam.