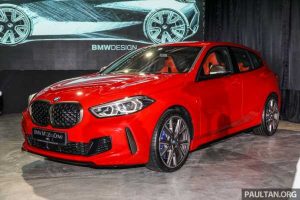 BMW Malaysia has released an updated price list that now includes not only newly launched models, but also cars that weren’t found in the earlier list. We also noticed some price changes for certain models, which we will get into later on. These prices will remain in effect until December 31, 2020 and reflect the sales tax relief for private vehicles announced by the government back in June this year.

Further down the list, the X1 sDrive18i, X3 M, X4 M, M8 Coupe and M8 Gran Coupe all follow the pricing stated in their respective launch stories, so there’s nothing different except that they are now bundled into the same list.