The Toyota Tundra and Nissan Titan pickup trucks are relative outliers among rivals from Ford, General Motors, and Ram, but far from also-rans. Combined, the two trucks outsold nearly every new sedan on sale last year, and the two pickups trade on perceived reliability and affordability, respectively, to woo buyers away from more popular truckmakers.

Our TCC Rating favors one, but it’s only a win on paper. The Titan’s 5.4 TCC Rating doesn’t include a safety score because official data isn’t yet available. The Tundra’s 4.8 TCC Rating does include safety data—and poor scores at that. We can’t say the Titan would fare much better once officials scores roll in, so we’ll have to wait and see.

So which one is better for you? Glad you asked.

Both pickups rely on V-8 power in every configuration, with rear- or four-wheel drive.

The Toyota Tundra uses a 5.7-liter V-8 that makes 381 horsepower and 401 pound-feet of torque and drives a 6-speed automatic transmission. The Tundra is rated to tow up to 10,200 pounds when properly equipped and lug up to 1,730 pounds in the bed, which is on par with other gas-powered full-size trucks.

The Titan’s lone engine is a 400-hp 5.6-liter V-8 teamed to a 9-speed automatic, which is new this year. The V-8 makes up to 413 lb-ft of torque and is rated to tow up to 9,370 pounds when properly equipped and carries up to 1,680 pounds in the bed. The Titan’s performance trump card is an extra-duty Titan XD (Eds note: See what they did there?) that tows up to 11,000 pounds and 2,450 pounds in the bed. That’s far short of domestic truckmakers’ heavy-duty offerings, but more in line with how many truck owners actually use their trucks.

Both trucks ride on ladder frames with independent front suspensions and solid rear axles at the rear designed for tough terrain. Both are fairly stiff unladen, and both offer off-road-oriented trims that sub in tougher shocks, lockers, and underbody protection.

Despite the numerical advantage, the Tundra wins out on our performance scale thanks to its V-8’s smooth acceleration and willing power throughout the rev range. Every Tundra feels up to the task, and owners have reported that their big V-8s are mostly bulletproof. A turbodiesel-powered Titan was available in prior years that was similarly smooth, although Nissan shelved that model in 2019.

The Titan and Tundra both make do with interiors that are a half-step behind domestic rivals and steer toward wash-and-ready instead of opulent. The trucks nominally seat five in base, extended-cab models although they’re hardly comfortable. Four-door crew cabs are much better for people and as family vehicles, and we recommend them. The Titan’s interior is a little more upscale than the Tundra’s, which is showing its age.

Neither truck can be had as a regular cab, and both start off as extended-cab versions with rear-hinged rear doors. Both pickups are more likely to be full-size, four-door crew cabs, which are more popular among buyers—they’re replacement family vehicles. The Titan is more comfortable, with newer tech and a large touchscreen that is appealing. The Tundra is similarly comfortable, but its interior and dash are aged.

Base Tundras cost just north of $34,000 and base Titans almost $38,000. Discounts should be plentiful on both; friends don’t let friends pay retail for trucks.

Our recommended Tundra SR5 with off-road package and Titan SV with a convenience package cost about $48,500 and $51,000 with four-wheel drive and four doors, respectively, which is a far cry from the pickups’ base prices. That’s pickups these days, and domestic competitors offer many more light-duty trucks that don’t blink past $60,000.

In the cases of the Tundra and Titan, both trucks are outliers in the arms race between the Detroit automakers. That’s insulated both from some of the costly upgrades and conveniences that others offer, but it also means that good deals should be available for both as long as shoppers’ needs don’t surpass their capabilities. In the end, the Titan narrowly edges the Tundra based on its better equipment at base trim levels. 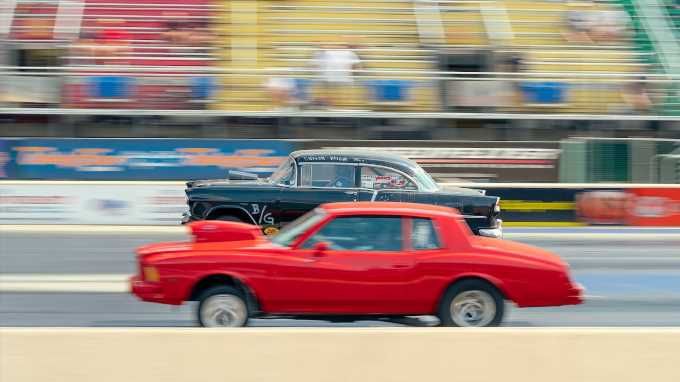