The 2020 Hyundai Verna Facelift has gone on sale in India today with prices starting at ₹ 9.30 Lakh (ex-showroom, Delhi). However, changes on the new Verna facelift are not only limited to cosmetic updates, but also a new BS6 engine line-up. Broadly, the 2020 Verna will be sold in India in three variants- S, SX and SX(O) both in petrol and diesel iterations, but will have different engine and gearbox combinations which have been priced accordingly. Read on to know how the new Verna Facelift fares up against its core rivals- the Maruti Suzuki Ciaz and Honda City, in terms of pricing. 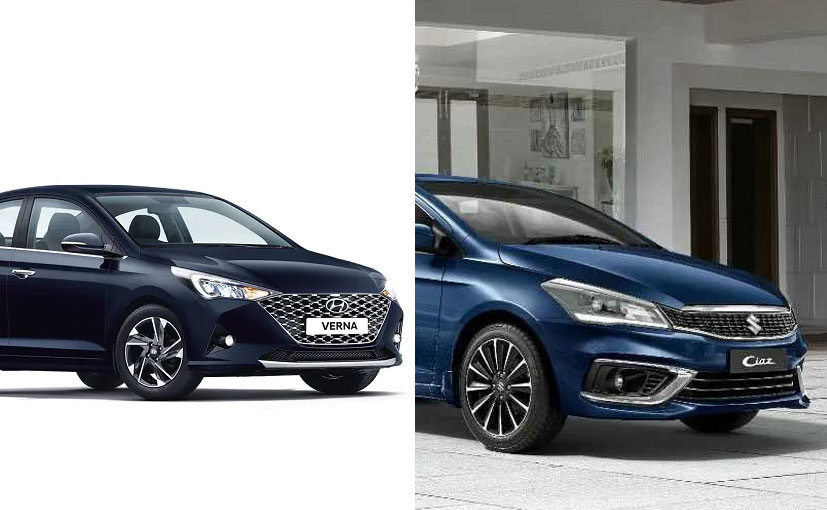 The Maruti Suzuki Ciaz is the most affordable sedan in the segment.

The Maruti Suzuki Ciaz is not only the least expensive car of the lot, but also is the most affordable compact sedan on sale in India. With prices starting at ₹ 8.32 lakh, it is almost a lakh cheaper than the Hyundai Verna petrol while the price difference goes up to ₹ 2.62 lakh for the range topping manual variants. As far as automatic variants are concerned, price difference between the automatic variants is as high as ₹ 2.89 lakh. 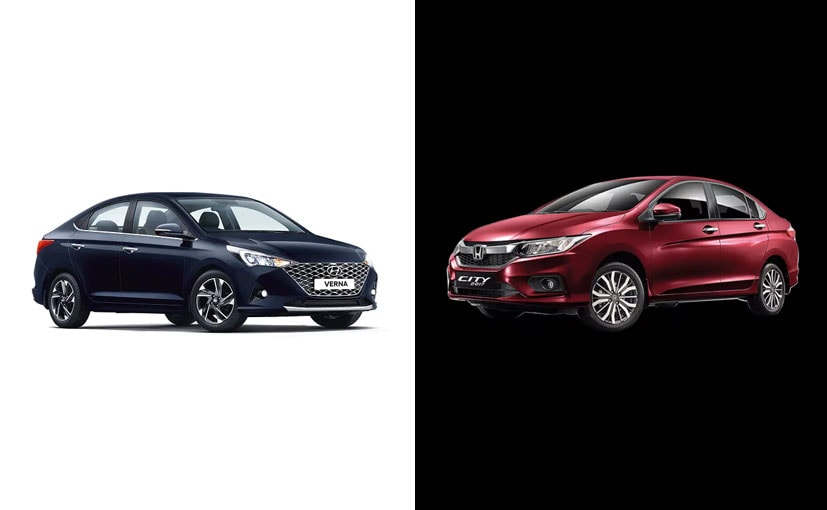 The new-generation BS6 Honda City is yet to be launched in India.

Well! It won’t exactly be an apple to apple comparison between the 2020 Hyundai Verna Facelift and the Honda City. The current-generation Honda City is actually an outgoing model and the fifth-generation sedan would have arrived by now if things would have been normal. Yes! As you would have guessed it, the launch of the new-generation Honda City has been delayed because of the Coronavirus pandemic and the nationwide lockdown called to prevent its outbreak. The current Honda City is the BS4 model and the upcoming car will have a completely different BS6 engine line-up with revised pricing.

Getting back to the current car, it gets the 1.5-litre, four-cylinder, i-Vtec motor and 1.5-litre, four-cylinder, i-Dtec engine. While the petrol engine in the Honda City is also available with a CVT automatic transmission along with a manual transmission, the diesel engine is offered with a six-speed manual transmission as standard. The base model of the current-generation Honda City is ₹ 61,000 more expensive than the base model of the Hyundai Verna Facelift, while the price difference reduces to ₹ 32,000 for the range topping automatic variants. That said, while the Honda City still continues with the tried and tested CVT automatic transmission, the Verna gets a much responsive dual-clutch transmission with the 1.0-litre turbocharged engine which is also the most powerful engine in this comparison. The 1.5-litre petrol engine is available with an iVT (CVT) transmission even in the Verna.