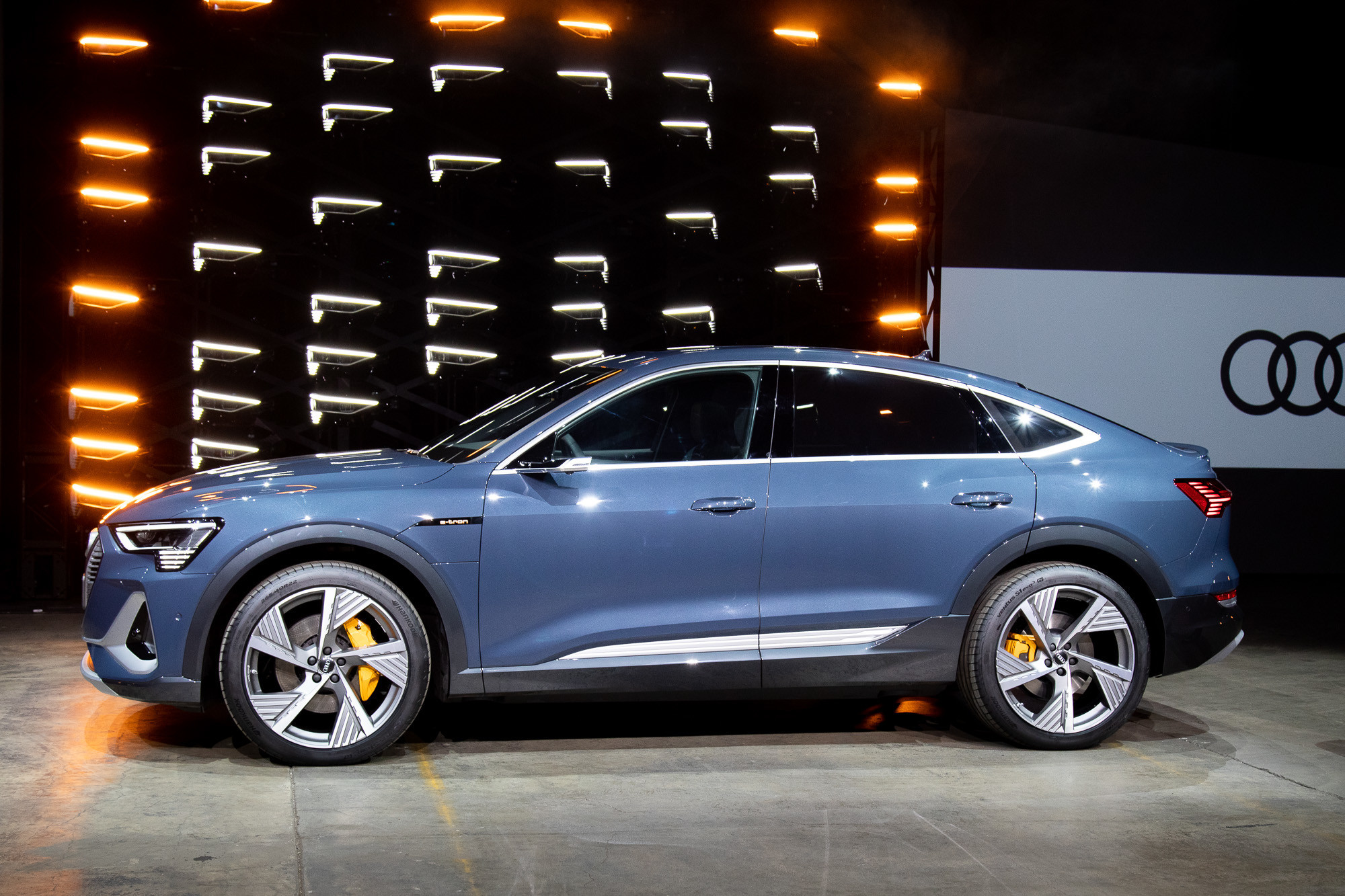 Audi’s latest all-electric vehicle, the 2020 E-Tron Sportback, arrives in dealerships in time for summer and will be priced from $78,395 (including a $995 destination fee) before any federal or local tax credits are applied. As expected, that’s a bit steeper than its E-Tron traditional-SUV sibling, but unlike other manufacturers’ coupefied SUVs, the E-Tron Sportback actually benefits from its styling, possessing increased range over the E-Tron thanks to its more efficient aerodynamics.

According to Audi, the E-Tron Sportback boasts an EPA-estimated range of 218 miles, an increase of 14 miles over that of the traditionally styled E-Tron, and an mpg-equivalent rating of 76/78/77 mpg city/highway/combined. With Tesla offering multiple models with more than 300 miles of total range, 218 might not seem like much, but Audi believes it’s more than adequate for buyer’s needs. Audi says the average “premium” vehicle owner travels 30 miles a day, and with Audi’s collaboration with Amazon Home Services, buyers can get a Level 2 charger installed in their home, allowing them to wake up each day with a fully charged vehicle.

Charging at No Charge

Volkswagen subsidiary Audi is also partnering with another VW subsidiary, Electrify AmericaElectrify America, to provide E-Tron owners with support for charging away from home, such as on longer trips, and including 1,000 kilowatt-hours — roughly 2,500 miles’ worth, Audi estimates — of charging at Electrify America charging stations with the purchase of an E-Tron Sportback.

The E-Tron Sportback has one motor on each axle producing a total of 355 horsepower, or 402 hp when using its Boost Mode feature. In Boost Mode, it can go from 0-60 mph in an Audi-estimated 5.5 seconds. Other standard features include an adaptive air suspension, heated and cooled front seats, and an overhead camera view.

Competition for the E-Tron Sportback is still relatively slim, particularly if we’re only looking at all-electric SUVs — and luxury ones at that. The non-Sportback version of the E-Tron is one such competitor, offering increased utility and slightly less range for a lower price. The Tesla Model X is more expensive (and not currently eligible for federal tax credits), but it has more total range and is also much bigger, offering an additional row of seats. The Mercedes-Benz EQC is less expensive and a more traditionally styled SUV, but it isn’t expected to arrive in dealerships until 2021. The Jaguar I-Pace is also less expensive and has a higher EPA-estimated total range.