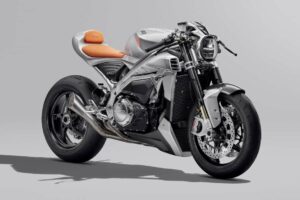 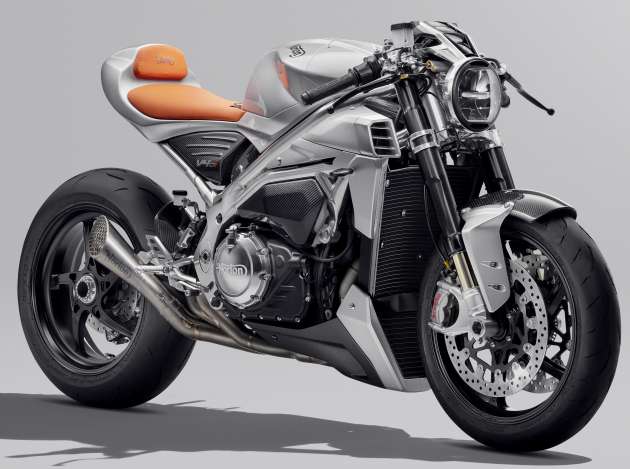 After a rescue by TVS Motor Company of India and a move to new premises for its reorganisation, Norton Motorcycles has unveiled the Norton V4CR Cafe Racer prototype. As the first of its new designs to be built and engineered in Solihull, UK, the V4CR draws DNA from the Norton V4SV sportsbike.

Sharing the same V-four engine in the V4SV, the V4CR gets a claimed 185 hp from 1,200 cc, putting it in the same range as the current crop of litre-class naked sports motorcycles in the market. The V4CR comes with a carbon-fibre fuel tank and bodywork, carried on an aluminium frame plus billet aluminium swingarm. 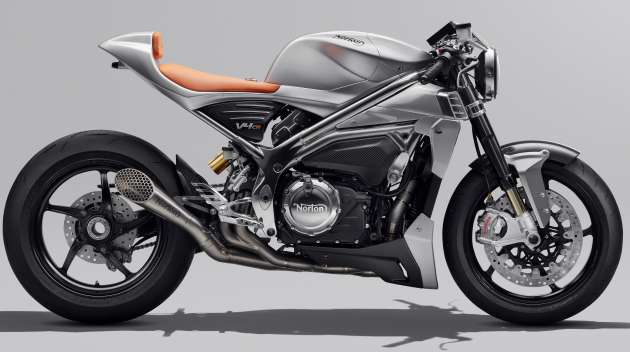 From the rendering supplied by Norton, the V4CR seems equipped with the necessary equipment expected of a motorcycle in this class, including Brembo brakes, upside-down forks and cafe racer style single seat. Also seen are a single-sided swingarm and titanium exhaust.

In development over the past 16 months, the V4CR, and the V4SV, signals a rebirth for the 122 year old British motorcycle brand after financial troubles brought about by allegations of tax irregularities and misappropriation. TVS Motorcycles purchased Norton for a cash price of 16 million pounds sterling (RM90.03 million) in April 2020.