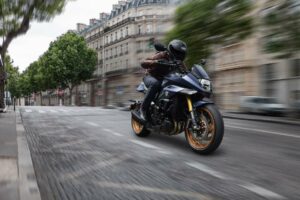 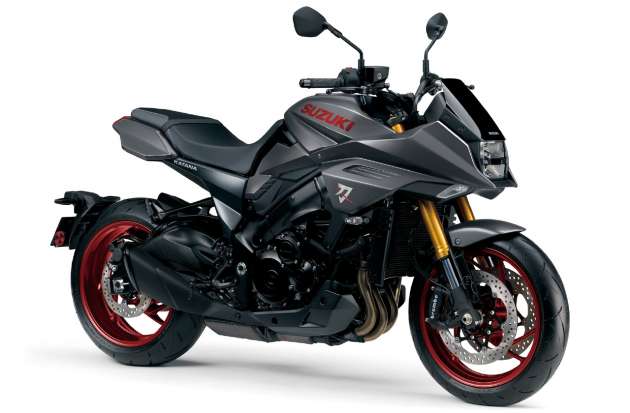 The Suzuki Katana GSX-S1000S has received a refresh for the 2022 model year following the current bike’s original debut in October 2018, itself a 21st-century reprise of the Hans Muth-penned original GSX-1100S Katana of the Eighties. As seen here, the update brings new colours in the form of Metallic Matt Stellar Blue and Solid Iron Grey.

Its throttle ensemble has been revised with a new ride-by-wire system as well as a new, smaller electronic throttle body measuring 40 mm, along with a recalibrated Suzuki Drive Mode Selector (S-DMS) with three ride modes. In terms of driveline, there is now a slip-and-assist clutch, while a two-way quickshifter and five-stage traction control are now standard.

Chassis appointments for the present-day Suzuki Katana continue to be as before, with a fully adjustable Kayaba front fork and a rear monoshock adjustable for preload and rebound. Front brakes are 310 mm discs with Brembo four-piston calipers, while fuel tank capacity is 12 litres.

In addition to the aforementioned ride modes, the 2022 Katana continues to include traction control and two-channel ABS. Seat height is 825 mm while overall weight is a claimed 215 kg.

The Suzuki Katana was introduced to the Malaysian market in August this year in pre-update guise, arriving with a price tag of RM77,989.