30 minutes with Shafriman: Sepang CEO talks about the loss of Petronas sponsorship and moving forward – paultan.org 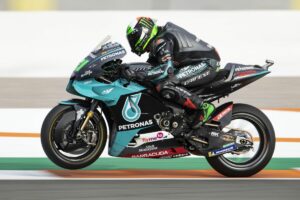 In a press conference with Malaysian media, Sepang International Circuit chief executive officer Azhan Shafriman Hanif reiterated that its efforts to develop national motorcycle racing talent from the grassroots up are still in place and will continue. With the ending of Petronas’s sponsorship, SIC will have no involvement with Sepang Racing Team (SRT) which will now become a separate entity.

“Yes, SRT, or whatever form it will take next year, will be under (team principal) Datuk Razlan Razali and will compete in MotoGP, while the Moto2 and Moto3 teams will be dropped. As to what plans he may have, I’ll leave it to him and the team to explain in due course,” said Shafriman.

For the 2020 MotoGP championship season, Petronas has ended its sponsorship contract with SIC, with the circuit management now inviting sponsors, both big and small, for motorsports and other events at the circuit. “We are open to sponsors but of course with these tough times facing the (motorsports) industry, budgets are being reduced, we understand this. We are open to exploring avenues for non-traditional sponsors as well for the development of motorsports in Malaysia,” Shafriman added. Petronas, via its lubrication products arm Petronas Lubricants and the Sprinta brand, had a five-year contract with SIC for sponsorship of a racing team. The aim of the contract was to push forward Petronas lubricants on a global platform and a source in the industry informed paultan.org MotoGP was seen as the ideal platform for penetrating the two-wheeler market.

“As per the press release from the Ministry of Youth and Sport (KBS), the aim of the contract was achieved,” Shafirman said, “but there will be opportunities for SIC to work with Petronas in the future, moving forward.” Asked whether this might involve one-off events and races, Shafriman explained, “there are always opportunities for collaboration with Petronas and other sponsors.” Speaking on plans for the young Malaysian motorcycle racers competing in Europe, Shafriman said plans have been put in place to further bolster the team, including the hiring of Malaysian Olympic cyclist Josiah Ng to help train them in fitness and mental fitness. Additionally, TV and motorsports personality Nurul Alis Aidil Akhbar, popularly known as Kiki, has be brought on to work on the SIC Racing Team’s public relations.

“We have not stopped developing young racing talent in Malaysia with the aim of putting them on the international stage. But this means there is a performance criteria that has to be met, we don’t want to have a Malaysian rider in the team just because he is Malaysian,” explained Shafriman. “Our riders here in Malaysia have a lot of talent and we aim to give them a platform to develop the talent,” he said. Shafriman was however realistic about the chances of SIC’s young riders in CEV moving up to MotoGP and its associated championships, Moto2 and Moto3.

Deliberating on a question asked on whether the Malaysian racers will have it tougher now that there isn’t a Malaysian sponsored team in MotoGP, Shafriman said, “yes, it will be a little tougher. There is no such thing as automatic promotion into the premier classes, of course. A place on the team is based on performance. This means they will have to work harder and compete with the rest of field for a place.”