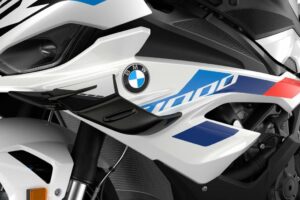 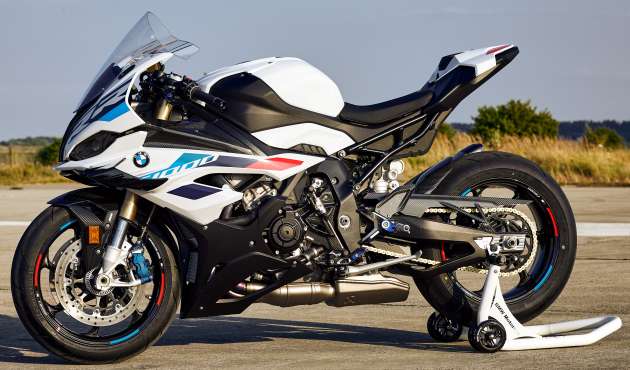 Chasing racing success in the World Superbike Championship, BMW Motorrad unveils a hosts of updates and upgrades for the 2023 BMW Motorrad S1000RR superbike. Attention has been paid to aerodynamics as well as the engine, suspension and chassis package, and electronic riding suite.

New for 2023 on the S1000RR are the winglets on the redesigned front fairing and a new, lighter and sportier-looking rear section. Colour options for the S1000RR next year are Blackstorm metallic, Style Passion in Racing Red non-metallic and the racing-oriented Lightwhite non-metallic/BMW M.

For the aerodynamics setup on the S1000RR, the new winglets provide more downforce during acceleration and pushing the front wheel down on the tarmac while the taller windscreen gives the rider better protection at high speeds. The S1000RR’s tendency to wheelie is reduced, allowing for later braking and increased cornering stability.

The addition of Brake Slide Assist and Slide Control allows for riders to now slide the S1000RR into corners using one of two preset drift angles for the traction control system when accelerating out of bends. Using the steering angle sensor, the rear wheel is allowed to slip when braking into or accelerating out of a corner, enabling rear wheel drift until the preset limit is reached and traction control intervenes.

Updates for the frame include the steering head angle reduced by half-a-degree while the triple clamp offset is reduced by 3 mm with several openings added in the frame itself for increased lateral flexibility. This has the benefit of better riding precision, increased handling accuracy and clearer feedback from the front wheel while the M Chassis Kit is standard with adjustable swinging arm pivot point and raised rear end.

Changes to the tail of the S1000RR include a USB charging port and shorter number plate holder along with a lightweight BMW ‘M’ battery. The rear wiring harness is now optimised to delete the tail light and turn signals for racing purposes.