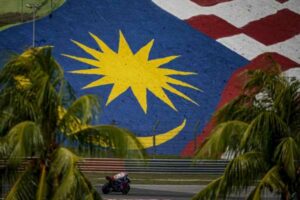 News has been received the Malaysian round of the 2021 MotoGP is cancelled. Scheduled to run from 22nd to 24th October, the cancellation due to travel restrictions, quarantine and other factors was expected.

The scheduled races for Philip Island, Australia, Buriram, Thailand and Japan were earlier cancelled and the Malaysian MotoGP at Sepang International Circuit was expected to follow suit. The Sepang Official Test as well as shakedown test at SIC earlier this year in February was cancelled as well, following re-implementation of lockdowns.

This will mean the entire 2021 MotoGP season, save the season opening race in Qatar, has been run entirely within Europe. Word has not been received as to whether the Malaysian MotoGP will be replaced with another race at a European circuit.