Your Car's Touchscreen Is Three Times Dirtier Than a Toilet, Study Finds 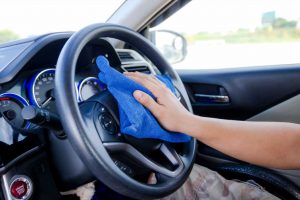 One upside of 2020, if there’s such thing, is that we’ve become more aware of the germs surrounding our day to day lives. Optimistically speaking, it’s safe to assume that most of us have picked up new cleaning or hygiene habits this year. But if there’s one area that we typically overlook, it’s our cars. A recent study conducted by Compare the Market discovered the top five dirtiest parts of a car’s interior—and let’s just say that if you’re the type who constantly eats in your car—it might make you reconsider.

Compare the Market is an automotive insurance comparison website based in the United Kingdom, and its study involved testing ten different vehicles using high-end surface test swabs and computing systems to determine Relative Light Units (RLU). An RLU reading is then compared to the amount of Adenosine Triphosphate (ATP) collected during the swab. Basically, the dirtier the test area, the larger the ATP amount, producing a higher RLU reading. A high RLU reading means gross, dirty, germy, cringing levels of disgust.

The ten vehicles used in the study ranged from family cars and luxury vehicles to work vans. Each one was swabbed in the following places: shifter, indicator stalks, steering wheel, driver seatbelt and seat, interior door handle, windshield, stereo/touchscreen, and rearview mirror. The study also swabbed a toilet seat at an office building to have a comparison in bacteria levels.

According to the results, the dirtiest area of a car is the stereo with total RLU reading that was 371 percent dirtier than an office toilet seat. In second place was the shifter, racking up an RLU reading 331 percent higher than the porcelain throne. That is gross, but not surprising considering how many objects we grab, touch, and scratch before reaching for the stereo volume knob or touchscreen. In third place were the indicators stalks, and fourth and fifth the steering wheel and handbrake. 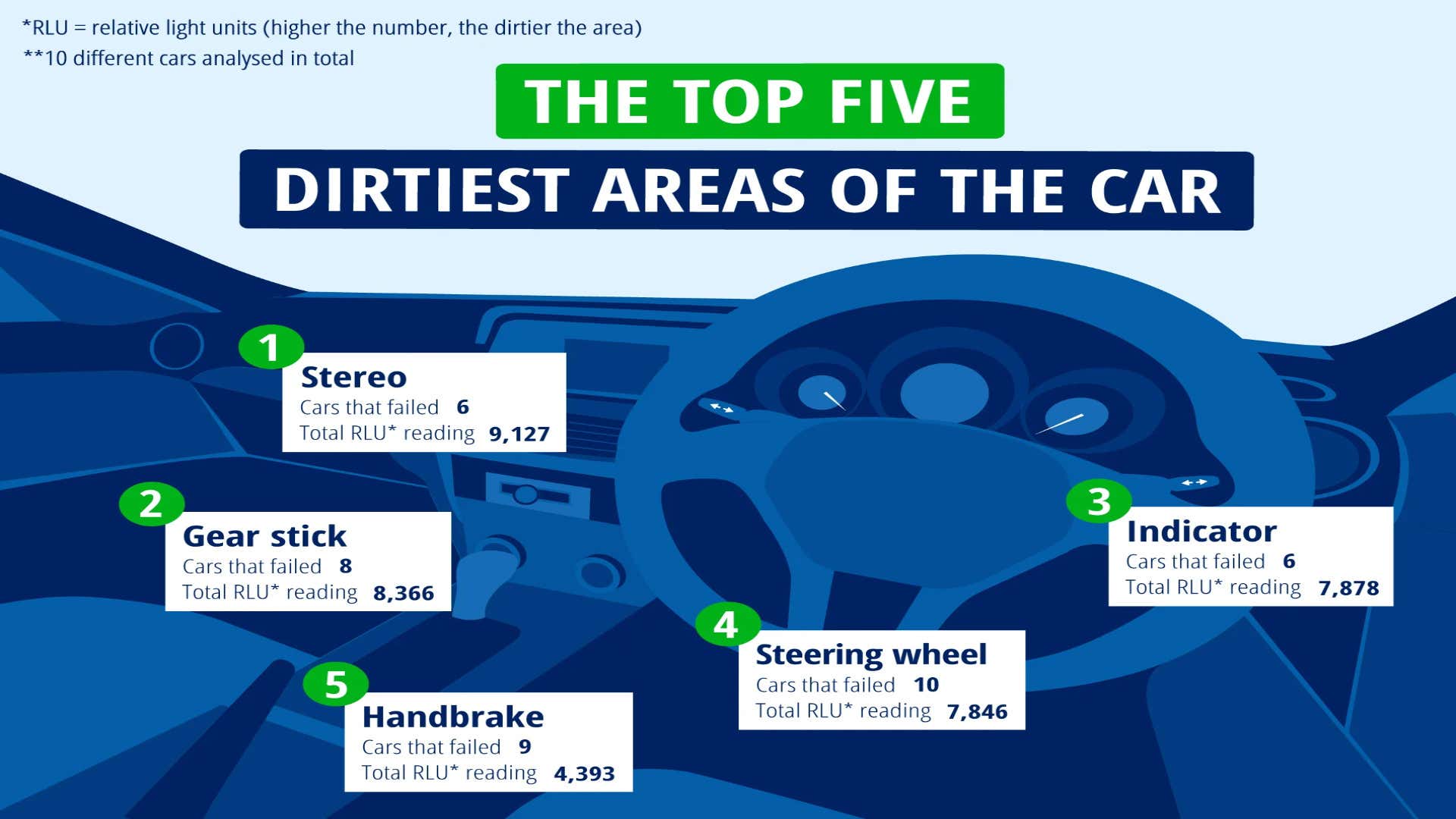 Other results in this test showed that a family car’s interior could be up to twice as dirty as a work van. So, according to this study, a contractor’s drywall dust-covered F-150 is probably cleaner to eat in than a new Lexus SUV with two car-seats in the back.

The goal of the study is not to trick the reader into thinking they are driving a toilet seat around town—or something even dirtier. However, it does serve as a useful reminder to frequently clean and disinfect what you drive. If you can see dust in your car’s interior, it is time to bust out the Lysol.