Are you a big Richard Petty fan looking for your next weekend cruiser (or drag racer)? This Dodge Challenger SRT Demon might be the car for you. It’s VIN #0043, which Petty ordered new, according to its sales listing. He’s signed it in multiple places, and now, it’s up for sale on eBay Motors right now.

Petty is the most successful NASCAR driver ever, with seven championships and 200 wins to his name. He’s won the Daytona 500 no less than seven times, taken 127 pole positions, and racked up 1184 race starts. At 82 years old, he still runs his own NASCAR race team and his restoration shop in North Carolina. There’s a reason they call him the King of Racing.

Petty made sure to get the Demon VIN that matched his NASCAR stock car number, 43. It’s an early build that’s optioned with the Demon Crate, and with just 449 miles on the clock, it still looks new. Petty signed the car’s dashboard and front cowl.

The Demon is currently listed for sale on eBay in Valdosta, Georgia with a “Buy It Now” price of $159,000 or best offer. That’s a bit more than what Demons are currently changing hands for, but considering the original owner, the signatures, and the low mileage, we don’t think it’s too crazy of a number. 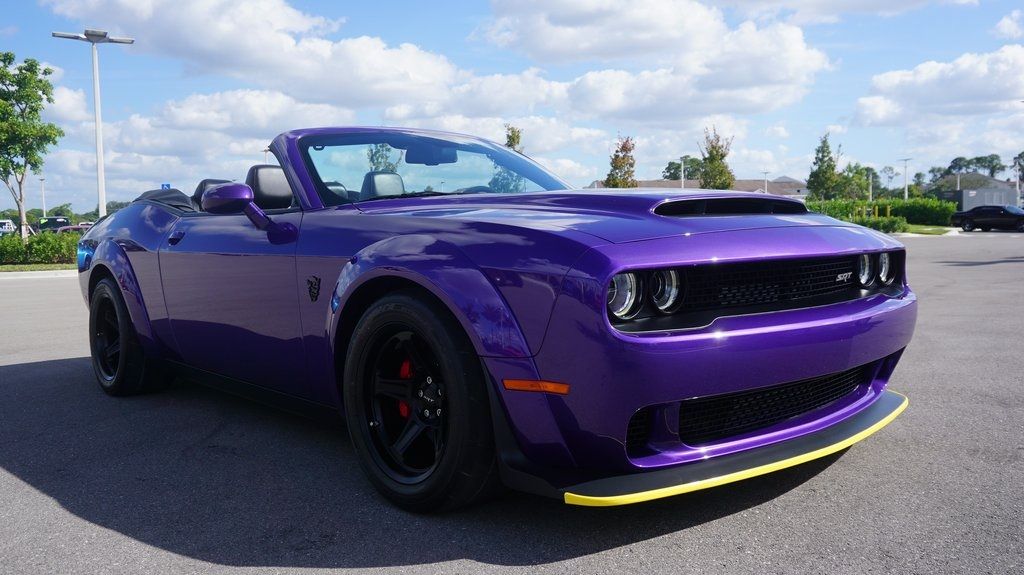