You, Amateur Hoon, Can Own the Ford Focus RS RX From Ken Block’s Gymkhana Nine 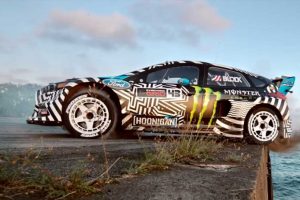 If you’ve ever dreamed of chucking around a 600-horsepower rallycross beast like Ken Block in the Gymkhana videos, here is your chance to do so for a good cause. The 2016 Ford Focus RS RX from Gymkhana Nine is up for sale in Barrett-Jackson’s Fall Auction 2020 with all proceeds going to charity.

The loose-surface specialists at M-Sport tweaked Ford Performance’s Focus RS RX to run in the World Rallycross Championship, but this particular car was the star of the Hoonigans’ Gymkhana Nine: Raw Industrial Playground. The Buffalo-based stunt film featured some of Block’s wildest feats, such as a jump in front of a moving train and a donut so close to the edge that it nearly dropped the car into Lake Superior.

The car itself had to be up to the task, featuring a growling, popping 2.0-liter four-cylinder engine tuned up to 600 hp and 660 pound-feet of torque. A five-speed sequential transmission sends power through a Sadev center differential release unit and a Sadev rear differential. There’s also Cosworth engine management and data logging to fine-tune, nitpick and troubleshoot things on the car.

The chassis was reinforced and seam-welded to take every possible kind of abuse that you’d expect from Block, plus there’s an FIA-homologated, M-Sport-designed roll cage for added safety and stiffness. 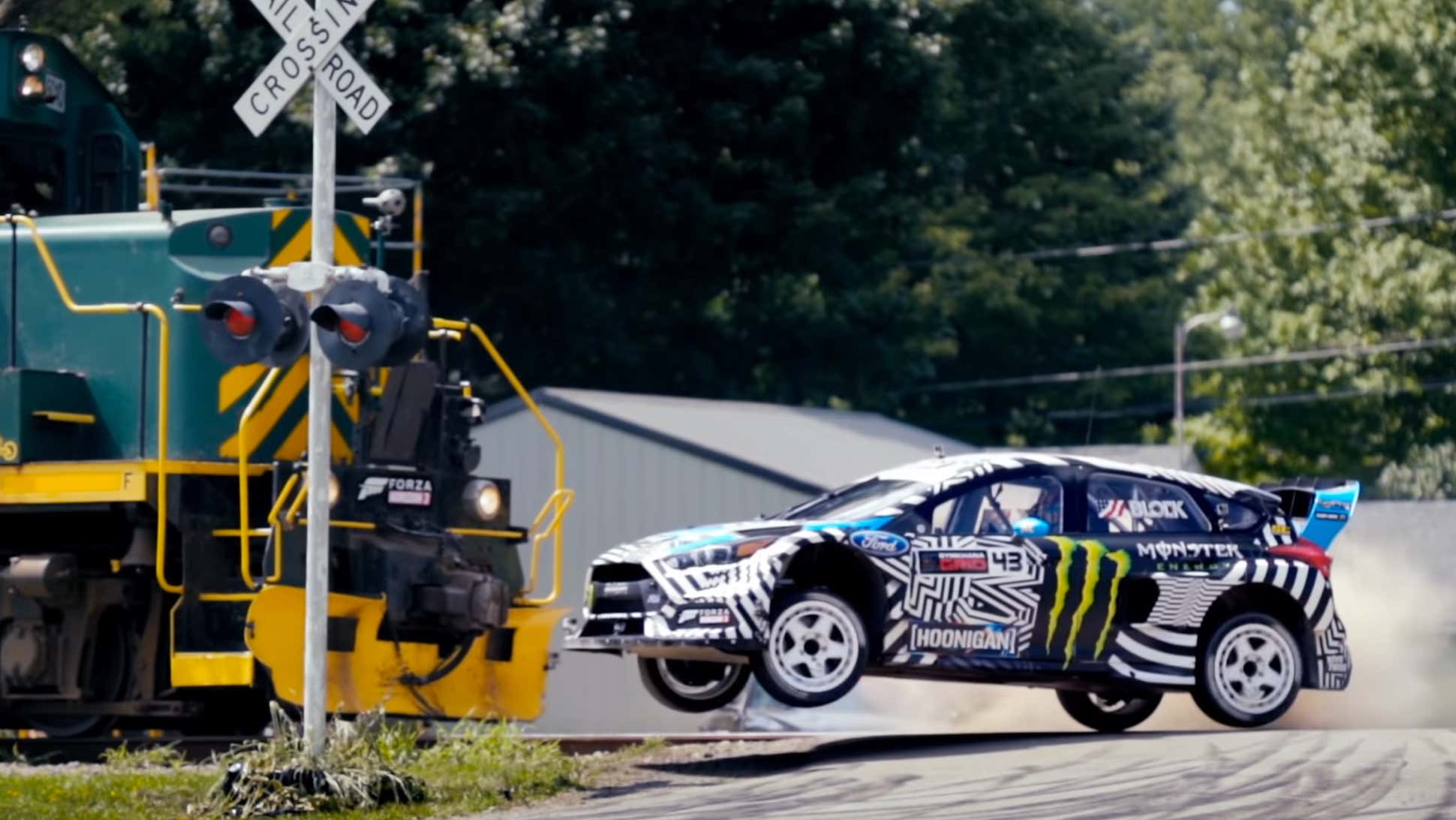 Reiger suspension lets it soak up all the jumps and bumps. Under-body protection prevents you from making the classic amateur hoon mistake of killing the car by landing on something important. (RIP, my rallycross beater, killed by send.) It all rides on 17×8 O.Z. wheels with FIA homologated rallycross tires.

Some 45 million people viewed Gymkhana Nine, and it had numerous behind-the-scenes videos and even a “FordVR” version made with a 360-degree camera.

Sadly, this isn’t street-legal, but all of the final sales price will go to Team Rubicon, a group that allows veterans to continue serving and using their skills through disaster and crisis relief operations.

The auction starts at 5:30 p.m. EDT on October 22nd through Barrett-Jackson, and you can view that listing here. All we ask is that you don’t let it sit in a collection. Please keep using the car as it was intended: By hooning the FIA-homologated tires off of it.