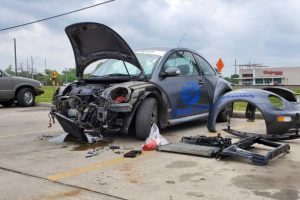 For the second annual Wrench Rally this year, the challenge was laid down: buy a car for less than $1750, get it to the starting line in Houston, and collect points on a road trip to Las Vegas. When you’re finished, you have the option to donate it to a single parent who needs wheels. For 2021, 11 teams of four people each registered for the trip, and of those, six will be donated at the end.

Houston-based rally enthusiast Richard Tomlin is the ringmaster of this rolling circus that spans about 1800 miles. He’s co-piloting the pace car, a 2004 Chevy Corvette Z06 with 209,000 miles on it, which he says still makes “shouty noises,” and he’s exuberant about this rally. 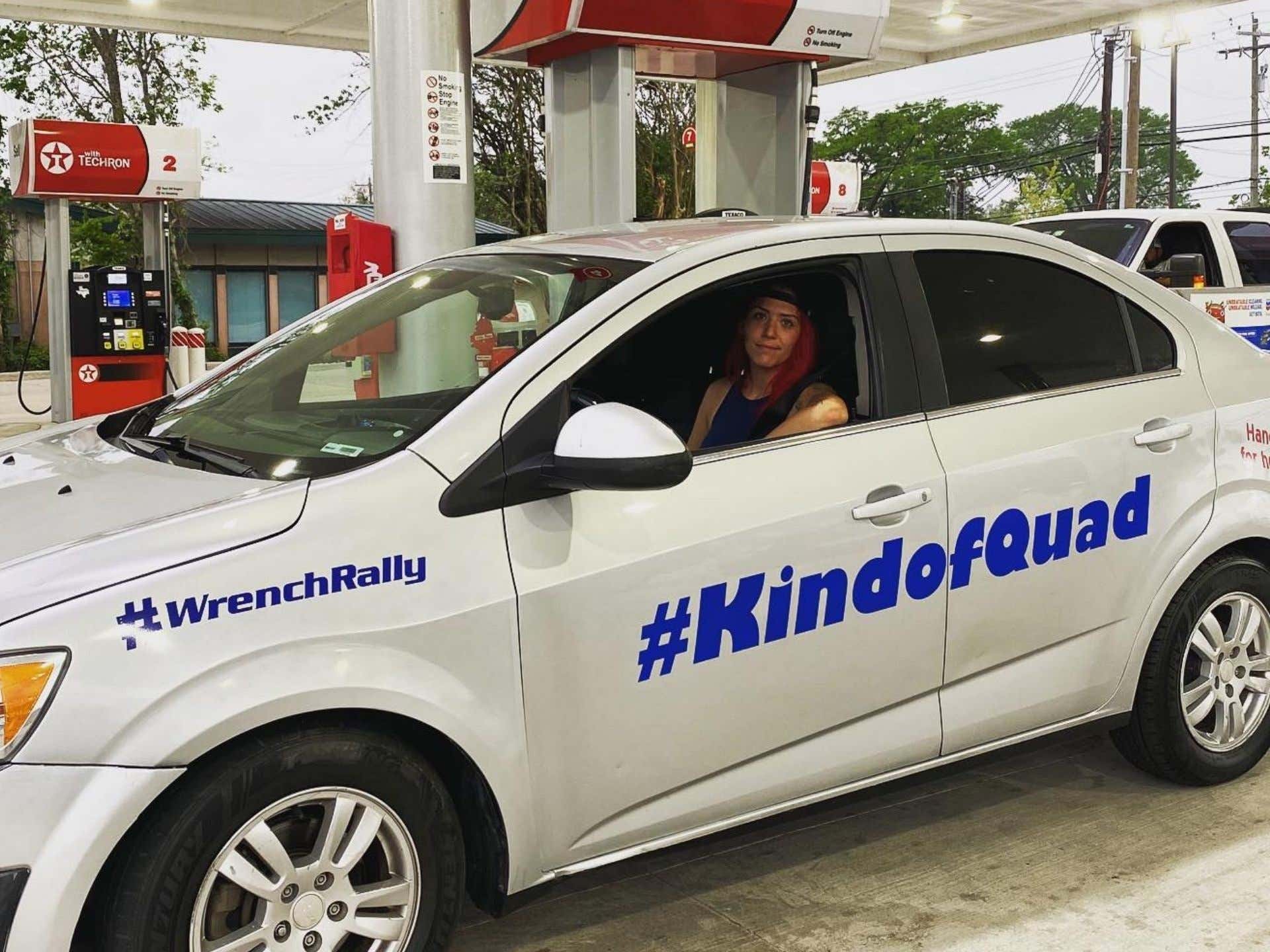 “We can buy a junk car, spent three days on it, and at the end have a decent car for parents to use to take the kids where they need to go,” Tomlin says over the roar of the road.

Last year, Tomlin gave the teams carte blanche to buy any car they wanted as long as it was under $1500. What he learned was that several teams bought cheap two-door cars, which aren’t as useful for single parents to get themselves and their children to school and other activities. For 2021, each team must have four people, so they’re trending toward four-door vehicles. For example, Karah Behrend, a Rebelle Rally participant two years ago and an Air Force veteran, is driving the rally in a Chevrolet Sonic purchased for $400. It had been totaled, so it got a new fender and paint job and it was deemed ready to roll.

Part scavenger hunt, part epic road trip, the Wrench Rally is peppered with points of interest along the way and teams earn credit by taking photos with at least two team members in them at the site. Some interesting items on the list are “take a picture with an alien” and “take a picture with roadkill”. I am sparing you all from the sight of one team posed next to a dead and bloody skunk on the road. You’re welcome. 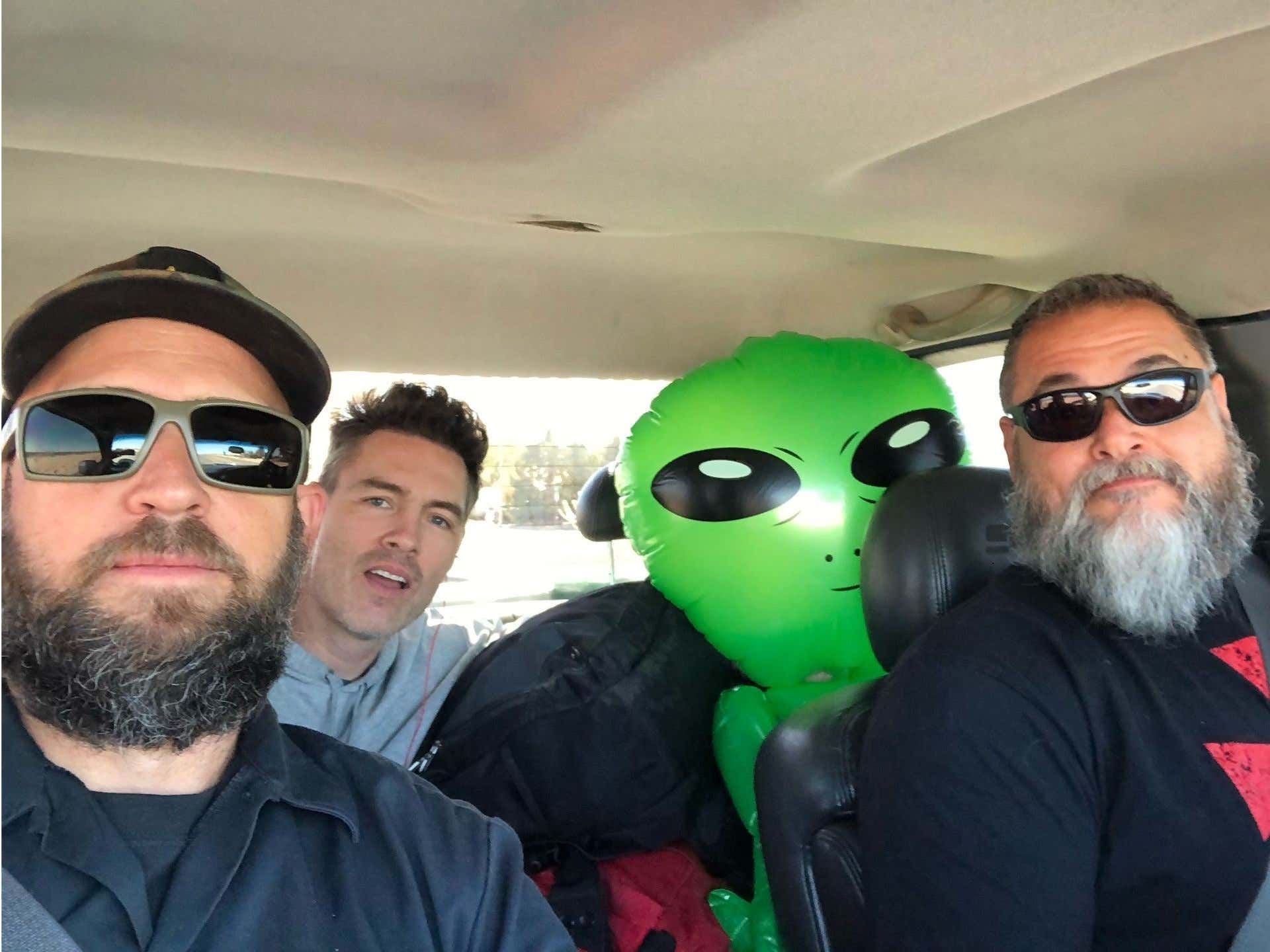 Donated cars are going to JC Supercars in Phoenix, Arizona, a non-profit organization set up to provide reliable transport for single parents; they repair and restore cars for sale to fund JC Supercars’ mission. One recipient of JC Supercars’ donated vehicles tells her story on their site, and it’s situations like this that move Tomlin to keep his rally going:

“About eight years ago I was in a horrible situation. I was being abused every day,” Justine says. “I was beaten, bruised, and hopeless. My abuser sold my 2004 Ford Mustang to a shady abandoned title place for $500 and I was unable to get it back. It wasn’t the money that he did it for; he was trying to keep me immobile. Today just a few blocks away from the spot my car was taken from me, I was given the keys to my very own Toyota Camry.” 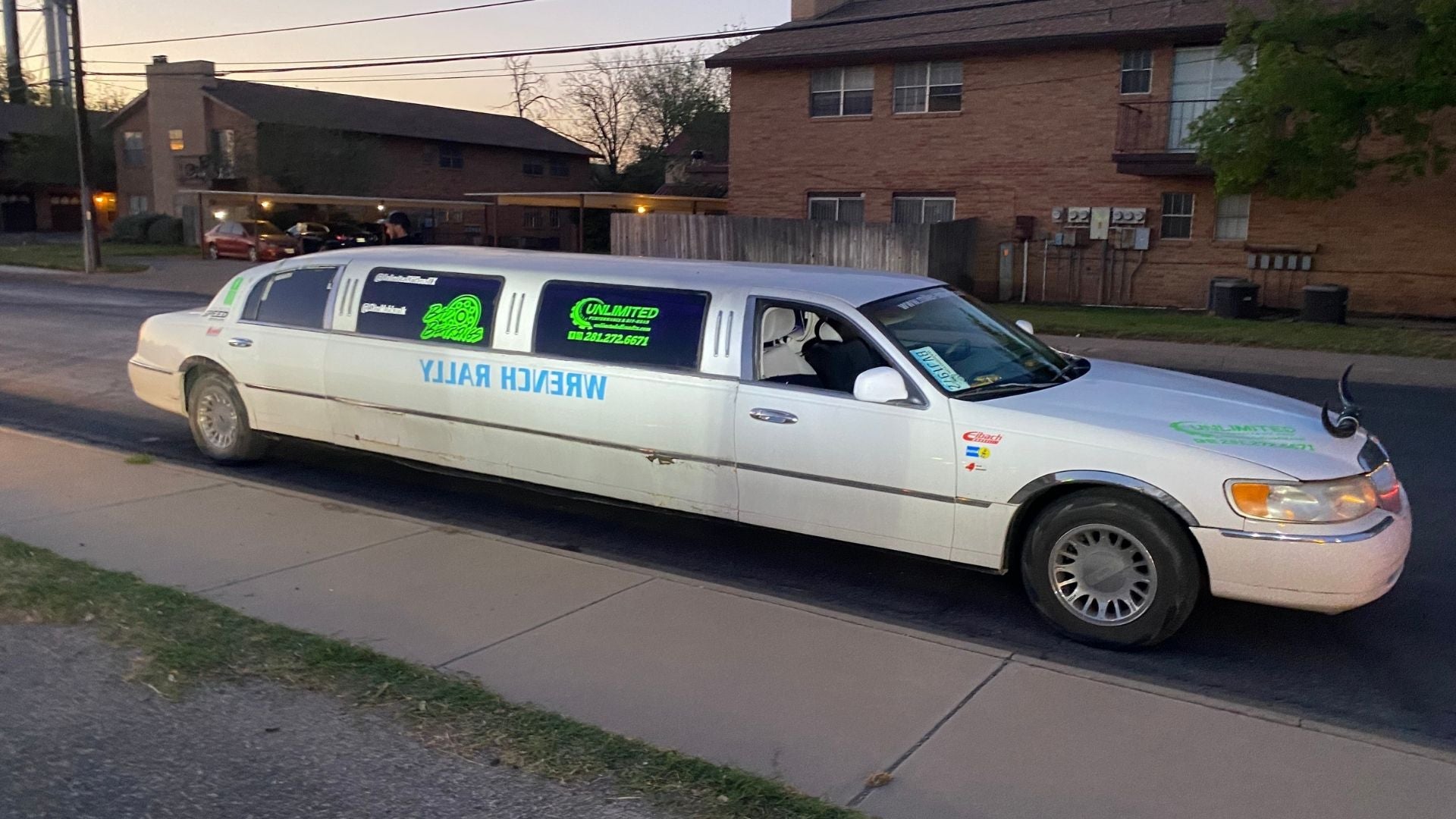 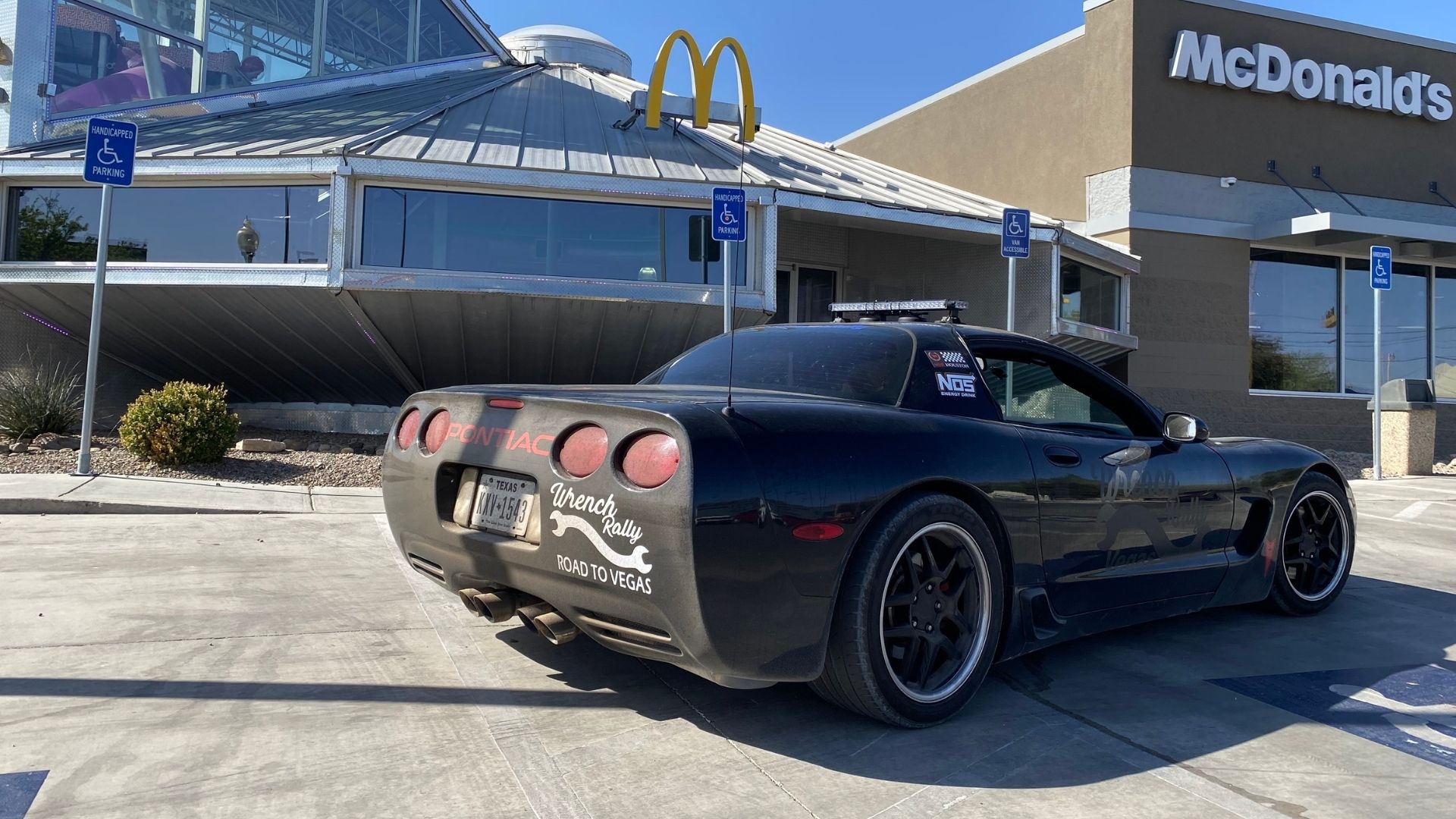 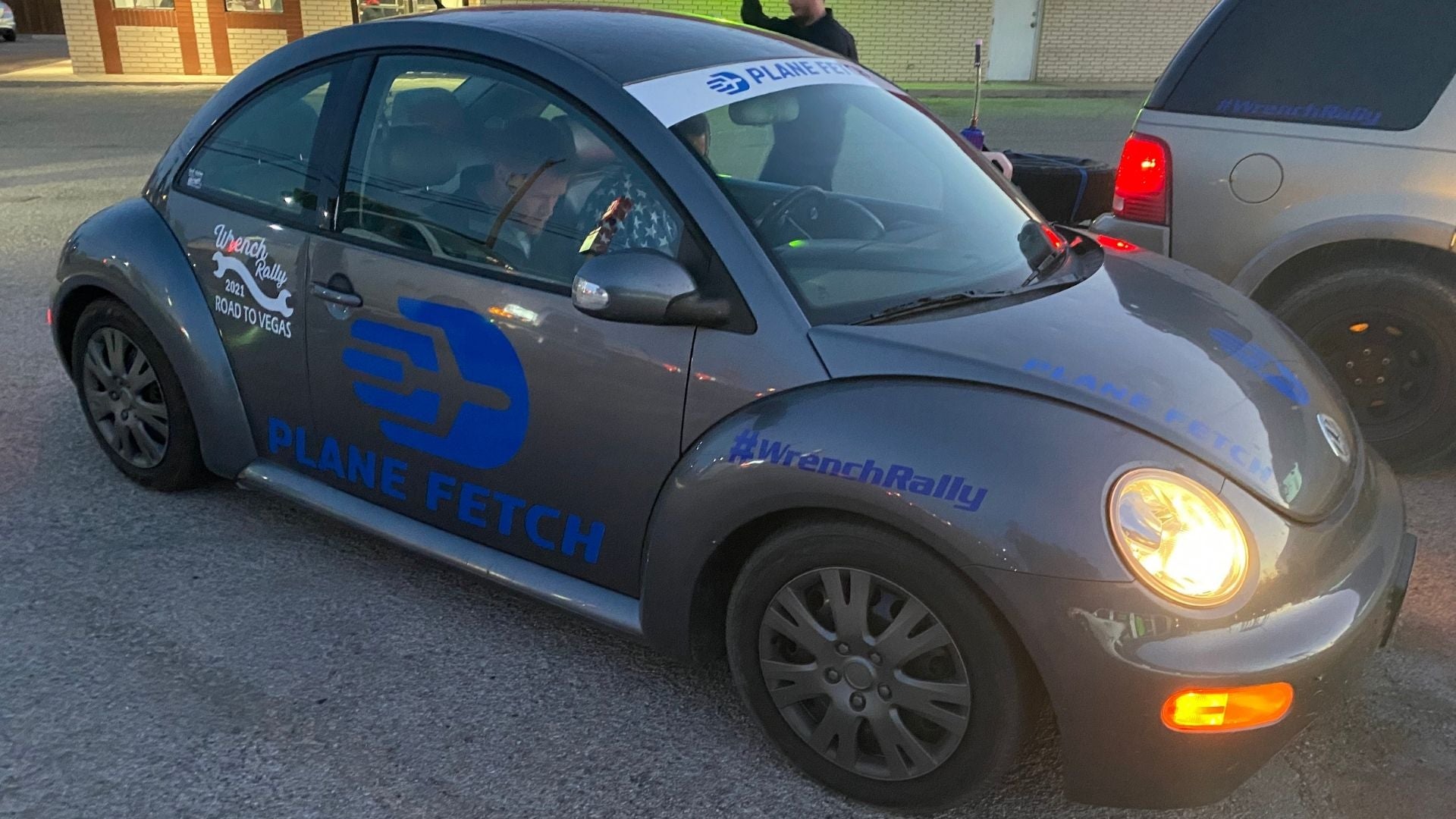 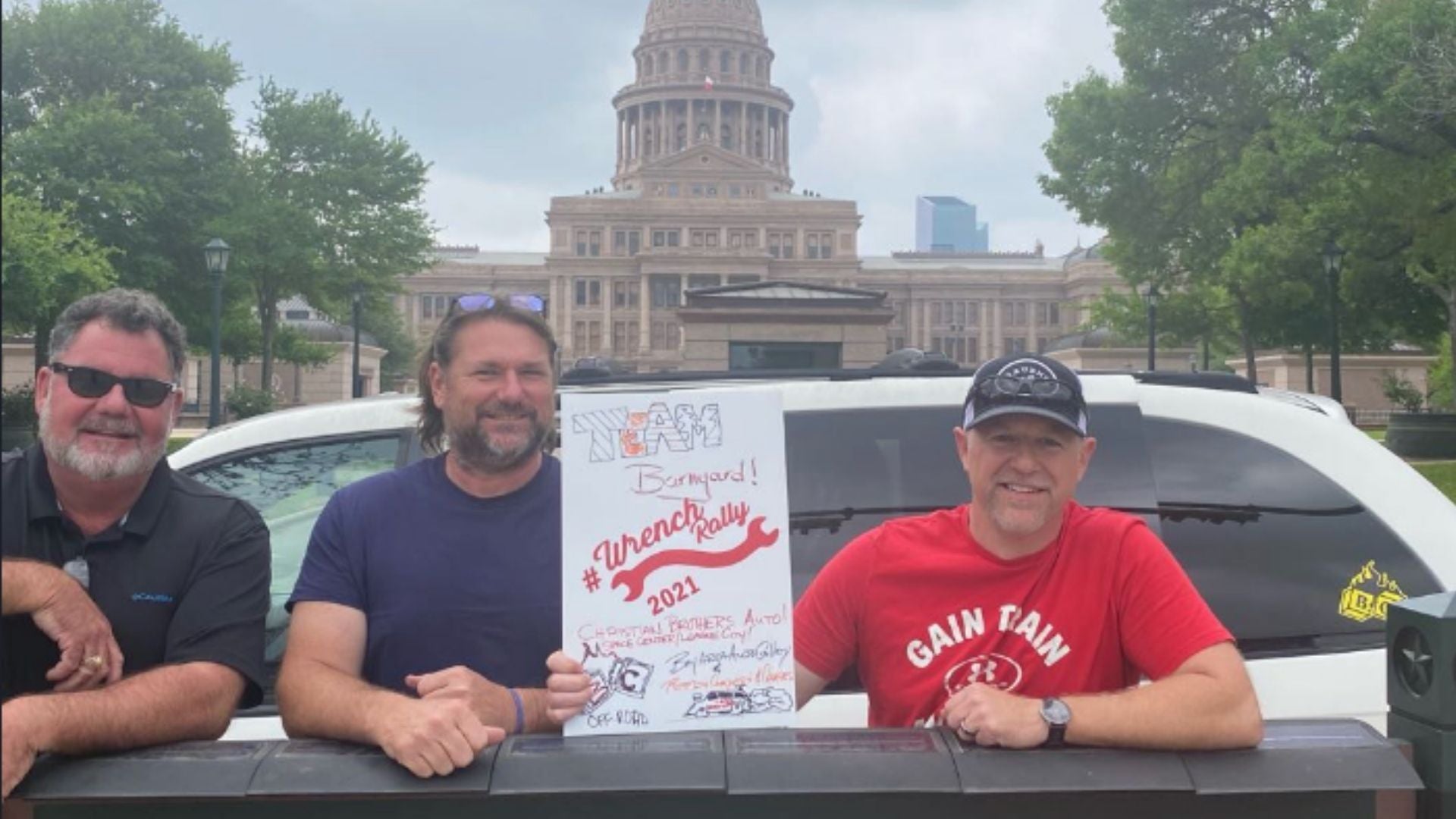 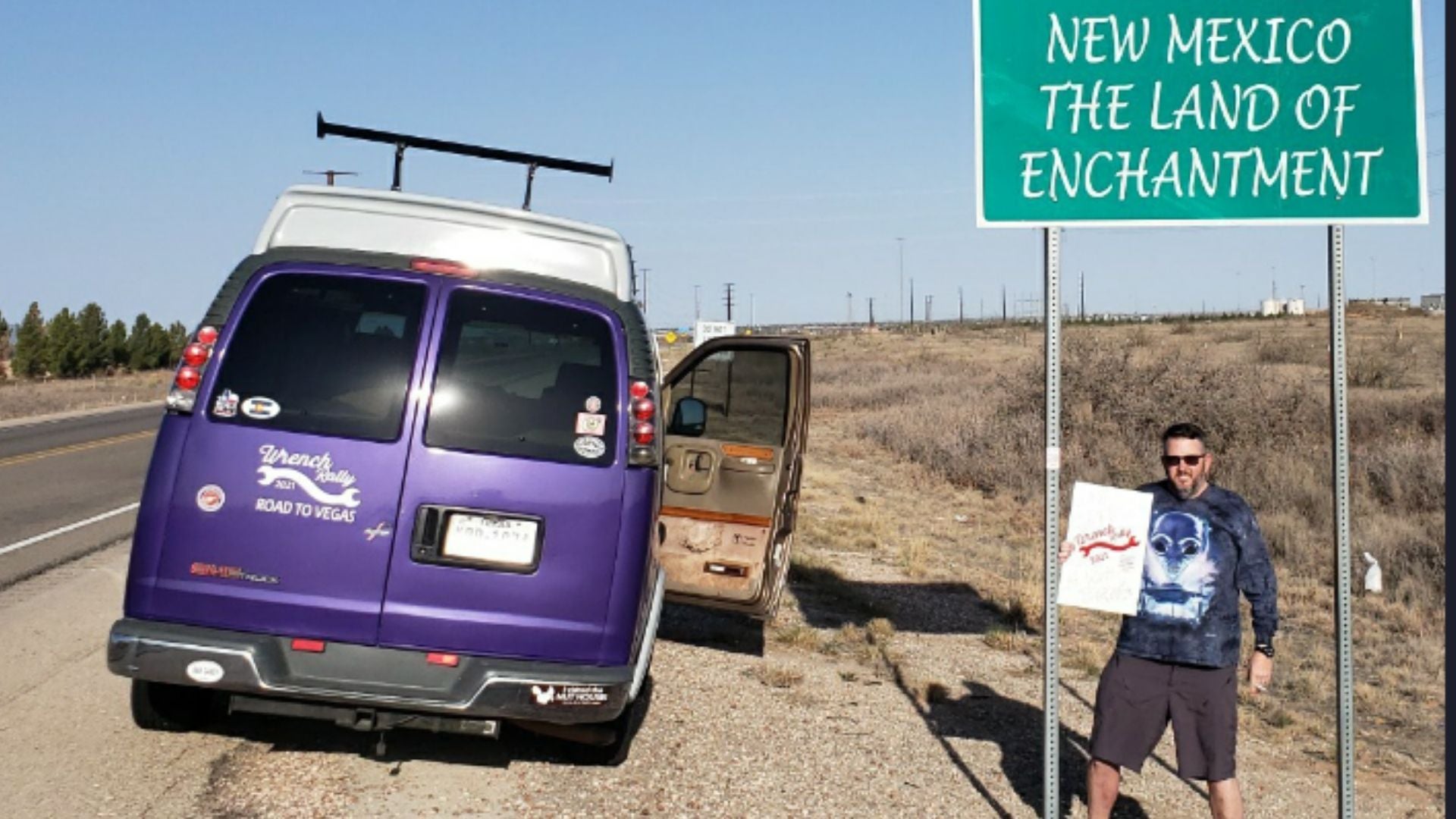 Wrapping up tomorrow, the 2021 Wrench Rally started yesterday and each of the three days starts at 7 a.m., ending at 7 p.m. to ensure the rally teams are well-rested and safe. The first leg started in Alvin, Texas (near Houston) and finished in Midland, Texas; today’s segment took them from Midland to Gallup, New Mexico (hence the aliens); and tomorrow will be the big finale in Las Vegas. Tomlin and his team guarantee competitors won’t be left behind if they break down, but they ask that you don’t get caught speeding, which results in point reductions. Hagerty Insurance is one of their sponsors, after all, and they want to color within the lines for the most part.

You know, Houston is not far from me, and I wouldn’t mind a trek across the country to meet up with Route 66 next year. Who’s in?