Why the Triumph Speed Twin wasn’t a success in India 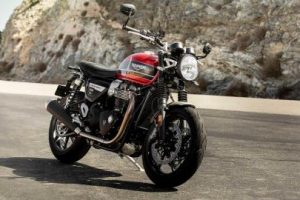 But no one could really explain why that is. The Speed Twin is obviously a smash hit around the world with rave reviews.

BHPian mpulztrack3r recently shared this with other enthusiasts.

Hi all, after a decade long pause, I’m very excited about getting back into riding. I have been looking at buying a Triumph Speed Twin for a while now. When I first started looking, I hadn’t realized it was no longer on sale in India. I then started looking at the used bike market and to my surprise, there weren’t many (or any) bikes on sale. I spoke to a few friends and also someone at Keerthi Triumph here in Bangalore. Turns out not more than 60 bikes were sold (from Keerthi).

But no one could really explain why that is. The Speed Twin is obviously a smash hit around the world with rave reviews. Pricing wise, it wasn’t bad at all for what it is (1200cc category). So what really happened?

I hear that due to the low numbers in 2019-20, Triumph is not keen on a BS6 upgrade, and the Speed Twin won’t be seen in India anytime soon. This is weird too considering that the BS6-compliant 1200cc Scrambler, Bonneville T120 have all made it to the Indian market. Doesn’t Speed Twin essentially have the same engine with a different tune? What’s going on here really?

Here’s what BHPian neil.jericho had to say on the matter:

You bring up a really good question. On paper, the Speed Twin was a lovely motorcycle but its sales in India never really took off. I’ve always thought of it as being both a sensible gentleman’s superbike and a gentleman’s sensible superbike. Reviews from the international media were very positive but I don’t know of anyone who has bought it in India and I’ve never seen one come up in the pre-owned market.

I can think of a few reasons as to why it didn’t click in India: