Why a Train Runs Directly Through This Pink Lake in Siberia 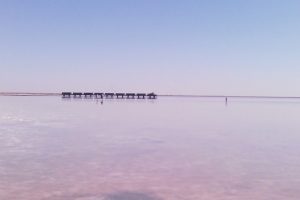 At the height of summer in Siberia, near the Kazakhstan border, Lake Burlinskoye undergoes a psychedelic transformation, turning an intense shade of pink. This happens as its population of tiny artemia salina brine shrimp spikes, their hemoglobin pigmentation visibly dying the waters. Despite reportedly poor access to the lake, the sight attracts tourists from afar, some of whom come to bathe in its purportedly medicinal waters. Others come to see something else that makes Burlinskoye a stranger sight still: The train that skims directly across its surface.

This view seemingly straight out of Spirited Away repeats itself several times daily, with the short train easing itself down the banks on rails that were laid during the Soviet era. Dipping below the surface in sections, it’s a wonder these rails don’t quickly dissolve, as one of Burlinskoye’s other unusual traits is its salinity, which Russia Today reports to be nearly as high as the Dead Sea’s. Rather than inhibiting rail operations, however, the salt is actually the whole reason why the train is there in the first place. 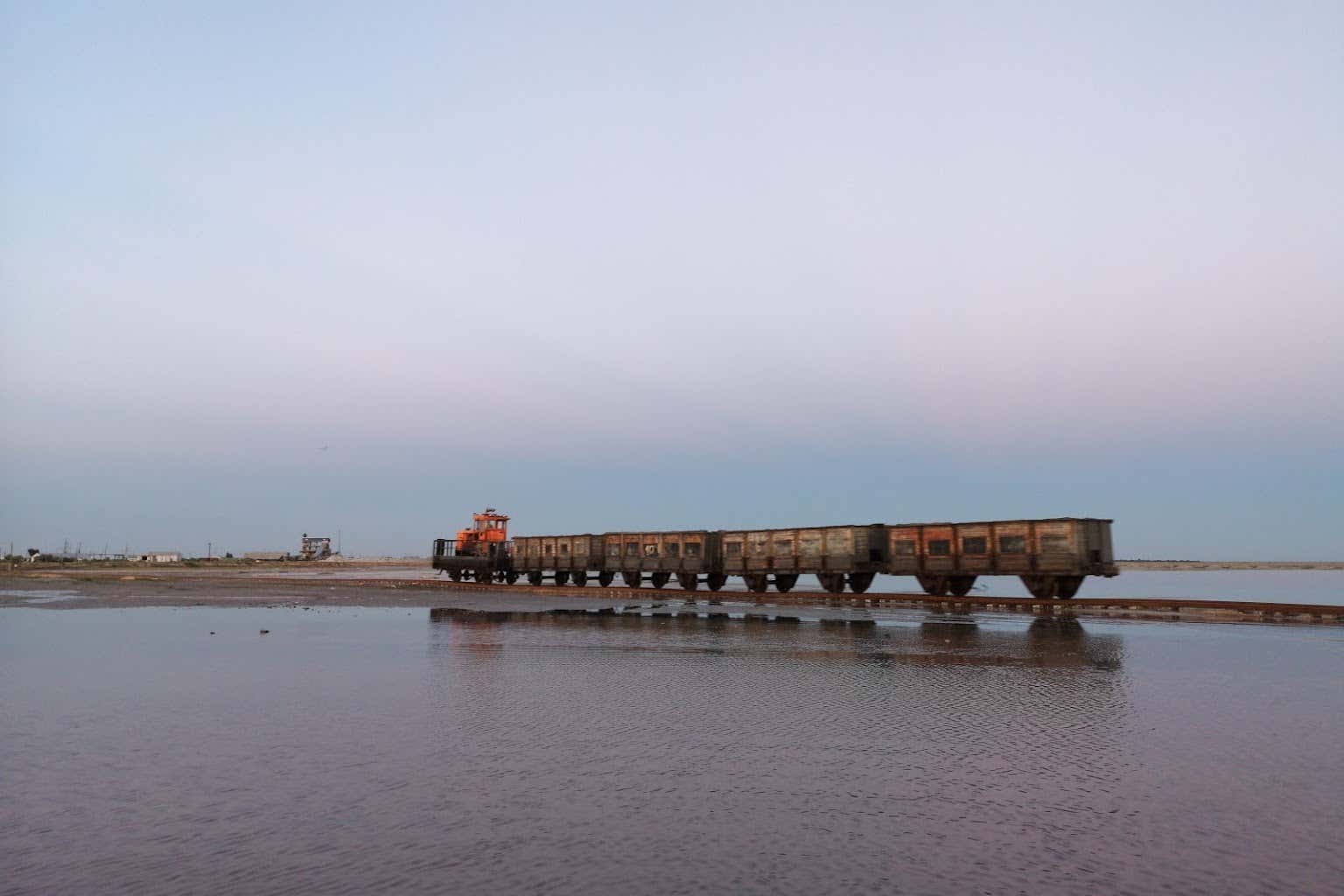 As explained by travel photographer Vadim Makhorov, the train pictured here is equipped with harvesting tools that disturb the lake bed and collect the stirred-up sediment in the cars towed behind. It’s part of a huge salt harvesting operation that reportedly dates back to 1768, driven in part by Russian royals that regarded the lake’s harvest so highly that Peter the Great is said to have named Burlinskoye “the royal salt shaker.”

Now mechanized, Burlinskoye’s salt harvesters reportedly produce 65,000 tons of the mineral annually, or enough to cover all of humanity’s dietary intake for three to four days.

“They literally scrub the lake bottom and bring the mixture of salt and silt into the train which gets into the water along the railway,” Makhorov said. “When you watch it for the first time, it looks so bizarre!”

A blood-red lake isn’t a feature exclusive to the Russian countryside, though; some bodies of saltwater in the United States also assume this color under the right conditions. Though people don’t chase speed records on their surface, the same rules apply here as on the Bonneville Salt Flats and Nevada’s playa: Keep your donuts on the pavement, and off the salt, lest you cause trouble for others, and maybe yourself too.

As for Lake Burlinskoye, check out lots more photos over at Eastern Europe travel site The Calvert Journal. It’s all quite stunning, and that’s before the salt train even shows up.