Home » Auto News » What Current Car Is Guaranteed to Be a Future Classic?

What Current Car Is Guaranteed to Be a Future Classic? 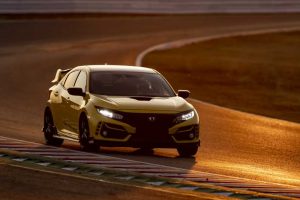 Stocks and bonds aren’t the only things people are buying up in hopes of worthwhile future investments. Some people are turning to cars instead, hoping that the subtle hot hits of today will mean big payoffs for collectors tomorrow. And if the Bring-a-Trailer craze we’ve been seeing recently continues to inflate prices of collectible automobiles, it might be time to look at which future classics will hold a torch to the test of time.

Now, I’m the last person that you’d want to take financial advice from, but I do fancy myself as a connoisseur of all things automobile. As do my colleagues, many of whom pitched in some decent suggestions on what the next MK4 Toyota Supra
could be.

First up is the Lexus LC 500, which very well could have been a good candidate for the current generation Toyota Supra if BMW hadn’t stepped in to help create a sport-tuned platform to share. But, instead of a turbocharged inline-six, the LC 500 was made even more interesting by stuffing a naturally aspirated V8 into Lexus’ GA-L rear-wheel-drive platform.

Next is something that should be obvious, but somehow still hasn’t caught on: the Acura NSX. No, not the one from the ’90s—we’re talking about the hybrid variant that you can buy today. Now, listen. The NSX is good. So good that we even called it the only American-built supercar (until the C8 came around, that is). Its three-motor hybrid system pumps out a respectable 573 horsepower and sings the glorious note that only a twin-turbocharged V6 can hit.

The NSX also proved to hold true to the “experiment” that was its predecessor, only this time its bag of tricks involved pushing the advantageous uses of electric motors to its advantages. The only problem? It’s already well into the six-figure price range, so the attainableness of the NSX of yesteryear has flown out the window.

If a sporty Japanese ride is your thing but you’re not willing to drop a small fortune, perhaps consider the Honda Civic Type R. The Civic’s 10th generation was the first time that the United States received Honda’s venerable Type R designation, bringing with it a boy racer charm and a turbocharged four-cylinder heart capable of 306 horsepower. Best of all, the car featured a row-your-own six-speed gearbox which is admittedly a rarity even for sports cars today.

I know what you’re thinking—this one should be the Focus RS. Technically, it shouldn’t even be on this list because Ford isn’t exactly in the small car game anymore (at least not Stateside). But, the real star of the show for Ford’s last round of performance-oriented hot hatches was the Fiesta ST.

The car’s turbocharged 1.6-liter four-cylinder pumped out right around 200 horsepower, which wasn’t exuberant but was enough to propel the nimble 2,500-pound car around corners like it was Sugar Ray Leonard dodging punches. It’s exhilarating to drive and a downright proper car. And while this particular example probably won’t appreciate in value, it will go down as one of the classic enthusiast cars of its generation.

So, which future classic would you park in the garage today in hopes that it will be worth beaucoup bucks tomorrow?