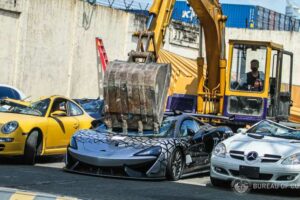 One would think that watching 20 illegally imported luxury cars be bulldozed would send a clear enough message: Don’t screw with customs agents in the Philippines. Even so, some of the country’s wealthier residents evidently thought themselves clever enough to skirt the rules and bring in cars without paying their legal dues. They were wrong, as they learned the hard way last Saturday, when a backhoe claimed an estimated $1.2 million worth of cars in another round of public crushes, among the victims of which was a limited-production McLaren 620R.

The Philippines’ Bureau of Customs exhibited the seven cars—seized from Filipino ports between 2018 and 2020—in a Facebook stream that saw a backhoe operator blow off some steam on them. Few tears will be shed over the destruction of a Hyundai Genesis, R171 Mercedes-Benz SLK, or Toyota Solara, though the loss of a Lotus Elise, Bentley Flying Spur, and a Porsche 911 Carrera S (997) are sure to incense some. Most notable, though, was the obliteration of a McLaren 620R; a $300,000, one-of-350 track-special based on the 570S supercar. 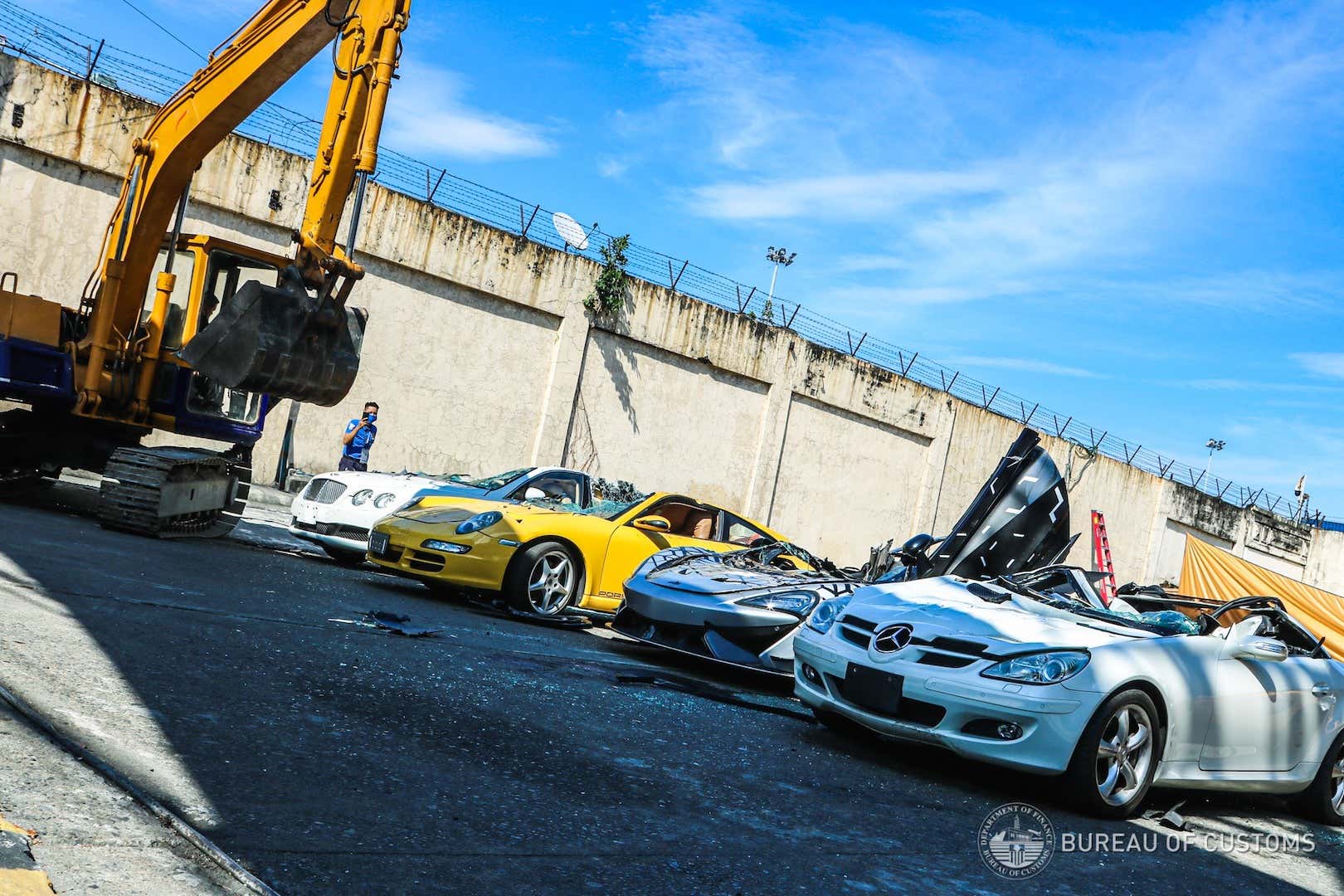 Exotic cars crushed by customs agents in the Philippines

This example of the rare McLaren is believed to be the one we reported on last August, when its buyer tried to pass it off as a Porsche Cayman on import documentation. Doing so reportedly let the car’s buyer claim barely one-tenth the import duties they owed, though when agents opened the car’s shipping container, the deceit was revealed, and the McLaren forfeit.

Such a seemingly wanton policy of destruction was enacted as part of a tax enforcement crackdown by Filipino President Rodrigo Duterte, who reportedly proposed it to pay for $180 billion in Filipino infrastructure. While the Philippines could surely capture some of the cars’ value by auctioning them off, that would run the risk of them falling into the hands of the people who tried to smuggle them in, whose only consequence would be a monetary penalty. To the type of person who can risk having a one-of-350 McLaren crushed, though, that barely qualifies as an inconvenience.