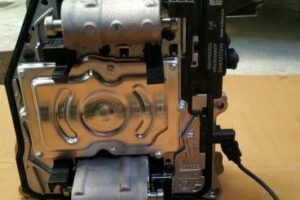 On pushing further, they say the reason for the failure is the Amaron battery we installed 6 months ago.

BHPian SiddVish recently shared this with other enthusiasts.

The car thought it was in reverse while the lever said park.

With the parking sensors beeping and the engine refusing to come alive.

I called RSA to save us from the dark!

You always think it will happen to someone else, you think you’ll be the lucky one, but after 6 years of joy, I got that dreaded call from VW service saying it is a mechatronics failure.

On pushing further, they say the reason for the failure is the amaron battery we installed 6 months ago. Interestingly, this is the second amaron battery we’ve installed. The first ran from 2019 till 2021 without a hitch. Maybe we got lucky the first time around?

So team, wondering how to proceed from here. I’ve raised a complaint with amaron and I should be getting a quote from VW tomorrow. Over the phone he estimated it should cost a lakh plus a new battery.

I’ve spent most of today reading the other DSG failure threads both Škoda and Volkswagen. It’s uncanny how this happened on the dot at 6 years as predicted.

Would love some suggestions here guys and girls. Can the battery really cause this? Are volkswagen trying to pass the buck? Or was I pushing my luck thinking The DSG would last as long as the rest of the car

Will keep you all posted through this bittersweet journey.

The battery`s job is to start the engine – afterwards the alternator takes care of the power requirements. Amaron is known to last, DSG – the opposite.

Talking about the battery, when it comes to these VAG vehicles its better to buy a new one before the battery wears out, that way you are less likely to deal with injectors, gearbox, engine and what not.

Here’s what BHPian Turbanator had to say on the matter:

That must be a brand new reason from VW dealers unless I am living in a cave. When the battery dies, worst case, the output voltage can drop but how will this affect the mechatronics and that too when the starter motor is working

You have not mentioned if you have an Extended warranty, but this thread can serve as a reminder for others who have got the batteries outside the VW to ensure that they either get the batteries changed from the dealership or keep the old battery stored and put it back before asking RSA

Here’s what BHPian VRJ had to say on the matter:

Since I’m associated with Amaron, I’m not going to further comment regarding the quality of the battery as it’s against our forum rules. However, what I’d like to share is VAG or any other European car company would spend more time and effort to figure out how to void warranty than fix their fundamentally flawed cars. I’ve experienced this first hand. I don’t want to get in to the specifics on a public forum. They simply blame it on the aftermarket product if something goes wrong. Ask the dealership or VW an explanation on how an aftermarket battery is the reason for mechatronics to fail.

A battery is a very common product that people change in the aftermarket. The OP had an Amaron battery for a couple of years and he probably visited the dealership for regular service twice during this period. Isn’t checking the batteries voltage part of regular service? Did the dealership point out that ‘Hey, that’s an aftermarket battery. That voids factory warranty. You have to change it right away to the one we sell here at a ridiculous price’. No, I’m sure they never said that to the OP. If they did, he wouldn’t of gotten another Amaron battery. VAG has got the OP on a technicality, it’s hard to claim warranty (assuming you have extended warranty). It depends on the relation you have with the service centre.

I just feel it’s ridiculous and not fair that VAG doesn’t accept after market batteries and forces you to pay a lot more money to change the battery in their service centre. When a 200BHP Toyota Fortuner can accept an Amaron battery or any other brand battery, why can’t a Volkswagen Vento with 115 odd horsepower accept it?

Here’s what BHPian Newtown had to say on the matter:

The clutch actuator solenoids of a dual clutch transmission depend on a steady electrical signal. Should the battery be weak, signal from the sensor could be wrong and the mechatronics will take decisions based on the faulty signals. Inherently this is not the best design and over the years I would have assumed there were some fail safe mechanisms to be put in place which are still not for the most part.

Coming to your specific issue: Did they try changing the battery and try to check it again? You did not mention the mileage of your car in these 6 years. There are certain vehicles where you need to get the ECU to recognize that there is a new battery been put into it. In my experience with the Vento DSG, I do not believe that to be the case.

I would also get an independent opinion of a good garage that has experience working on dual clutch transmissions. To me their diagnosis is far better that what the folks at VW do.