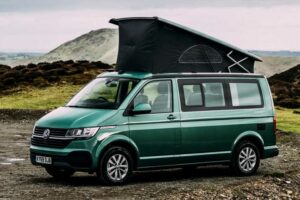 A few years back, Volkswagen paraded its new California camper van in front of us, seemingly rolling out the carpet for its campers’ return to the United States market. But the California never came, which first disappointed diehard Veedubbers, and then a far wider audience as Americans turned to campers and RVs as a pandemic-proof way to travel. It felt like VW sensed America was ready to embrace its vans again, only to once again snub us.

So what’s the deal? Why won’t VW entrust its eggs to the camper van basket by offering the California in the States, or spearhead its EV transition with a pop-top ID.Buzz? And now that everyone in America seems to have been driven camper-crazy by COVID, has VW’s hesitance blown an opportunity? Much to VW’s chagrin, we decided to find out. 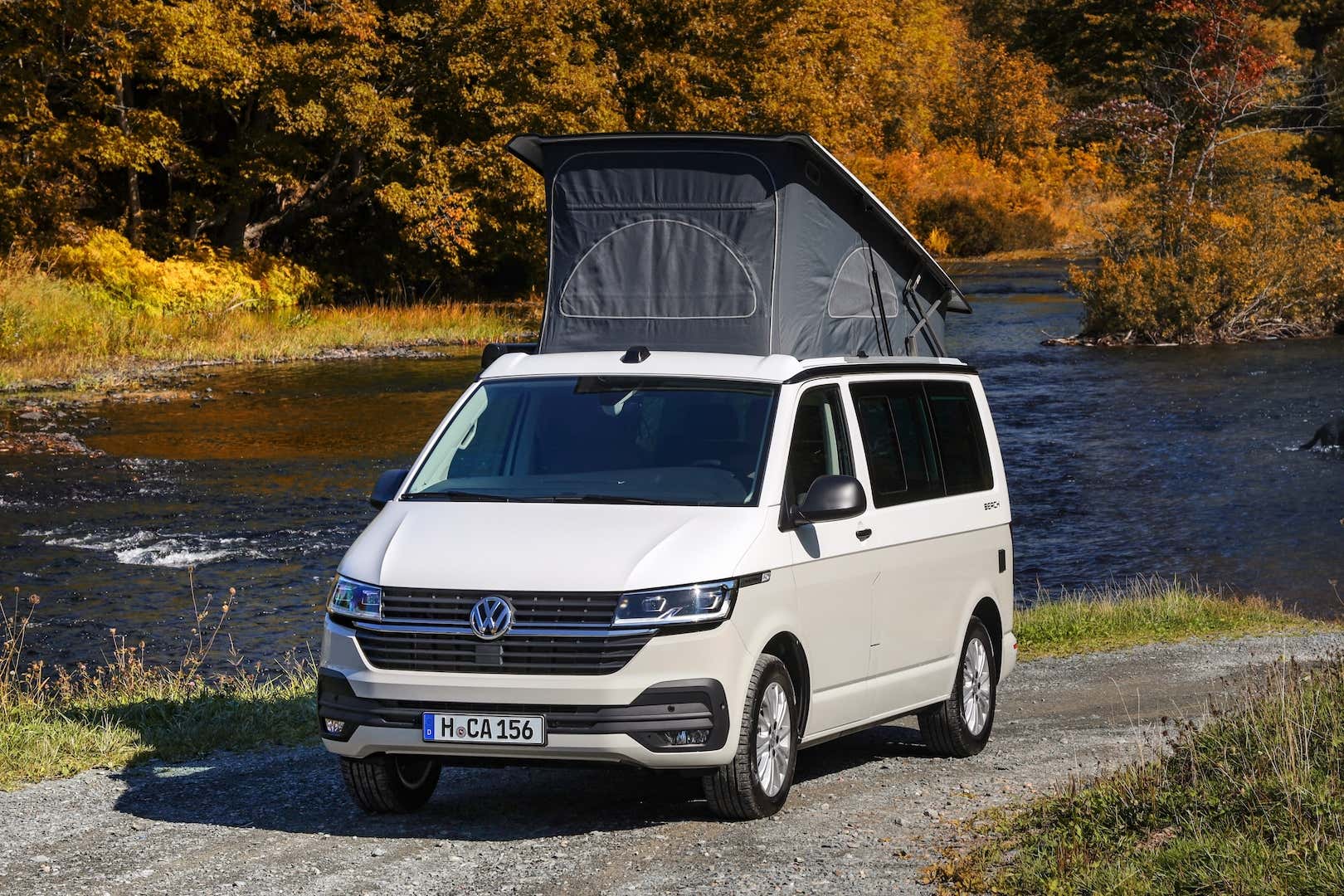 What We’re Missing Out On

Before we go any further let’s clear up what exactly it is VW has been denying us. The current VW California is based on the T6.1 Transporter van, which is directly descended from the iconic Type 2 that the words “hippie bus” bring to mind. In the nearest English-speaking market where it’s sold—the United Kingdom—its base model is the California Beach Camper, whose 2.0-liter turbodiesel hauls around a body with a manual pop-up roof and an extendable awning. By U.S. standards, it’d fall under the smallest category of motorhome, Class B, as opposed to the Class Cs often built on cutaway chassis, or the purpose-built and occasionally amphibious Class As.

Being small doesn’t make it cheap, however, as California Beach Campers start at the equivalent of $76,350. That’s a lot of money for how much vehicle you get, though it’s actually on the lower end for what you can expect to pay for a Class B camper. According to The Wayward Home, Class Bs bottom out at $74,000 here in the U.S. with the Pleasure-Way Tofino, a Ram ProMaster-based camper made comparable by its pop-up roof. 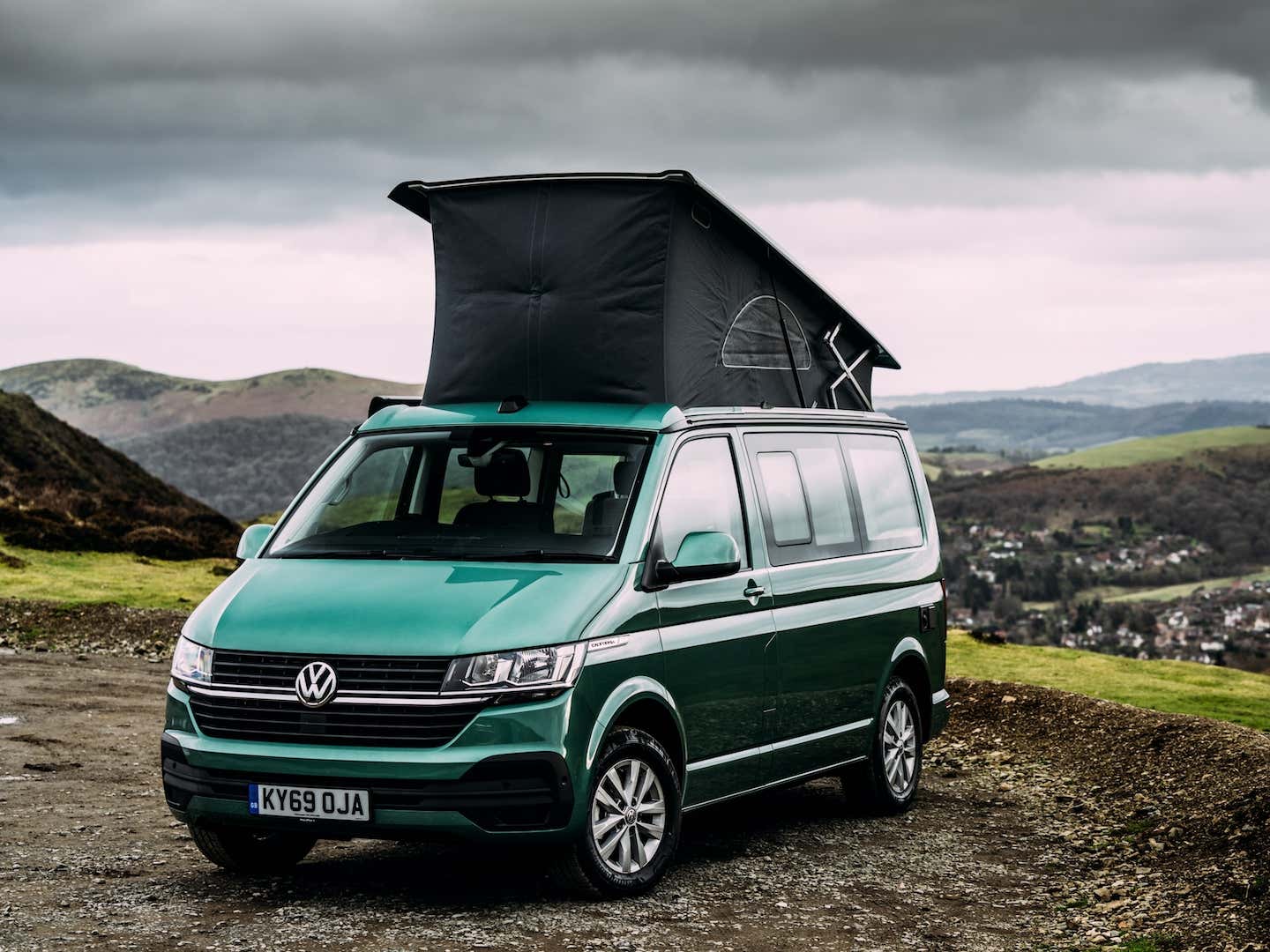 The VW is smaller than the Pleasure-Way Tofino, but that’s an advantage if parking space is strictly limited, and the VW isn’t significantly more expensive. A VW van is also a significantly more romanticized vehicle than a rebadged Fiat, which does wonders for customer loyalty and thus resale value. So, while VW spokesperson Jessica Arntson tells us that Californias “would be fairly expensive, and the market would be limited as a result,” there’s still a clear value angle VW could play if it so chose.

Why, then, has VW folded on what’s clearly not a bad hand? 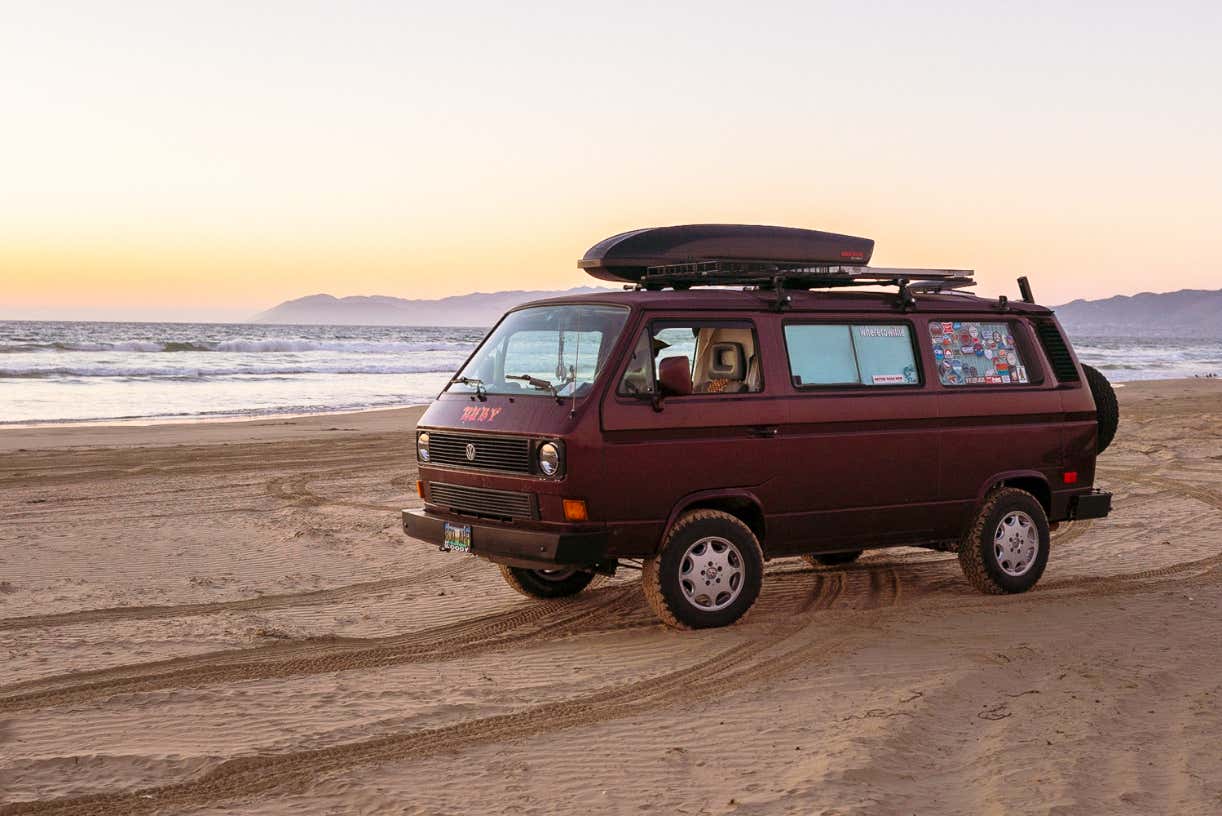 Well, buying in would, for starters, require federal homologation, development for which a 2017 study by the Center for Automotive Research determined would easily cost a European carmaker more than $10 million per model. Hypothetically, it could be possible for VW to spread that cost more evenly by homologating more of the T6 lineup and competing in more market segments to recoup its investment. The Transporter, for example, could fight for a piece of the commercial van pie, which according to Car Sales Base accounted for more than 496,000 sales in 2019. But VW, which has more data to work with than we do, evidently doesn’t think the U.S. van market is worth contesting, which is why it doesn’t try.

And if bringing the Transporter stateside isn’t worth the trouble, then the California doesn’t even come close, as it accounts for only a small minority of sales of T6 variants. In 2017, the most recent year which VW Commercial Vehicles has disclosed global production of the California, the camper accounted for just over 15,000 vehicles, or about a sixth as many as the Transporter van. VW doesn’t share its per-vehicle profit margins, but new cars are famously not as lucrative a business as their high prices may lead you to believe; the California would more than likely face a long, slow slog toward breaking even. 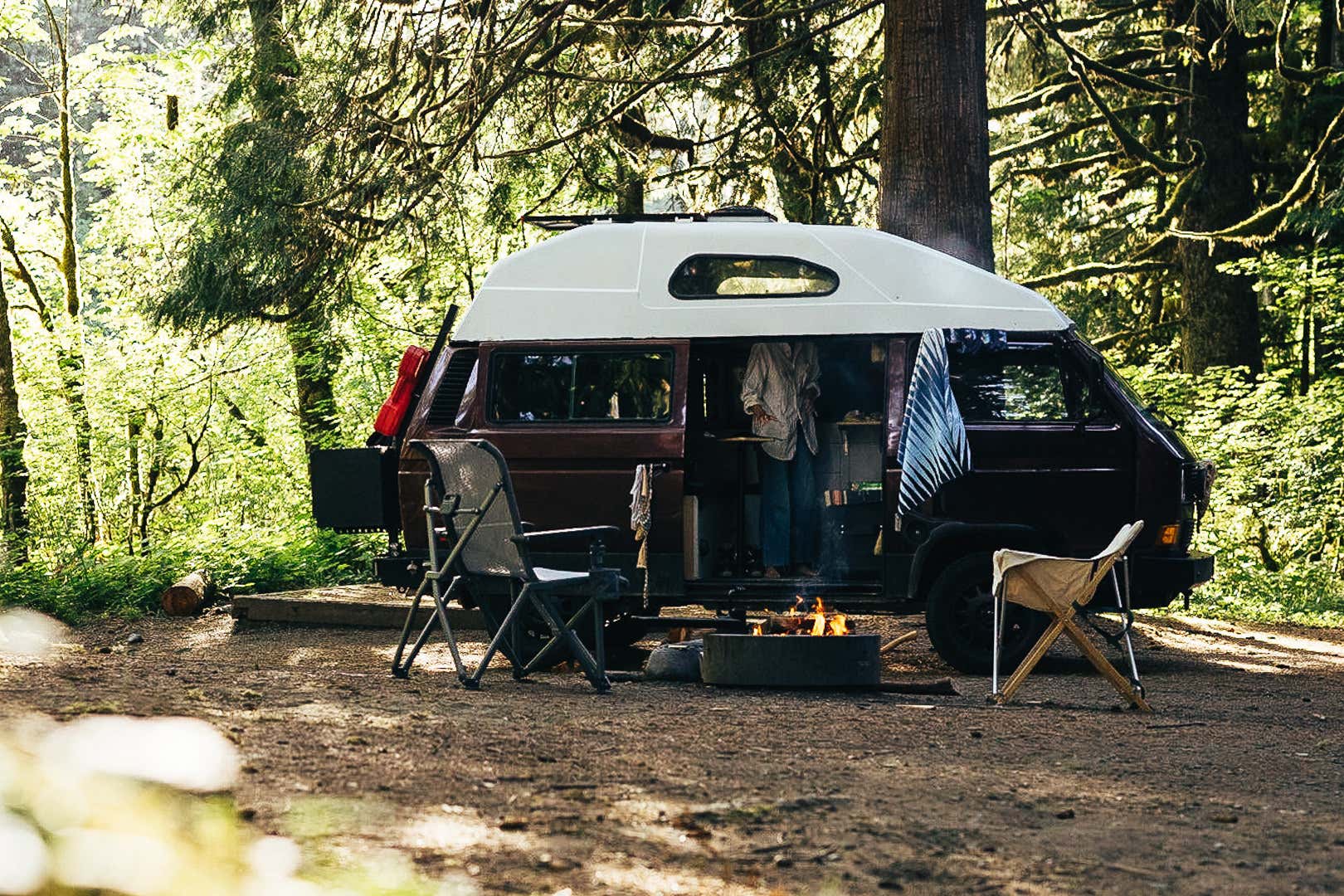 Even so, seeing how much RV and camper sales swelled in 2020, and how their momentum has carried forward into 2021, it still looks to laymen like VW has squandered a golden opportunity.

Those with a closer eye on the RV market, though, question whether the demand heightened by COVID-19 will be sustained, like Lenny Sims, J.D. Power’s vice president for business development and strategy and an RV expert. Sims observed the RV market enter 2020 in something of a slump before you-know-what happened, propelling the segment to an unprecedented, 20-percent growth over 2019.

“[In general], the RV market has, obviously in the last year, done extremely well: It’s set record-breaking numbers through essentially the pandemic,” Sims told us. “Going into early 2020, the market was down year-over-year to ’19, so 2020 was starting out as a down year for RVs, and as a byproduct of COVID, the general public started leaning toward RV-ing as a way to escape the quarantining that everybody was dealing with.”

He went on, “That’s been a big driver. It’s dried up the used market, which has increased those values. It’s dried up the new pipeline and inventory that was out there; a lot of manufacturers were simultaneously closing down as the demand came, and some of them have reopened and are building new products again, but not at the volume or the fashion that they were previously.” 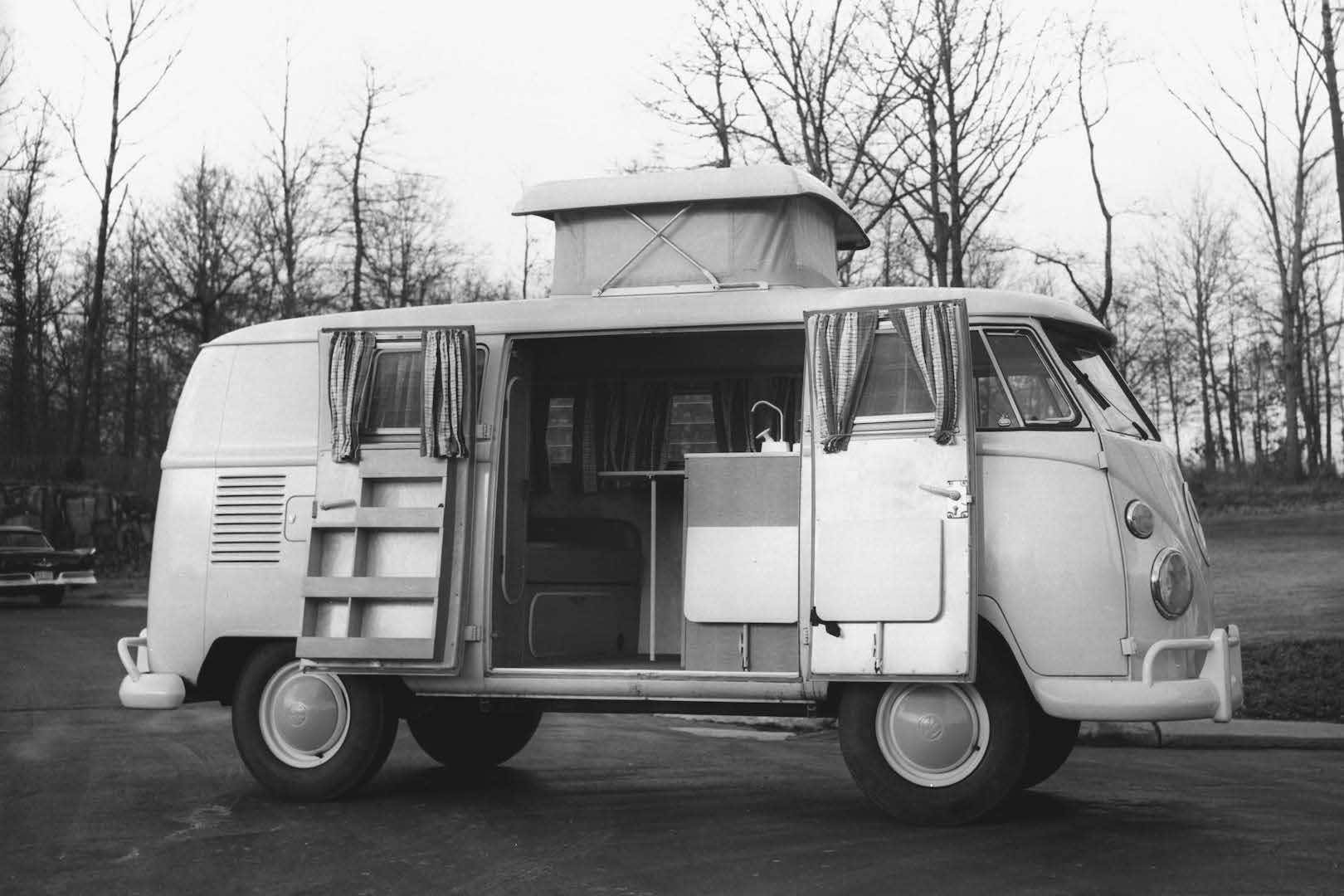 Many RV and camper manufacturers are selling everything they can build, Sims said, but all are hesitant to cash in on the craze by investing in production capacity. Demand isn’t guaranteed to stay high, and everything from COVID’s longevity to the comeback of other forms of travel and the economy could affect the RV market.

“The biggest question on the go-forward is starting to expand into a couple of other influences,” Sims continued. “Sure, they might meet demand, but then the demand’s gotta stick around, and essentially that is, ‘Do people keep RV-ing?’ Because it is about COVID. Is COVID going away? Is there gonna be another version? All those drivers that boosted this market in the first place, are they gonna go away?

“Secondarily is that there are a lot of brand-new RV-ing consumers to this market, so while they’ve had record-breaking sales in the last year… how many are gonna stay RV-ing after the coast is clear, so to speak, and they can get back to doing what they were doing for recreation previously?”

And then there’s the third consideration. “Simultaneously, another factor that could come into play is, what does the economy look like?” Sims asked rhetorically. “If the economy goes south, and consumer confidence drops, those RVs are the first things people are gonna sell. And then you have a flood of RVs back in the market.”

For now, inventory has remained low and demand has stayed high. That, according to Sims, is what we know for sure. He observed things starting to plateau: “[It’s] not climbing at the rate it was, [and] it’s not declining.”

But what goes up must come down. “I think the falloff will occur at some level,” Sims said. “I mean, that is the million-dollar question right now. It will go down, there’s no question about it. But for right now, it’s very, very strong.”

In short, then, it seems bringing the California to the States is a costly proposition to VW that’s all but certain not to offer a return on investment. In other words, despite how we see it on our side of the fence, there hasn’t really been an opportunity to miss. As for why VW seemed to court America with it by letting the automotive press drive it across the Golden State, that was simply because VW corporate wanted to launch the California in the state it was named for.

“Germany wanted to launch the car in California because of the ‘California’ nameplate—so they had their media program here,” Mark Gillies, VW of America’s head of communications, told us. “We asked if we could hang onto the vehicles for a while after they were done, and we put some journalists in them for fun. That’s really it—we stressed hard that there were (and are) no plans to bring the vehicle stateside.”

While the California 6.1 is incontrovertibly not coming to America, the outlook needn’t be as gray as a winter’s day. VW has confirmed its electric van, the ID Buzz, will make it Stateside, so with the biggest hurdle cleared, perhaps there’s hope for pop-top electric vans yet. 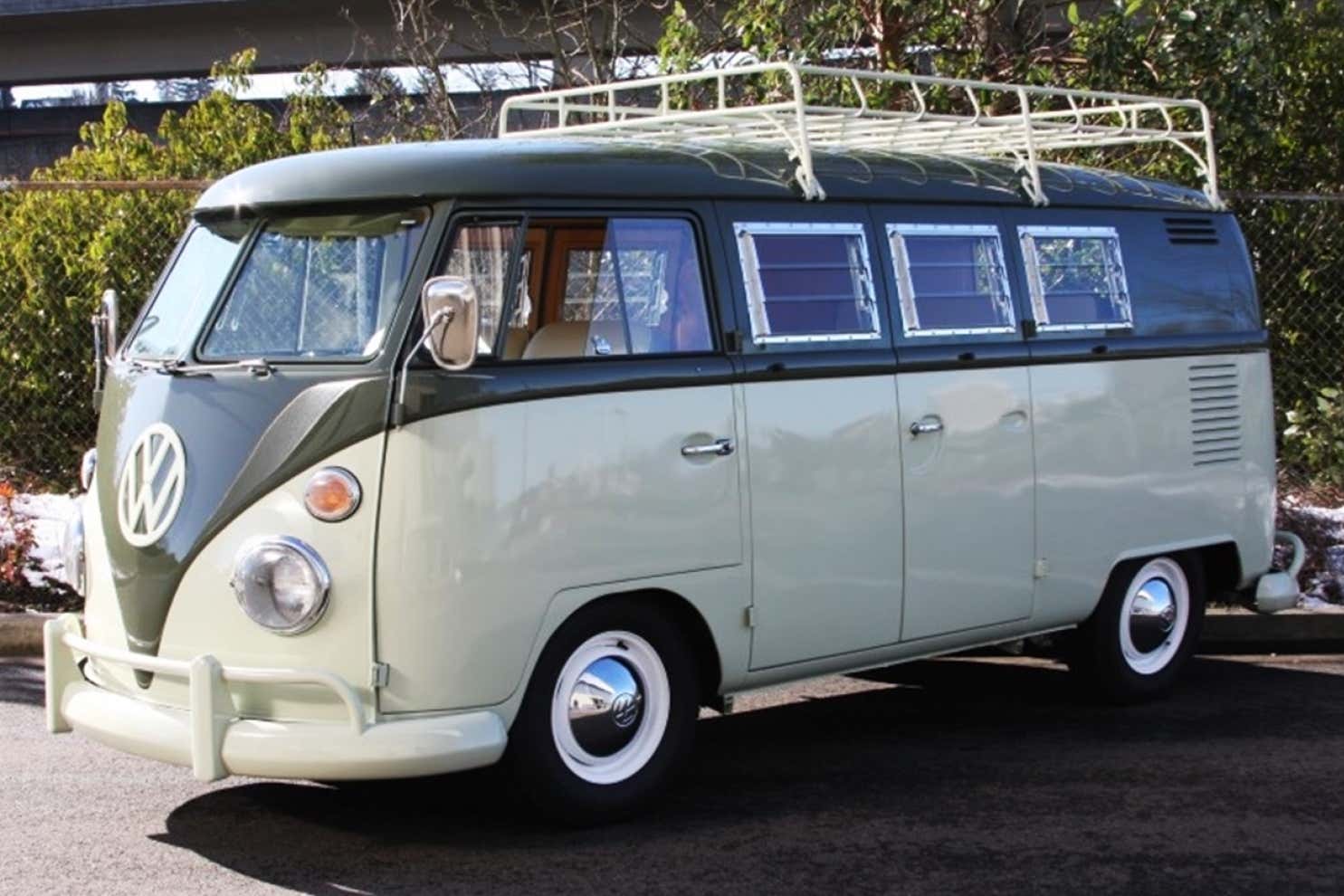 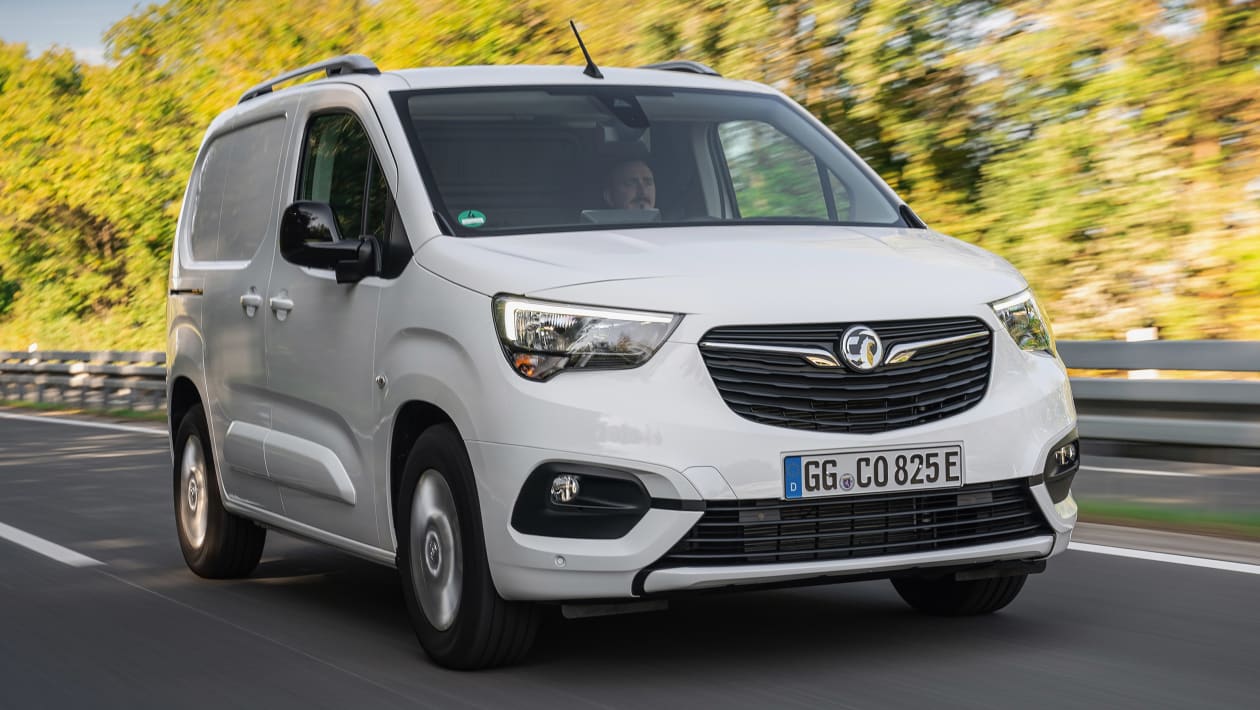