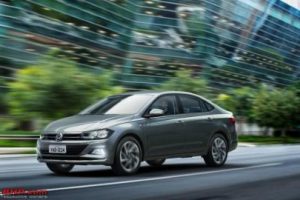 The car is likely to be powered by a 1.0-litre turbo-petrol engine and will compete with the Honda City, Hyundai Verna and Maruti Suzuki Ciaz.

According to a media report, Volkswagen plans to launch a new sedan in the first quarter of 2022. It will replace the Vento.

VW’s new sedan will be based on the MQB A0 IN platform, which also underpins the upcoming Taigun crossover. The car is likely to be powered by a 1.0-litre turbo-petrol engine and could be offered with manual and automatic transmission options.

While we wait for VW to release more details of the new sedan, it has been speculated that we might get the Virtus, which is currently being sold in Brazil. Besides, this car is based on the MQB A0 platform and has also been spotted testing in India.