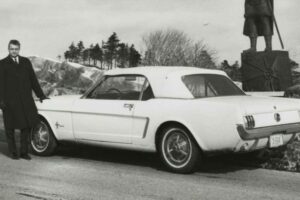 In April of 1964, Ford was getting ready to launch the Mustang into the world. At the storied Rouge plant in Dearborn, 180 preproduction cars had been built to familiarize the assembly team with the new vehicle, and they were shipped to major dealers all over the continent.

The very first Mustang, bearing serial number 5F08F100001, ended up the furthest from its birthplace at George Parsons Ford in St. John’s, Newfoundland. The Canadian dealership put its Mustang on display and it caught the eye of Eastern Provincial Airlines pilot Stanley Tucker, who immediately fell in love with it. No one knows exactly what he said to convince the dealer to sell it to him on April 14, three days before its official launch date, but the net result was that for a few days Tucker was the only customer in the world who owned a Mustang. 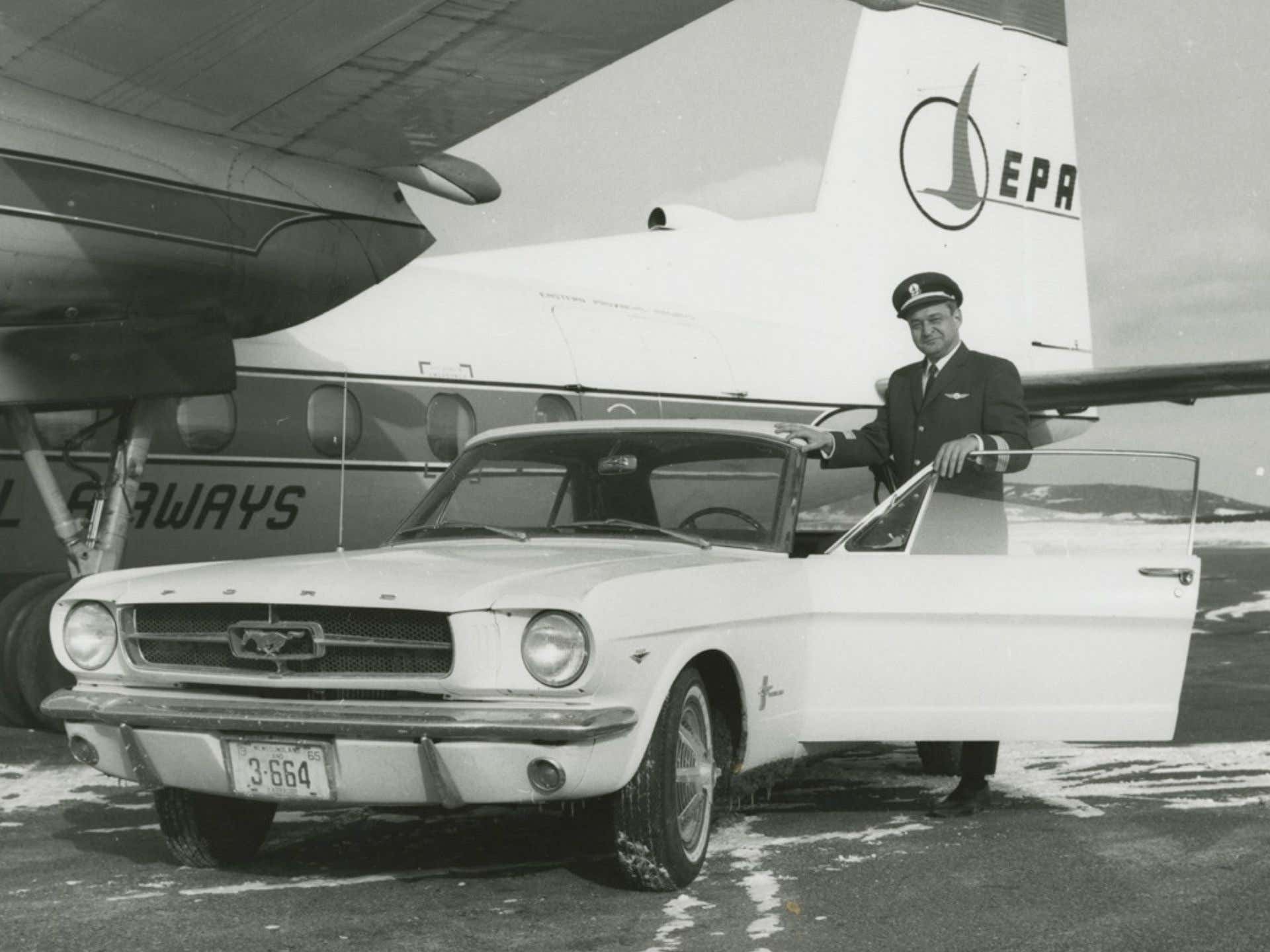 This post is part of our ongoing museum series, which was created to bring the stories from museums around the world to The Drive readers. Check out our previous posts in the series about a restored 1921 Duesenberg Model A, a drag-racing 1937 Willys, and James Hetfield’s Art Deco hot rod.

Ford had created this All-American muscle car with a distinctive red, white, and blue logo and the very first one was bought by a Canadian, ironically. Tucker, who was 33 at the time, was a worthy owner who cared for his Mustang and drove it around town with pride, thrilled with his purchase.

The official launch was Friday, April 17, 1964, and that weekend 22,000 Mustangs were sold. Ford soon realized it had hit a home run. When executives from the Blue Oval team came back around looking for Mustang Serial Number One and tracked Tucker down, they asked for him to sell it back to them. No thanks, Tucker said, politely declining their offer.

Over the next two years, Tucker put about 10,000 miles on the car and Ford kept trying to get it back. Finally, as Mustangs flowed off the line, Ford offered the pilot the millionth Mustang with any specs he wanted, and he agreed to fly to Dearborn to make the trade. Tucker was no fool: he carved in a giant “X” on the option sheet to check every box, only declining the High Performance 289 engine, and only because it carried a shorter warranty period. In a momentous meeting, he was introduced to Lee Iacocca, who handed him the keys to his new 1966 Silver Frost Mustang convertible. 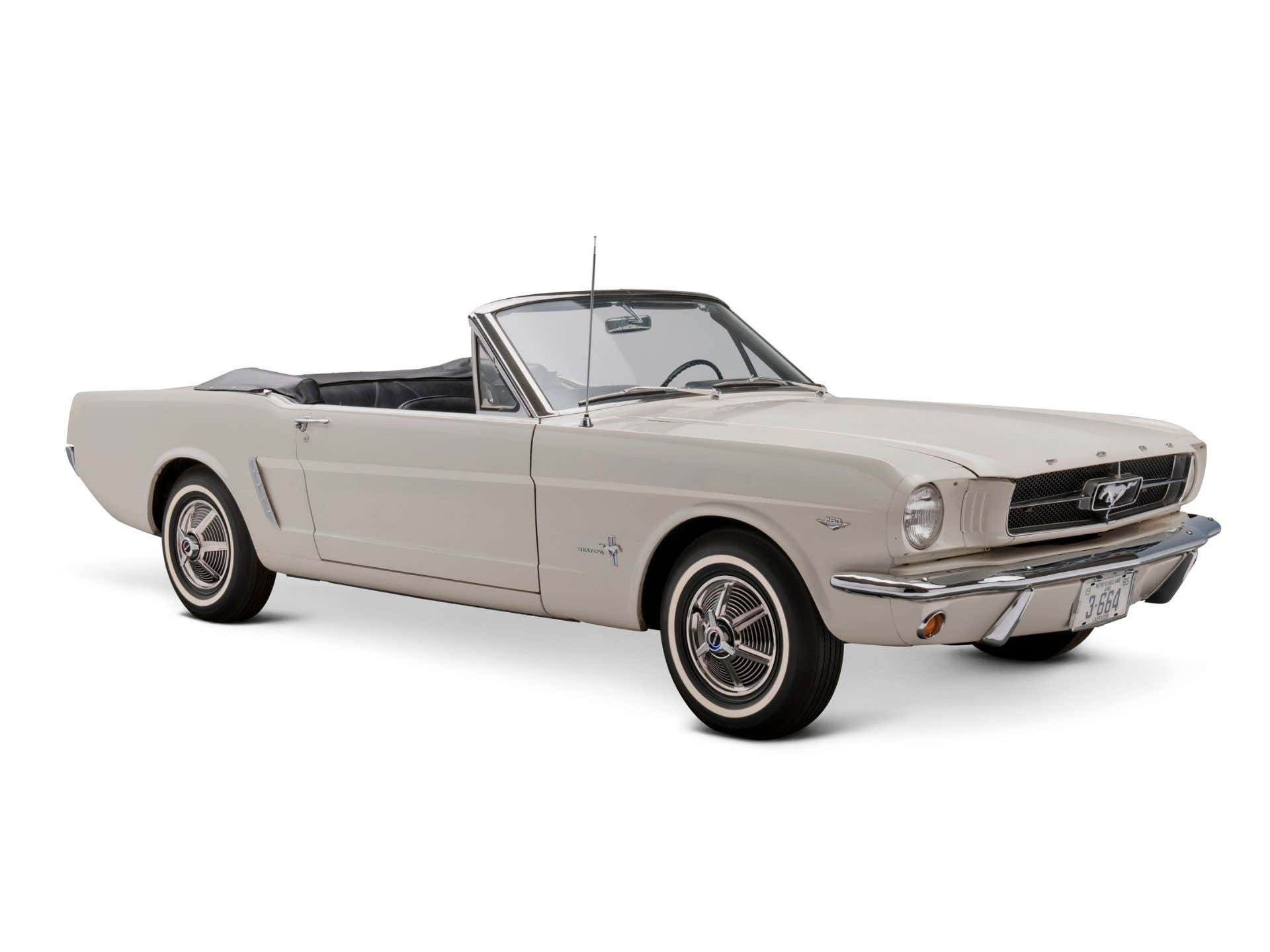 Finally, Ford reclaimed its first Mustang and donated it to the Henry Ford Museum, where it sits today, lovingly cared for by the staff.

“People will come to the museum just to see this car,” museum curator Matt Anderson told me in an interview.

Mustang Number One was equipped with a three-speed automatic and a 260-cubic-inch V8 with overhead valves making 164 horsepower at 4400 revolutions per minute. The hood’s fit is a little crooked, the door lock knobs lack grommets at the base, and the grille is more gray than the intended blue hue.

“There are some distinctions about this car. It has generators rather than alternators, and the trim and door locks are different, too,” Anderson says. “Ours being a preproduction model, it has a gap in the hood kind of like a supermodel who has a gap in her teeth.” 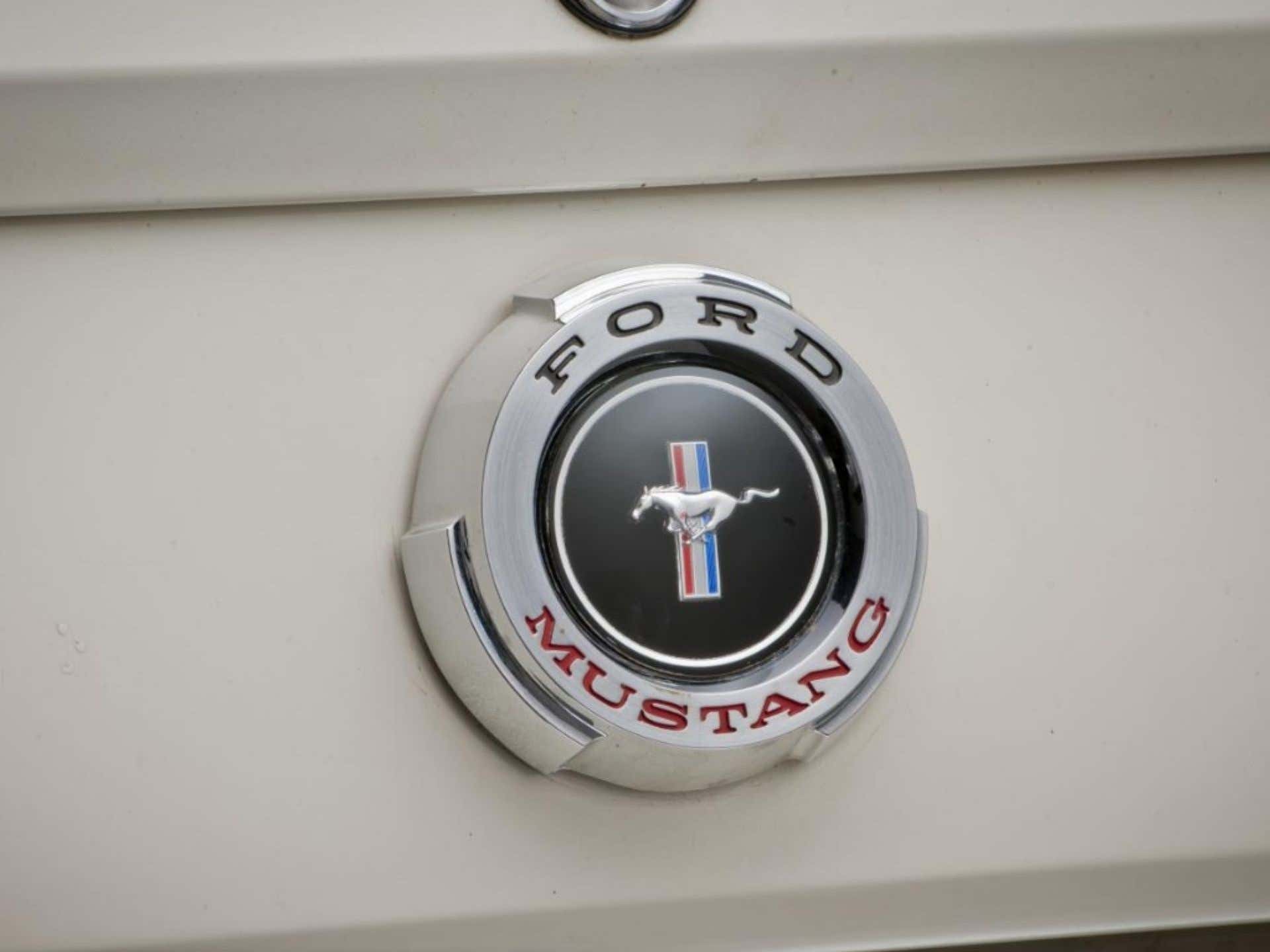 This iconic car is pulled off the show floor at the Henry Ford Museum for special occasions, like the 50th anniversary of the Mustang. Anderson says he kind of likes that this vehicle was truly enjoyed by its owner and that it’s not just a show car. Now, as it should be, the first Mustang is treated like a pampered pet.

“Pretty much every year we take the car out with reproduction parts,” Anderson says. “We keep it inside and a cleaning crew runs over the car with very light dusters. When we do operate it, our core mechanical crew puts on reproduction parts and then returns it to its original state.”

Tucker passed away back in 2008, but the legend of how he bought the first Mustang lives on. While he may have regretted letting it go, it has a good home and millions of others get to enjoy it and remember the birth of this iconic muscle car.