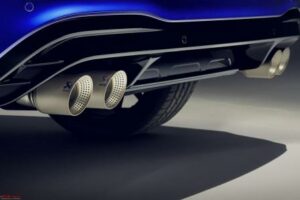 The California State Legislature has approved a new bill which automates the enforcement of its law against loud vehicles. The bill will allow automated enforcement via a five-year pilot program between January 2023 to December 2027 and will target cars and bikes with loud exhaust noises.

Reports suggest that once the bill has been signed by California Governor, Gavin Newsom, the state will make use of sound-activated cameras which get triggered whenever a set noise level exceeds the limit. Once the noise sensor is triggered, the camera takes a photograph of the vehicle’s license plate.

California will continue with its legal limit for exhaust noises, which is set at 95 decibels for cars and 80 decibels for motorcycles – built after 1985. However, it is not clear how the cameras will be able to pinpoint the exact car among a sea of others. There are also no details on how the sound-activated cameras will be to differentiate between cars & motorcycles.

The sound-activated cameras will initially be installed in six undisclosed cities in California state. However, as per the bill, signage will be mandatory to inform travellers before entering a road with automated enforcement. First-time violators will not be fined. The city governments will also need to develop their own payment plans, deferment options and fine waivers for offenders who exhibit the inability to pay. The fine amount is yet to be set.

California isn’t the first state to install cameras to catch noisy vehicles. Earlier this year, New York had also announced the use of microphones along with its speed cameras to clamp down on vehicles with loud exhausts.