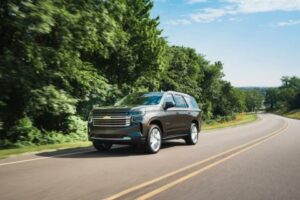 Used vehicle prices in the USA, on average have climbed by 30% in the past year.

This has created a condition wherein, high demand models in the used car market are selling at prices higher than their MSRP when new.

According to a media report, the increase in prices of used vehicles accounted for one-third of the rise in inflation last month. Inflation is said to have shot up by 5% – the highest 12-month increase seen since 2008.

The report also suggests that the trend started during the months of April and May last year when the Covid-19 pandemic broke out. The pandemic forced vehicle manufacturers to shut down production for long periods even as demand continued to remain strong.

While the production got underway to meet the demand post the lockdown, the semiconductor chip shortage again forced a few manufacturers to cut down production and / or temporarily close factories. These factors are said to have pushed car buyers to the second-hand market.

Some of the most popular models in the used car market are high-priced SUVs and trucks. These include models such as the Ford F-150 Raptor, 2019 Jeep Wrangler Unlimited Rubicon and the Mercedes-AMG G63 SUV.

Even mainstream models such as the Toyota Tacoma, Kia Telluride and the Hyundai Palisade have been selling at higher values than their original prices.

Having said that, reports suggest that the price increases might be slowing down. Although, the used car market might have reset its normal price point, it will take a longer time for the prices to get back to pre-COVID levels.