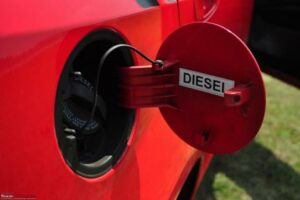 The overall price has increased by a massive US$ 2.41 since last year.

According to media reports, the national average price for a gallon of diesel in the USA is at an all-time high of US$ 5.51. Reports suggest that the price of diesel has been increasing steadily every day. The overall price has increased by a massive US$ 2.41 since last year.

Diesel prices have also overtaken that of petrol (gasoline), which now stand at US$ 4.28 / gallon (Rs 87.5 / litre). However, prices of petrol have also been increasing steadily and are now said to be just 6 cents away from breaking the record set on March 11.

While there are many reasons for the rising fuel prices, one of the most important is the Russian war on Ukraine. Amidst the invasion, the gas market is said to be going into a frenzy, with countries ensuring they have enough energy resources. Also, with fewer exports going out of Russia – the world’s largest exporter of crude oil and natural gas, countries in Europe are looking elsewhere to secure supplies.

Another reason for the surging prices in the USA is the weather. Reports suggest that the weather is hotter than normal in many parts of the country, forcing the use of power generators, which run on gas to produce electricity.