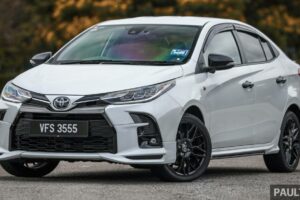 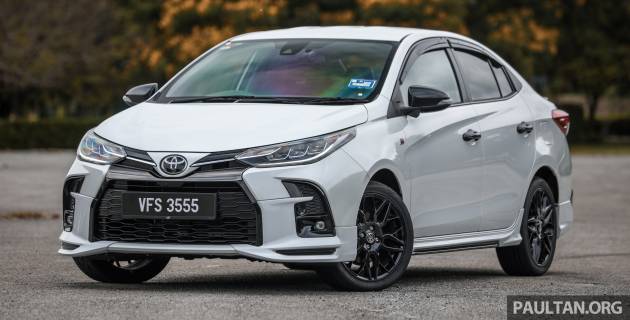 UMW Toyota Motor (UMWT) has released its sales performance results for the month of March as well as the first quarter of 2022, which has seen the Toyota brand chart a sales tally of 8,386 units, and 101 units for Lexus for a total of 8,487 units in the month of March.

For Toyota, this is an increase of 32% last month compared to the 6,366 units sold in February, while Lexus’ sales performance in March also increased compared to the 66 units sold in February. Total sales for the first quarter of this year come to 22,447 units; for comparison, the company achieved sales of more than 17,000 units in the first quarter of 2021, which comes to a year-on-year gain of also 32%.

The results achieved for the first quarter of this year by UMWT were attributed to ongoing sales promotions from March, including value-added benefits worth RM4,000 for its best-selling models, the Vios and Yaris. A further boost in sales is anticipated by UMWT, through upcoming new product launches later this year, the company added.

“As we transform towards sustainable mobility, Toyota aims to leave no one behind as we continue to be at the forefront in offering value for money innovations equipped with technological advancements and state-of-the-art safety features across all our products,” said UMW Toyota Motor president Ravindran Kurusamy.

The company has also launched a new 3S centre in Cyberjaya, in order to serve the customers in the area. In addition to sales, service and spare parts facilities, the Cyberjaya 3S centre operated by Otomobil Sejahtera will also include body and paint services, said UMW Toyota Motor.

As for ongoing promotions, UMW Toyota Motor is offering the chance to win ‘duit raya’ with its Pandu Uji dan Menang Duit Raya contest, where each test drive at any Toyota showroom represents one contest entry to win duit raya of RM100, while a successful vehicle booking will give the participant the chance to score RM200. A total of 30 winners will be selected for this contest, weekly.

This is in addition to the ongoing Bersama Lebih Bermakna celebrations with the upcoming Ramadan Weekender event taking place April 16 an 17 at all Toyota outlets nationwide. Deals and value-added offers will be available here, as well as gifts (while stocks last) when partaking in test drives of Toyota vehicles.