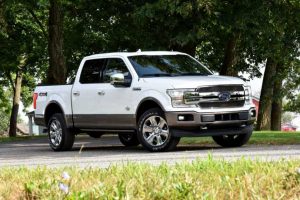 ​You probably already knew this, but new car sales haven’t been doing so hot this year. Between a global pandemic forcing auto manufacturing plants to press pause and an economic recession putting millions of people out of work, the idea of going to a dealership and buying a new car has been more of a dream. Despite all of that, though, the industry just had its best new car sales month since February.

September brought about a glimmer of hope for automakers. As per usual, companies have begun revealing their quarterly performance numbers and things don’t look nearly as grim as they did in months past. In fact, the industry as a whole appears to be regaining its footing, and September alone has padded the quarterly numbers above and beyond expectations.

Sales of coupes and sedans, although important, didn’t play such a key in September’s success story. Truth be told, they remained fairly flat with roughly one-third of reporting automakers noting a year-over-year decrease in the number of these cars sold. This didn’t keep some vehicles like the Honda CR-V and Kia Forte from breaking a 20 percent increase in sales, but those are outside the norm.

Trucks and SUVs, meanwhile, were a different story.

Every automaker who reported data presented YOY increases of large-vehicle sales in September 2020 versus the previous year. The biggest winner in this category was Kia which reported a 34 percent uptick in this category, namely due to its immensely popular Telluride SUV. Hyundai also reported a similar figure at 30 percent with thanks going to its sister SUV, the Palisade, which had an astonishing 121-percent sales increase in 2020. Honda and Toyota also faired well in this climate, reporting 20- and 19-percent upticks, respectively.

Likewise, Ford saw F-Series sales climb 17.2 percent in September with more than 76,000 pickups sold. This catapulted the Blue Oval’s truck line to its best Q3 since 2005 as it races to beat its crosstown rivals at GM and Ram for a 44th straight year.

Another segment that sold surprisingly well was the affordable sports car market. Namely, the Mazda MX-5—where sales were up by 68 percent—and the Subaru BRZ, which was up by a whopping 126 percent. That’s the highest year-over-year increase for September supported by released sales figures despite the low overall volume of total model sales.

And in case you were wondering, the luxury and supercar markets have been performing exceptionally well despite the underlying economic turmoil. Lamborghini actually had its best September ever, selling 738 units throughout the month.

One of the biggest concerns that the auto industry should have right now is whether or not September’s good sales are sustainable through the end of the year. Furthermore, it’s unclear how the industry will forecast its sales into 2021 as the first quarter has historically been the roughest, year in and year out. If another round of COVID-19 rears its head and pummels the economy, the U.S. could expect the very worst first quarter in history. But if sales continue to be strong, pent-up demand may prove to be an invaluable resource to many manufacturers.