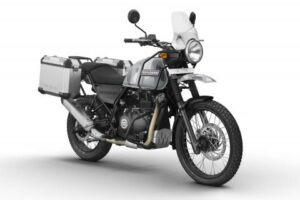 After a month of repairs, the bike finally starts but it’s still in the service centre to sort out other issues.

BHPian SidTellsStories recently shared this with other enthusiasts.

I’m posting this reply to this forum hoping that at least someone can shed some light on my situation.

My Himalayan sleet ABS is at the service centre since the 7th of September and it’s not yet trouble-free.

Well, I got my bike delivered in November 2018 and had faced minor inconveniences and part changes after the initial few months. So, as mentioned by the OP, visiting the service centre was a monthly affair and even a daily affair at times. Let’s say I had an up & down relationship with my bike for the past two years, but never something worse that stranded me in the middle of nowhere and the bike used to run, in good shape or not.

Fast forward a few more months, it’s the first week of September and I decide to do a solo ride to Hampi. The ride towards Hampi was smooth, apart from an issue with the rear right indicator that I faced(the indication blinking at a higher rate), which mysteriously vanished the next day, everything went fine.

A couple of days later, I was on my way back and the bike abruptly stalled. There I was, with my fears coming true, I was stranded in the middle of nowhere with a bike that doesn’t start either electrically or manually (jump start). Contacted the service centre people and they came with few tools for initial diagnosis and couldn’t find any. Towed the bike to the service centre, 4 kilometres away, at Parampara Motors, Hospet, and was finally in the servicing bay. A melee of servicemen scanned and dismantled different parts of the bike to diagnose the issue, but could only come up with a few doubts and maybe-s. Fun fact, they used their ECU diagnose device to check the flaw and the device said “there are no errors”. What the flying Fish! I was told that I had to leave the bike for the day and extend my return plan.

I reach the service centre the next day and I hear the issue is major and they are suspecting it to be on the main wiring or Throttle assembly and it needs 9 days for the part to arrive and 2 more days to try the same on and rectify the trouble. Felt bad but had to understand the situation and left Hospete that night, leaving my bike at the service centre, hoping that in a couple of weeks I will get my bike back. niggle free.

Fast forward four more weeks, my bike is still at the service centre at Hospet, the service people have replaced the main wiring harness and they say now my bike is starting but there is a choking issue prevailing and so they are replacing the timing belt. I said fine, and asked, “will I be bearing all the expenses for the same?” “Like, you know it was not due to anything wrong that I did nor an accident that caused the trouble”.

He replied, ” Sir, the electrical warranty is over, you have to pay. But I will discuss it with the engineer and you can ask for the warranty there”. I raise a complaint to RE asking the same and got the automated mail telling me that someone will contact me soon.

Fast forward four more days, neither did I get a proper response mail nor did I get a call. Even the number provided by the customer care support over mail was not answered when I tried calling twice on two different days. the only people whom I had some faith was the service centre guys and now they are also ignoring my calls as much as possible.

It will be a month tomorrow. All I can contact is the toll-free number provided on the RE website or the mail ID to which if we send a mail, you will hardly get a response.

So, if there is anyone who can help me out or suggest the right procedures I shall be taking to speed up the process and also make them feel liable for the issues my bike is facing for a long!

Here’s what BHPian neil.jericho had to say on the matter:

SidTellsStories, first off, call up the helpline, explain your predicament and ask for a complaint number/ticket number for your complaint. Secondly, send an email to Royal Enfield’s customer care ID detailing the exact sequence of events with the complaint number from above. Also, list out the dates on which you have sent them prior emails, which have not helped.

Every Royal Enfield SVC will have a table with the contact details of the people in the escalation matrix. Since you are not in the same state, getting that will be difficult now. Perhaps, a TBHPian in Hospete, can pop into a local Royal Enfield store and get the mobile number of the workshop service manager and the area service manager. If you can get their details, do talk to them.

Here’s what BHPian JoeTheWanderer had to say on the matter:

SidTellsStories really sad to hear of your issues. Hope you get a solution to this soon.

This is horrible customer service by RE! First, you have a paying customer who has a serious issue with a product that company trained technicians are struggling to figure out. To add insult to injury, the company isn’t even communicating with the customer clearly.

I’ve only emailed Royal Enfield’s customer care a few times in the last few years but I’ve rarely received an intelligent response – even for really basic questions about riding gear they sell online. In my opinion, if you want yourself to be heard you really need to make some noise. I think RE’s customer care is so used to customers shouting at them that they’re probably immune to the polite emails like the one you sent.

A few things that I’d do personally: