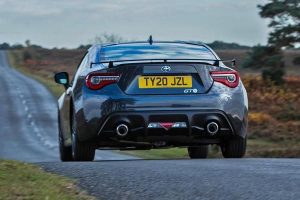 The GT86 and BRZ dared to be different. What could be more heroic than that?

Sports car fans could be forgiven for feeling like cinema goers or book readers right now, so out of kilter are they with the want of the masses. The second half of this decade has delivered newer, simpler ways of getting a similar entertainment fix, be it streaming a blockbuster to your enormous TV, or downloading audiobooks to a smartphone – or stuffing a downsized turbo motor stuffed into four-wheel-drive hatchback.

But like the joy of visiting the cinema, or the feel of a well-worn paperback in your hands, a sports car shouldn't just be a means to an end. It should reward driving for the sake of driving, and in 2020 – as it did in 2012 – nothing focuses the critical faculties like a Toyota GT86 (or Subaru BRZ). We've officially bid farewell to it with a Carbituary, yes, but if anything deserves ushering straight from manufacturing demise into the hall of fame, it's the Toyobaru. Particularly in a world that has so obviously fallen out of love with the idea of an attainable two-door, two-seat, rear-drive coupe (another 38 SUVs must have been announced since the Nissan Proto Z was denied to Europe).

Neither car is perfect, that's for certain. And we will come to that. But the point here is to argue the car's qualifications for hero status, and there is much to be thankful for with the '86 and BRZ. It should not be forgotten (as it often seems to be) that these are bespoke sports cars, not coupes spun off hatchback architecture and given another 25hp and bigger wheels. Back when the project was signed off and the FT concept shown, not only were coupes some way from their 1990s pomp, the world around them was in the midst of a recession – yet the decision was taken to embark on creating a new platform and engine for a lightweight, driver-focused sports car.

The move was laudable back then, Now, with Toyota's quest to deliver exciting vehicles having yielded another Supra and the upcoming Yaris GR, the decision looks inspired. Because, for all the imperfections, the project showed that Toyota cared about its image among enthusiasts, and wanted to build cars that appealed to them. And what could be more courageous than that? Even in 2012 the two-door coupe was hardly modish, yet Toyota and Subaru persisted: they had a vision of an affordable driver's car – small, light, agile, fast – and they saw it through, despite everything. We should all be grateful for that.

Fast is not a misprint, either. The '86 might not lay down rubber in fourth gear from 2,000rpm, but work for the performance – as every element of the car encourages you to do – and it feels plenty quick enough. This, again, is the point – in the same way that going to the cinema is more effort than Sky Plus and visiting a bookshop takes up more time than scanning Audible. A sports car should ask you to put more in to get more out, and the GT86 does that. Those weaned on turbo torque troughs might not get it, but to feel a car get faster and faster as it works towards a peak power output at 7,000rpm, instead of just charging at the same rate from half that, is something to be savoured. The 2.0-litre flat-four needs revs and commitment, the very antithesis of an on-demand performance car, yet it highlights why the transition to turbocharging was resisted for so long: for reward and responsiveness you need a naturally aspirated, free-revving petrol engine.

The GT86's success – at least to a small branch of enthusiasts – is in taking a simple, time-honoured recipe and making it work in the 21st century. Front-engined, rear-drive, lightweight coupes have been around forever, and its engineers stuck religiously to the blueprint. Where almost ever alternative is stuffed full of adaptive this, adjustable that and configurable everything else, the car delivered a meticulously honed passive set up. Nothing can be changed about the suspension, steering, sound, brakes or throttle response; a Track setting for the traction control only arrived a few years ago. In 2012 the move looked like a welcome reprieve from what felt like a technology onslaught; eight years later and the Toyota isn't far off a 200hp rehab, cleansing you of the polluting effects of Drift Modes, brake boosters and DSG upshift farts. For those who care about driving, it remains an absolute tonic. That isn't going to change any time soon, either.

Truthfully, this feature could have been written without driving either the GT86 or BRZ again, but it says much about the coupe that you don't turn down the opportunity to get back behind the wheel. After 90 seconds, it all comes flooding back: the relative simplicity, the focus on the driver, the conscious rejection of nannying technology – all of it making for a more intimate, involving steer. The driver is sat close to the ground, brilliantly positioned and treated to near-perfect control surface weighting. The '86 wants to reward every physical interaction you have with it. The brakes have huge staying power, you'll never want for much more from the damping and the gearbox will take whatever's thrown at it. In fact, throw anything at any of it: the GT86 is a tough little car, and expects to be driven hard – at a level of commitment where most cars throw in the towel the Toyota shows you its best side. Perhaps this is why it split opinion so much. But darting from corner to corner, smearing into oversteer on the way out, rev limiter looming and next gear ready, is a guaranteed recipe for fun. Hot hatches just don't do it the same way.

If nothing else, that's why we need cars like the GT86 – to prove there is an alternative to front- and four-wheel drive. One of the GT86's greatest obstacles was the sheer number of hot hatch alternatives available for the same money – but in the same way you don't always want to watch Christopher Nolan films or read Murakami, the coupe did things differently and reminded people that there was another way to get down their favourite road.

Then there are the numbers. Things like the 86mm tailpipes (also the bore and stroke measurement), the rev counter set so the driver looks right at 7,000rpm peak power, a smaller (362mm) steering wheel with the facelift, a driving position 7mm lower than a Cayman, the traction control developed from Nurburgring racing… attention to detail is a laudable Toyota trait, and deserves credit. It doesn't play to the crowd like power or price or lap time, but is there to be cherished by the few.

Of course, that was also the car's problem. Because both versions required winding up or working out, they were doomed to fail on the kind of half hour test drive audition that a Fiesta ST is built to sail through. It made the Toyobaru seem anachronistic almost out of the gate. In 2020 a GT86 will cost you best part of £30k, or 25 per cent more than the original RRP for a very similar car; an interior that was dated in 2012 is difficult to excuse by any margin nowadays. And no-one is likely to regard the FA20 as a four-cylinder great. Any atmospheric engine in 2020 is worth getting behind, but there's no escaping its gruff soundtrack. The Michelin Primacys still don't look like the most inspired choice, either, given they often work to deny the chassis a proper chance to shine.

Which almost brings us all the way back to 2012, doesn't it? Pondering whether it's fast enough, whether the interior is good enough, whether the GT86 is the sports car its maker is billing it as. But the simple answer to that is that, for better or worse, there's nothing else quite like it. A 370Z feels like a boat by comparison, a TT little more interesting than a Golf, and a 2 Series Coupe about twice as heavy. Possibly it fell short of perfection by a longer distance than some hero cars, yet it extolled the virtues of low mass, manual gearboxes and rear-wheel drive better than any mainstream model in the last twenty years.

Furthermore, and somewhat miraculously, the GT86 will return. Despite little more than 7,000 having been sold in eight years, a second generation is in the works – another astounding signal of Toyota's commitment to a fast car future. The rumours are of a turbocharger, more grip and more maturity, which will be worrying to those of us convinced of the merits of the outgoing model, although will doubtless broaden its appeal. In a perfect world, its maker would succeed in combining those attributes with the GT86's lightweight, limpid finesse, and finally deliver an attainable rear-drive sports coupe fit for the masses. But that's the hero-car of our dreams. For now the GT86 is better than that. It's real. 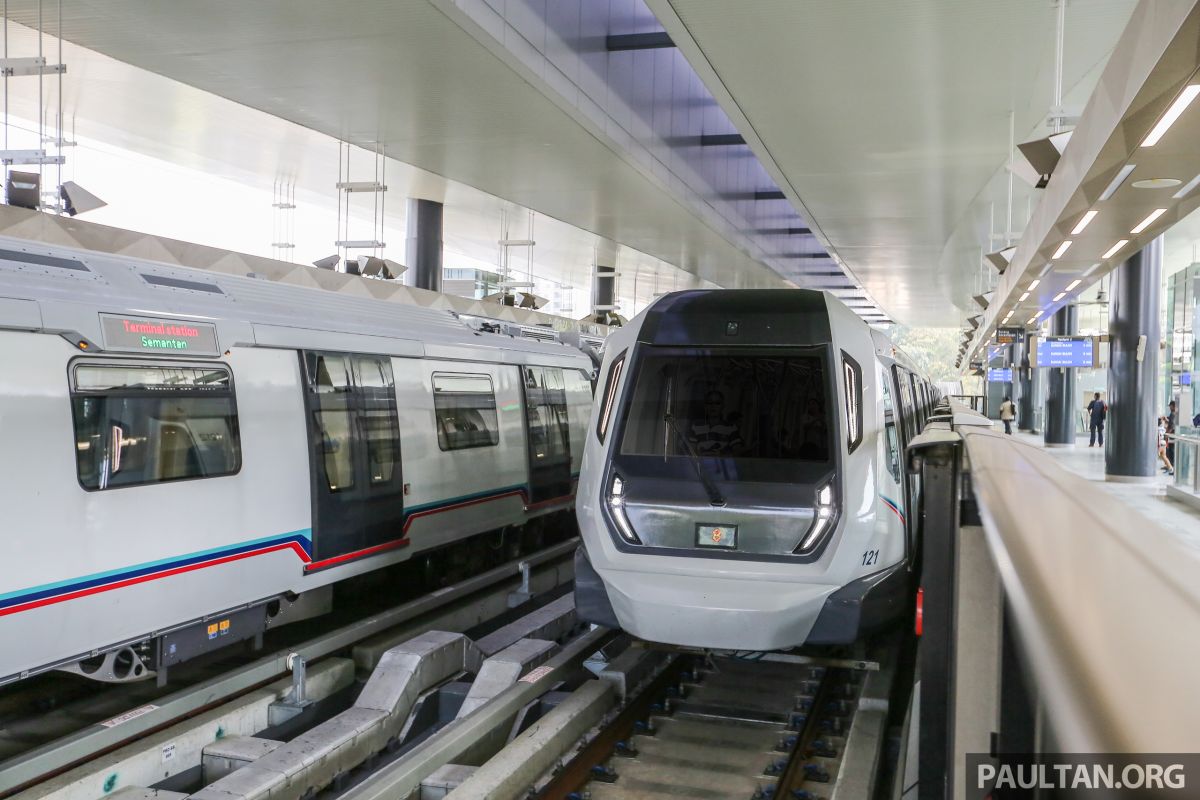