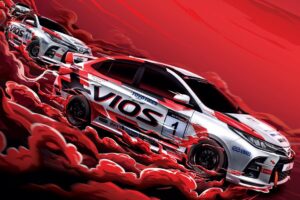 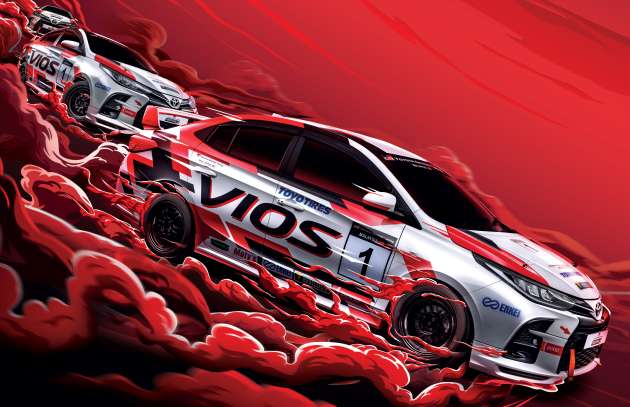 The Toyota Gazoo Racing Festival is back, and its return to the Sepang International Circuit picks up where the start of Season 5 left off in March.

This upcoming event that will take place on June 25 to 26 will reopen its doors to the public, following two years of running behind closed doors without public attendance due to pandemic precautions. This will also see the Round 2 running of the Vios Challenge, following the opening round that was held in March this year, also at the Sepang International Circuit.

As before, the Vios Challenge will be comprised of four classes – the Rookie class for budding young racing talent, the Super Sporting category for professional racers, Sporting for amateur competitors, and the Promotional class for local celebrities.

Toyota’s Young Driver Development programme has been showing fruit, as far back as Season three when then-15-year-old Hayden Haikal took the Sporting class title for the season, and has scored a race win in the opening round of this year’s Season 5 in the elite Super Sporting class.

Another Toyota Gazoo Racing Young Driver Development programme alum, 22-year-old Naquib Azlan also scored victory this year, taking the race win in the Sporting class. He was joined in the winner’s circle by his brother, 20-year-old Nabil Azlan who won the Rookie class for the opening round of Season 5.

“We are so excited to be able to welcome back the people to the Festival and Round 2 of the Vios Challenge. There are a myriad of activities lined up suited for everyone, from families looking to spend their weekend to racing fans and enthusiasts,” said UMWT president Ravindran Kurusamy.

The celebrities in participation will also be performing live over the weekend of the TGR Festival, and the live music segments will also feature performances by Malaysian rock band Bunkface on Saturday, followed by Indonesian singer Judika on Sunday, marking the first appearance by an international act at the festival.

This will also be a bumper roll-out of activity in light of the event’s re-opening to public attendance, and will feature merchandise and promotional booths, carnival games and more activities on-site. Parking and entrance to the festival is free of charge and all are welcome, says UMWT; visitors however must register their attendance on the Toyota Gazoo Racing Malaysia website to gain access to the festival.

Fancy a chance to experience the Sepang International Circuit for yourself? You’ll get to do just that at the upcoming Toyota Gazoo Racing festival; you’ll just need to be able propel yourselves.

Here, the festival will host an All-Wheel-Fest for those with non-motorised vehicles such bicycles, roller blades, skateboards, push scooters and the like, where participants will get to have a roll along the 2.7 km half-loop of the race track. Alternatively, there will also be a zumba session as part of the proceedings.

The Toyota Gazoo Racing Festival heads to the Sepang International Circuit later this month, on June 25 and 26. Entrance and parking is free of charge; mark your calendars and register on the TGR Malaysia website to attend.