Photos of Hollywood actor Tom Cruise have appeared on the Internet and social media on the sets of the upcoming Mission Impossible 7 movie. And this time, Cruise, well-known for doing a lot of stunts himself, is riding and pulling wheelies on a made-in-India BMW G 310 GS. From various media reports, the photos are from the UK, specifically the Dunsfold Aerodrome in Surrey, where Cruise is riding a G 310 GS with a safety rig and pulling wheelies as well. According to reports, filming for Mission Impossible 7 was first moved from Italy to the UK, and is now said to be put on hold, due to the coronavirus outbreak. 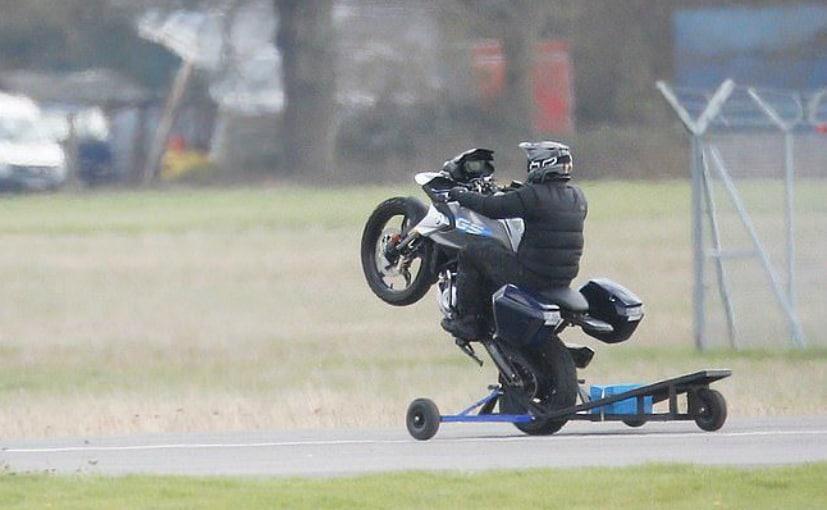 So, is Tom Cruise actually pulling the wheelies on the BMW G 310 GS? Well, in earlier interviews, Cruise has said that he spent a lot of time training for motorcycle stunts. And he is known to do many of his stunts himself in earlier Mission Impossible films as well, including several bike chase sequences in earlier instalments of the franchise. In one of the latest photos, Cruise can also be seen without a helmet on a stationary bike, but there’s no mistaking the BMW G 310 GS. And the wheelie shots seem to be taken with a safety rig, but that we’ll put down to a basic safety rig, rather than the lack of riding, or in this case, stunting skills, from Cruise. 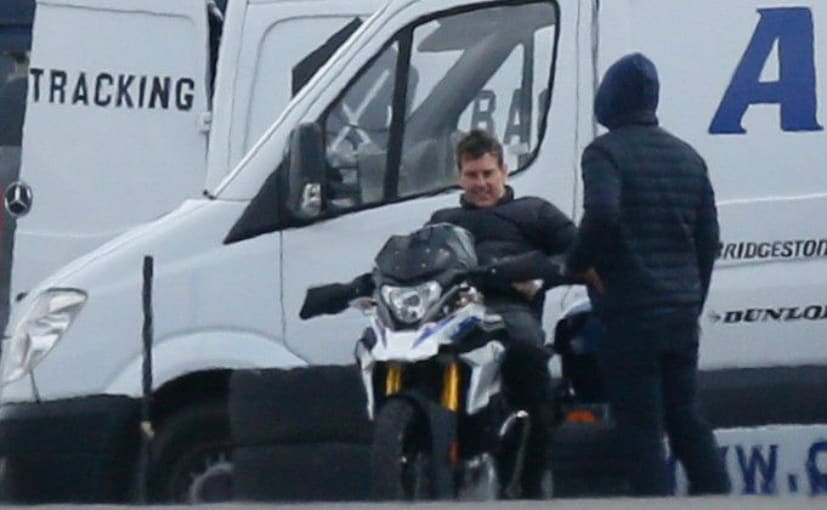 Cruise can be seen in another picture without a helmet and talking, possibly to one of the crew members

The behind-the-scenes shots show a rider on a G 310 GS in a black jacket and full-face adventure helmet with the front wheel pointed up. The safety rig seen in the pics could be just a way to prevent any untoward incident, and we don’t doubt that Cruise can actually pull wheelies on a motorcycle. A minor injury to the star of the next Mission Impossible movie could well put production on hold, costing a lot of money. From the looks of it, the next MI movie certainly looks promising, if motorcycle chase sequences and stunts is your kind of thing. But then, you’ll have to wait till July 2021, when the Mission Impossible: 7 is slated to be released.