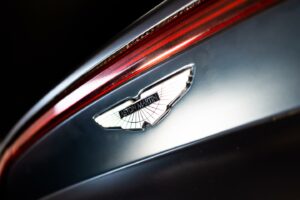 Following months of speculation, Aston Martin has today announced that Tobias Moers will stand down from his role of CEO. After less than two years in charge, he will be replaced by Amedeo Felisa, a Non-Executive Director at the firm who previously spent eight years as CEO of Ferrari. Moers will apparently remain at Aston for three more months to ensure a smooth transition, but he will leave the company board with immediate effect. Additionally, Roberto Fedeli, another Ferrari veteran, will join Aston as its new Chief Technical Officer.

The official statement suggests the change occurred with the ‘mutual agreement’ of all parties, but it marks the end of an occasionally tumultuous period for the manufacturer – one characterised by the departure of a number of high-profile and often long-standing employees. Moers, formerly the boss of Mercedes-AMG and famously outspoken, was often unabashed in his assessment of his new employer. “The company was in trouble, which I expected,” he told PH this time last year, “but it was worse than I thought, about as bad as it could be. I found a great team here, and that is good, but for sure we had to change a lot of things to save the company.”

Lawrence Stroll, Aston’s Executive Chairman and another man unafraid of candidness, moved to acknowledge Moers’ achievements while at the firm. “Firstly, I would like to extend my thanks and appreciation for all that Tobias has achieved. He joined Aston Martin at a critical time for the Company and brought significant discipline to its operations. The benefit of these actions is clear in the improved operating performance of the Company and in our great new product launches.” But the official announcement, which does not feature a statement from Moers, also stresses a pressing requirement for change.

“Now, there is a need for the business to enter a new phase of growth with a new leadership team and structure to ensure we deliver on our goals. Our new organisational framework will support the Company to its full potential, foster greater collaboration, a more cohesive way of working, both internally and externally, especially with our strategic partners, including Mercedes-Benz AG, and further accelerate technology transfer programmes with the Aston Martin Aramco Cognizant Formula One Team.”

Alongside better cohesion, the theme of additional growth is a reoccurring one, and doubtless it will be among Felisa’s primary concerns as he steps into Moers’ shoes. Aston’s quarterly results suggest it is on track to sell 6,600 cars this year, but its share price remains lacklustre and the firm faces a challenge to successfully electrify its product range ahead of 2030. It is understood that a new organisational structure will be implemented following the new CEO’s appointment, ‘with a focus on broadening the technical team through the promotion of internal talent together with added expertise of strategic external hires, identified and set to be announced in the coming weeks.’

Particular weight is given to the appointment of Fedeli as CTO. He spent 26 years at Ferrari, and Aston pointedly credits him with the creation of the LaFerrari during his tenure. “He will help us deliver our future strategy, with a particular focus on technology advancements, and our in-house engineering capabilities, as we move towards electrification,” commented Stroll. “Roberto is a proven innovator and team builder. He conceived some of the world’s most desirable performance sports cars. His extensive experience of this sector, coupled with his leadership style, will contribute significantly to shape our exciting future product portfolio and reinvigorate our technical team.”

Plainly Aston faces no fewer challenges than with Moers’ at the helm, but Felisa himself – a leader praised not only for his experience of leading a major rival, but also his ‘technical acumen and charisma’ – has already expressed numerous aspirations for the firm’s immediate future. “We have a clear objective to continue the transformation of Aston Martin into an ultra-luxury, high-performance brand and become a leader in our sector,” he remarked. “We have a highly experienced and talented team throughout the organisation that together will enable us to achieve our goals. We have a tremendous opportunity to shape and enhance the uniqueness of Aston Martin’s future products, and to further grow our appeal with new customers by harnessing the introduction of new technologies, electrification, connectivity and innovative materials.”