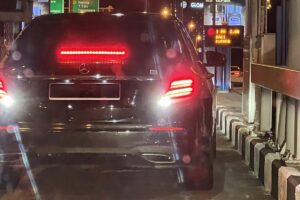 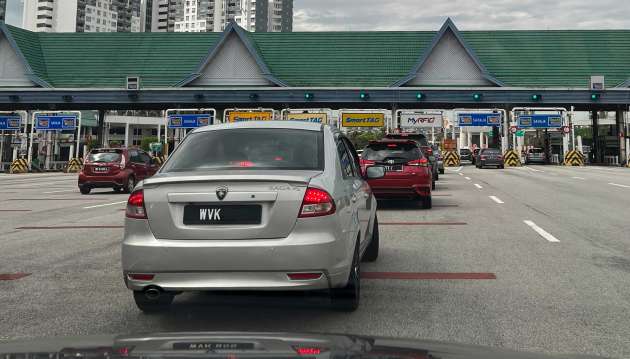 Touch n Go’s RFID payment system is not something new – it has actually been around a long time, first introduced as a public pilot way back in September 2018. It was then rolled out to all open toll highways in January 2020. Technically still under a ‘trial period’ (words from the mouth of works minister Fadillah Yusof), the use of RFID got a lot more exposure when PLUS implemented the system at its tolls from Jan 15, 2022.

I am a frequent user of the NKVE highway and my primary choice of toll payment method is RFID because I like its ‘hands-free’ usage but it’s disheartening to see long queues at RFID lanes up until today. It’s been more than 3 months since Jan 15, these long queues still exist, and as road users we don’t see any changes to the system being implemented to fix this.

Initially PLUS apologised for the traffic congestion during to its RFID rollout and assigned customer service assistants (CSAs) at all 158 RFID lanes across 74 toll plazas to assist customers who are stuck at lanes. Using portable detection devices, the CSAs will help stuck cars.

Three months later, these CSAs are nowhere to be found. I once waited more than 5 minutes while a stubborn Toyota Fortuner continued to reverse and drive forward countless times, hoping for the RFID gate to finally detect his tag. In the end, he gave up after a long queue built up behind him.

Curiously, not a single driver of the 15-20 or so cars queueing behind honked at him, including myself. It’s like we didn’t blame him and were all resigned to the fact that we just have to deal with this every day. 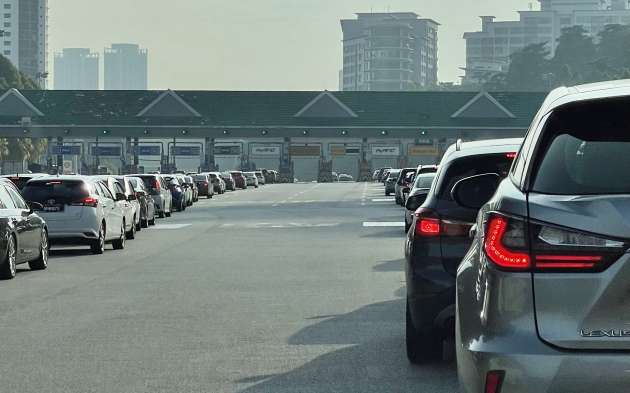 Because highways like NKVE operate based on a closed toll system where you pay based on where you enter and exit, a car that enters using the RFID lane cannot exit with a SmartTAG or Touch n Go lane.

When a car gets stuck at the RFID lane, RFID users have no choice but to join a super long queue, just like the viral photo of NKVE’s Jalan Duta toll plaza back in February. You can see the SmartTAG lanes are empty, but the cars cannot use them.

Well, I suppose they could, if they are willing to pay the maximum toll charge as a penalty because their entry was not technically recorded on the TnG/SmartTAG system.

The only thing they can do if an RFID lane is stuck is to use another RFID lane, but a lot of toll plazas only have one RFID lane, so in practice there is actually no backup. The rare ones with two RFID lanes often have them spread apart far from each other, making it unsafe to switch lanes. And often, queues build up at both lanes anyway, so it is hard to merge into an existing queue.

PLUS issued a press release explaining that it was determined that during the peak hours between 8am to 8.59am, there were a number of cases of drivers with insufficient balance attempting to reload their TnG eWallet at the boom gates, resulting in the congestion. PLUS apologised for any inconvenience caused and said it will help guide customers to park their vehicles at a safe location away from traffic in front of the RFID lane so they can reload their TnG eWallet.

If this is the main reason for cars getting stuck at RFID lanes, the solution is really simple. TnG should just allow the car to pass through the toll and go into a negative balance. Allow it for just one time, so the user’s TnG eWallet account can be reloaded in a safe location. There are a few situations where I can think of which can make it hard for on the spot reloads. A lady might be driving a car that has an RFID tag linked to the husband’s TnG eWallet account, for example. Display a message at the LED screen at the toll lane to let the user know of the negative balance, and push a notification to the user’s phone as well. Now, if the user still does not reload their wallet, then you can bar them from the next toll payment.

If you think about it, the risk is quite minimal. You need to go through an e-KYC process when you sign up for an TnG eWallet account and your account is tied to your phone number anyway. What is the user going to do, keep on buying new simcards? Might as well use the money to pay the toll.

Turning on auto reload is a recommended solution, but some people might not want to do this – cashflow might be one reason. And it’s clear that they will continue to not want to do this, because this baki kurang issue keeps happening.

TnG should do the noble thing and just take on the risk of non-payment of just 1 toll charge for the convenience of many motorists stuck behind the errant user. The rest of us are paying toll for faster travel, it really does not make sense being delayed at the toll plazas because of this on a daily basis.

TnG could even take it one step further and allow users to pay their toll monthly like a postpaid bill. If you trust a user enough to disburse a personal loan with the new GOPinjam feature, surely allowing the user to pay toll charges using a monthly bill is not a big issue? 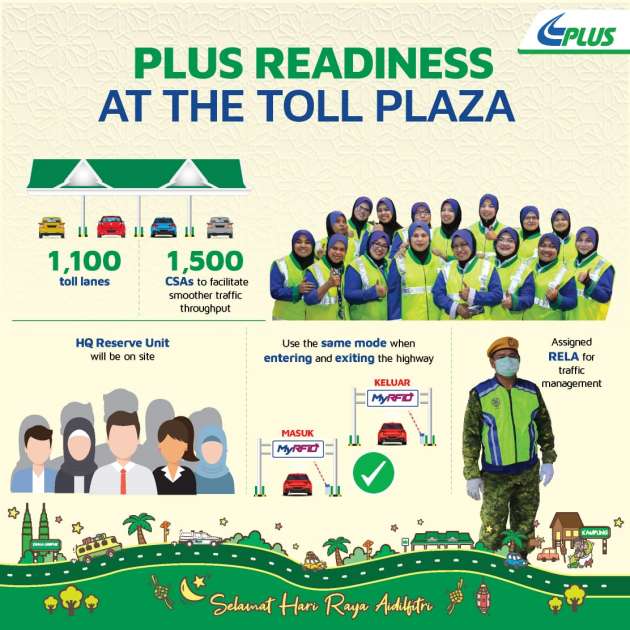 PLUS sent out a press release today that it anticipates 2 million highway customers during this year’s balik kampung period and it is prepared to field a total of 1,500 CSA officers at all 94 toll plazas from 29 April to 9 May to ensure smooth traveling through the toll plazas.

This feels like an inefficient use of human resources and those CSA officers should off celebrating Raya instead. It could be a good idea to use this balik kampung period to test out the ‘Pay Later’ or ‘Reload Later’ system. What do you think, TnG? Could you make it work?