This RV Has A Hideaway Second Floor With Bedroom And Workspace 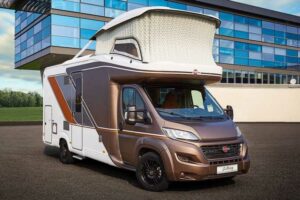 It uses inflatable sidewalls to raise the pop-up roof.

Cab-over campers are nice for their extra living space, but that additional headroom makes the RV much taller, too, possibly hindering where it can and cannot go. The new Bürstner Lyseo Gallery looks to solve that conundrum by offering the best of both worlds – a sleek design with a cab-over design. The new camper incorporates an elevating pop-up roof over the cab with a unique design – inflatable sidewalls.

The Lyseo Gallery is based on the 2019 VisionVenture concept that featured the inflatable pop-up roof, and that feature carries over virtually unchanged. According to the company, the inflatable pop-up roof takes just 90 seconds to inflate with the air compressor, with a sensor monitoring the pressure inside the walls so it can add air as needed. The pop-up roof adds nearly 40 inches (100 centimeters) of headroom. The cab-over space offers a large sleeping area with a mattress, a charging station, and a table and seat to get some work done, too. 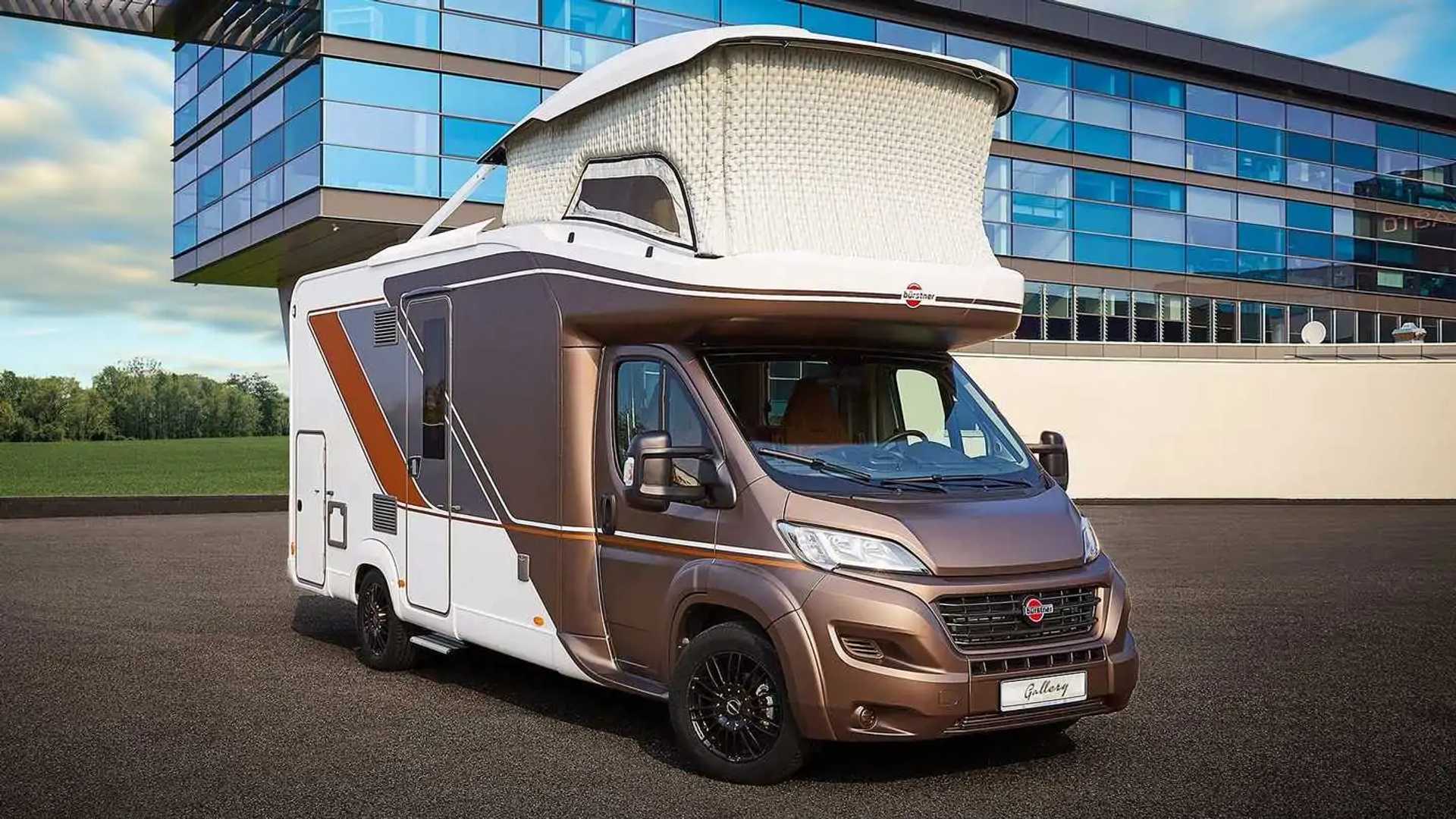 Bürstner says it designed the sidewalls so that the alcove wouldn’t collapse due to a sudden pressure drop thanks to the chambers’ reinforced construction and unique arrangement. The second-floor alcove is accessed via a fixed set of stairs near the side door. The rest of the camper’s interior is ultra-modern and well-appointed, with residential-grade equipment used throughout – a Bürstner feature.

Interior features include a pop-up coffee maker, electrically controlled drawers, a gas or induction cooktop with a retractable extractor hood, and an expansive countertop. Other details about the feature-packed model aren’t available just yet as the company only has a pre-production show vehicle. Bürstner does have plans to put this into production in 2022, so it will be more than a concept in no time. We’ll keep an eye out for more information when the company begins production for a full rundown of its specs and features.