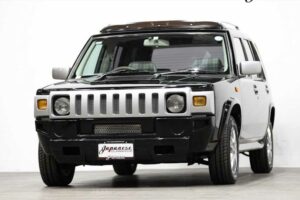 They come up with the DAMDest things in Japan. Sorry, that’s a really obtuse reference—that’s the company that makes those Ford Bronco conversion kits for the Suzuki Jimny. It’s far from the only strange, American SUV-inspired body conversion made there, too, as there’s another company that does Hummer H2-inspired bodies for an obscure JDM wagon called the Nissan Rasheen.

The Rasheen was a tall, boxy wagon similar to the Subaru Forester, one that came in three inches shorter and narrower than an Mk8 VW Golf, but two inches taller. It could be had with 1.5-, 1.8-, and 2.0-liter four-bangers that sent their power through a four-speed auto or five-speed manual to all four wheels. It didn’t have the ground clearance to make much use of it, but that hardly mattered to its customer base, which like Figaro and S-Cargo buyers sought something more in the vein of an accessory than a real utility vehicle. 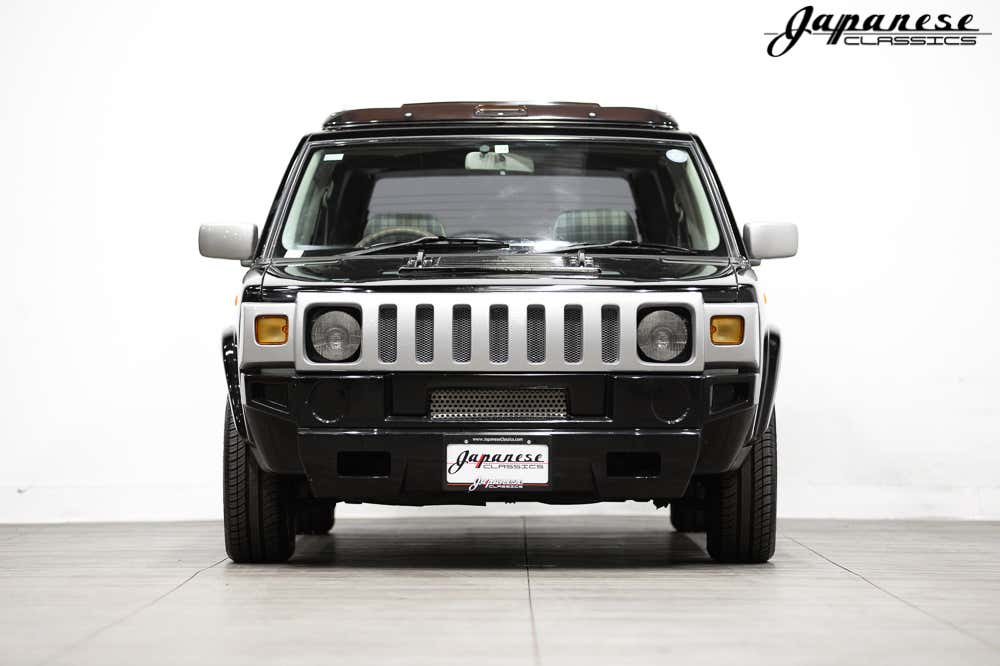 At some point, Rasheens became the subject of Hummer-inspired body conversions, which appear to be manufactured by a company called ESB-Style. It advertises its “Lummern H4” kit under the tagline “Dimension of the Ultimate Parasite.” Okay!

The kit retails through ESB-Style’s website for about $2,200 and consists of a new, Hummer-style grille, different bumpers, and a “side step” that appears not to mean running boards. Accessories to complete the look such as hood vents and stock Hummer-style exhaust tips are available separately for a few hundred apiece. And if the brochure photos are anything to go by, lift kits for the Rasheen are out there too. Dunno why Japan’s so fascinated with one of the low points of American car design, but hey, anything outwardly threatening can become cute when you shrink it to the point of impotence. That’s why we like cats, after all. 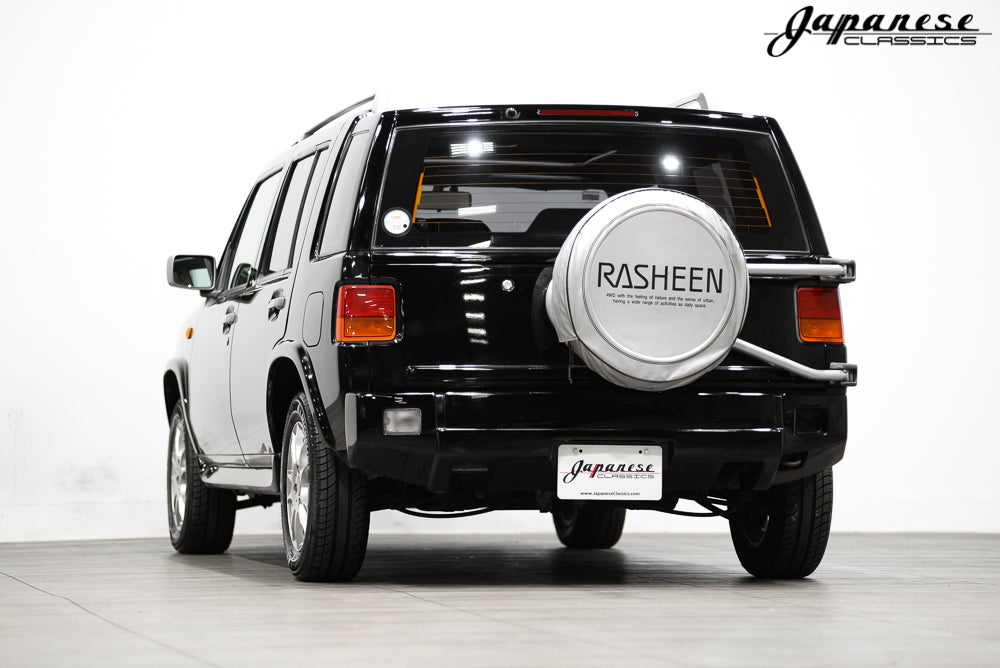 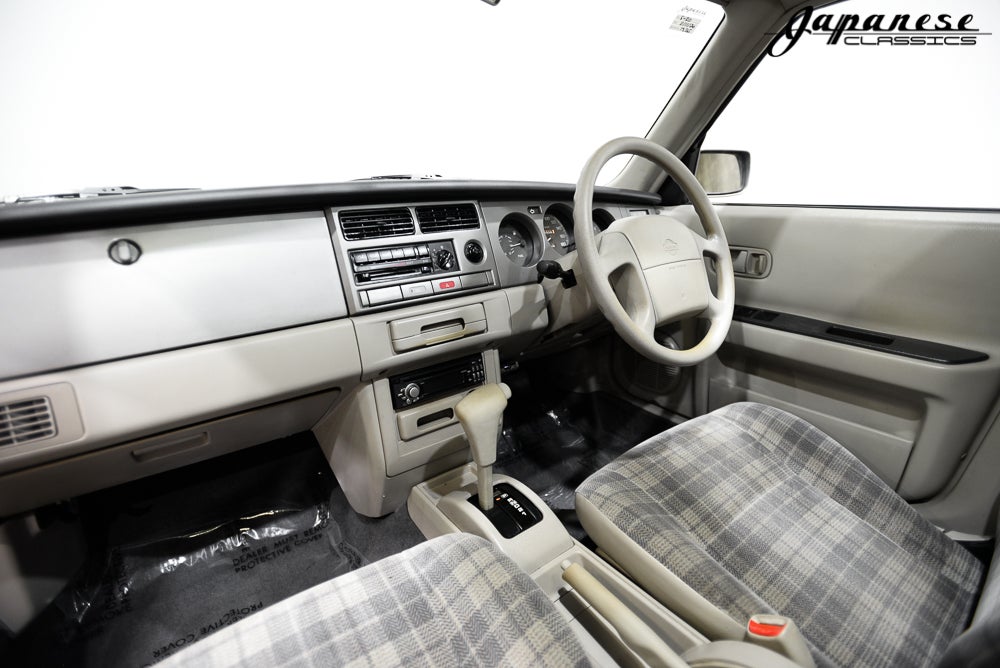 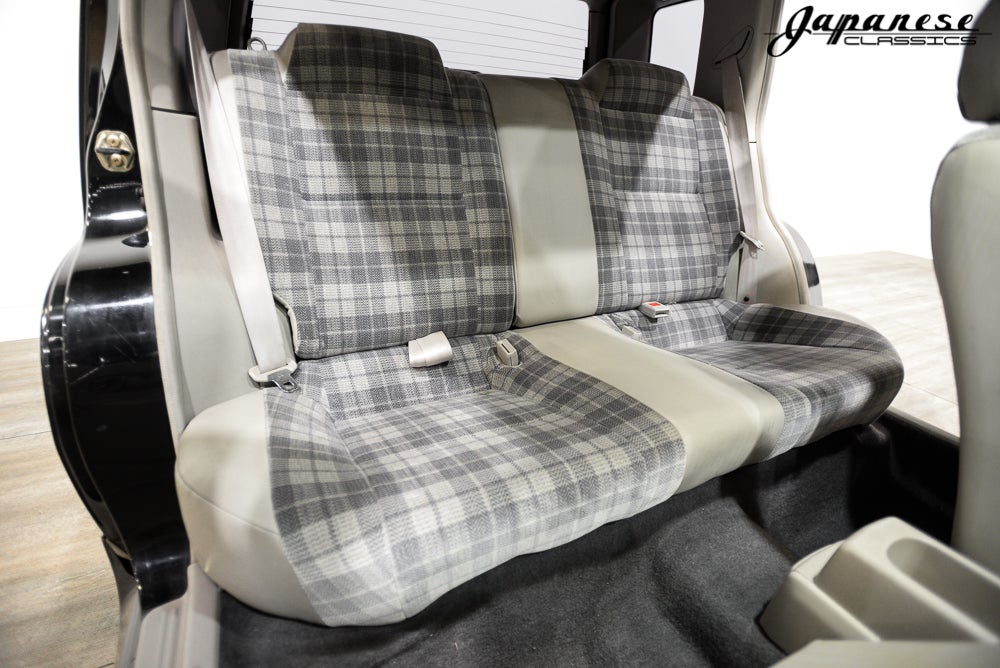 If trolling Hummer meets in this sounds like as much fun to you as it does me, you’re in luck, because one of these strange Lummern-faced Rasheens has crossed the Pacific to go on sale in Richmond, Virginia through Japanese Classics.

Being an earlier 1995 model, it’s only a 1.5-liter automatic but its odometer appears to show fewer than 6,000 miles and it’s only listed for a hair under $12,000. Considering what any other low-mileage ’90s Japanese wagon would go for on Bring A Trailer these days, never mind one capable of giving H2 owners an aneurysm, that seems a more than fair price.