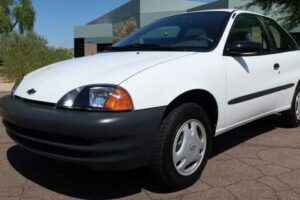 The Chevy Metro—which used to be a Geo, if you’ll remember—was the true economy car. Not only did it get extremely respectable gas mileage, think 39 miles per gallon around town and 46 on the highway, but it was cheap. Its base MSRP in the year 2000 was $9,585, or $15,576 today adjusting for inflation. For that price, you got a 1.0-liter, three-cylinder, 55-horsepower engine along with a five-speed manual transaxle and hand-crank windows. It was a car in its most basic form.

Most Metros were thrashed around on daily commutes until they folded in half. But apparently, at least one was driven just 402 miles since it was built 21 years ago. Yes, there’s a basically new 2000 Chevy Metro for sale on Bring a Trailer. What is its eventual sale price going to prove? We’re not sure yet.

It was originally sold by a dealership in Torrance, California, and is currently in Scottsdale, Arizona, which explains why it hasn’t returned to the ground as rust. It also hasn’t been driven at all, which certainly helps. The only work done to the Metro since it was purchased was a recent refresh of the fuel system. It’s entirely possible this car has never consumed more than a single tank of gas. 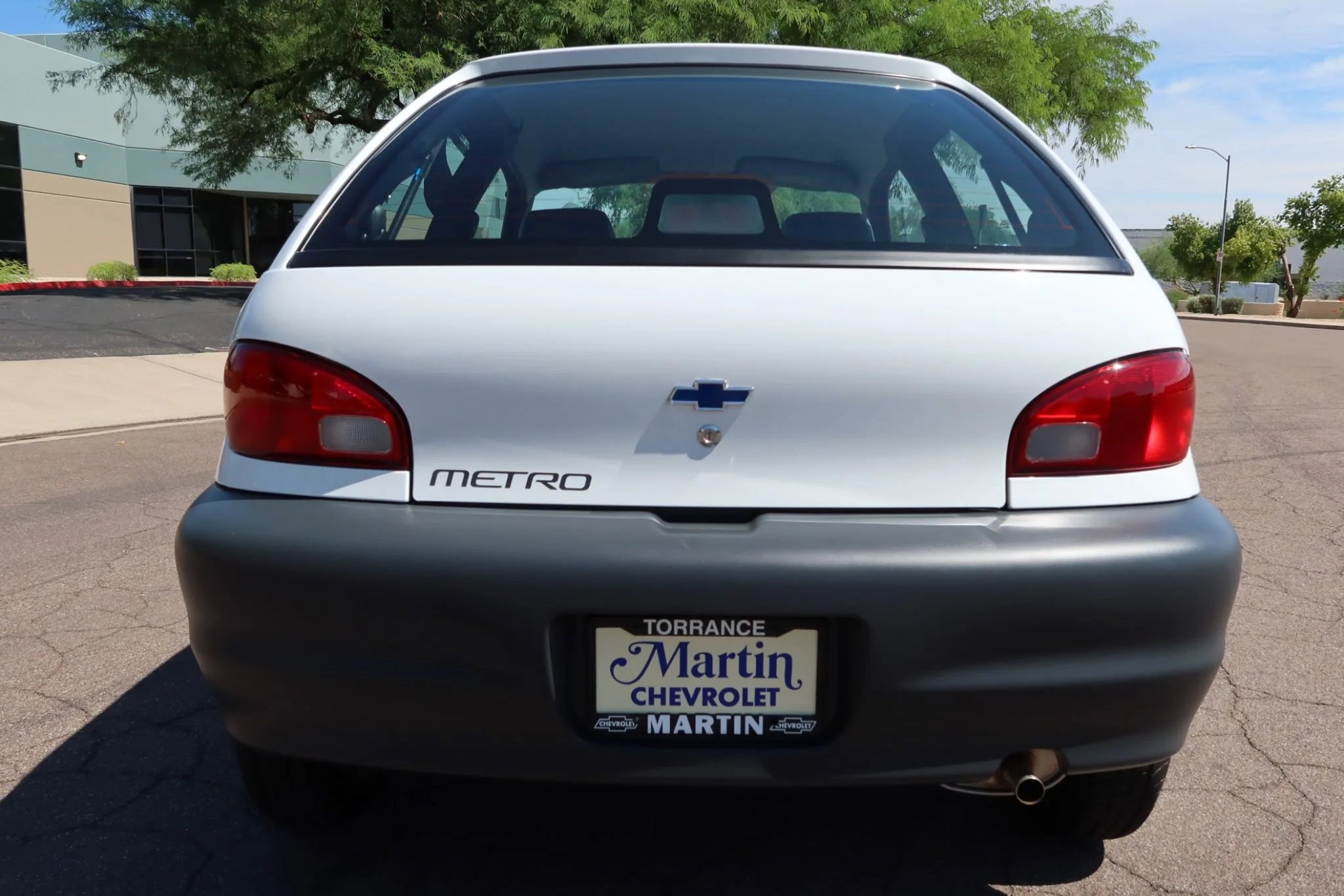 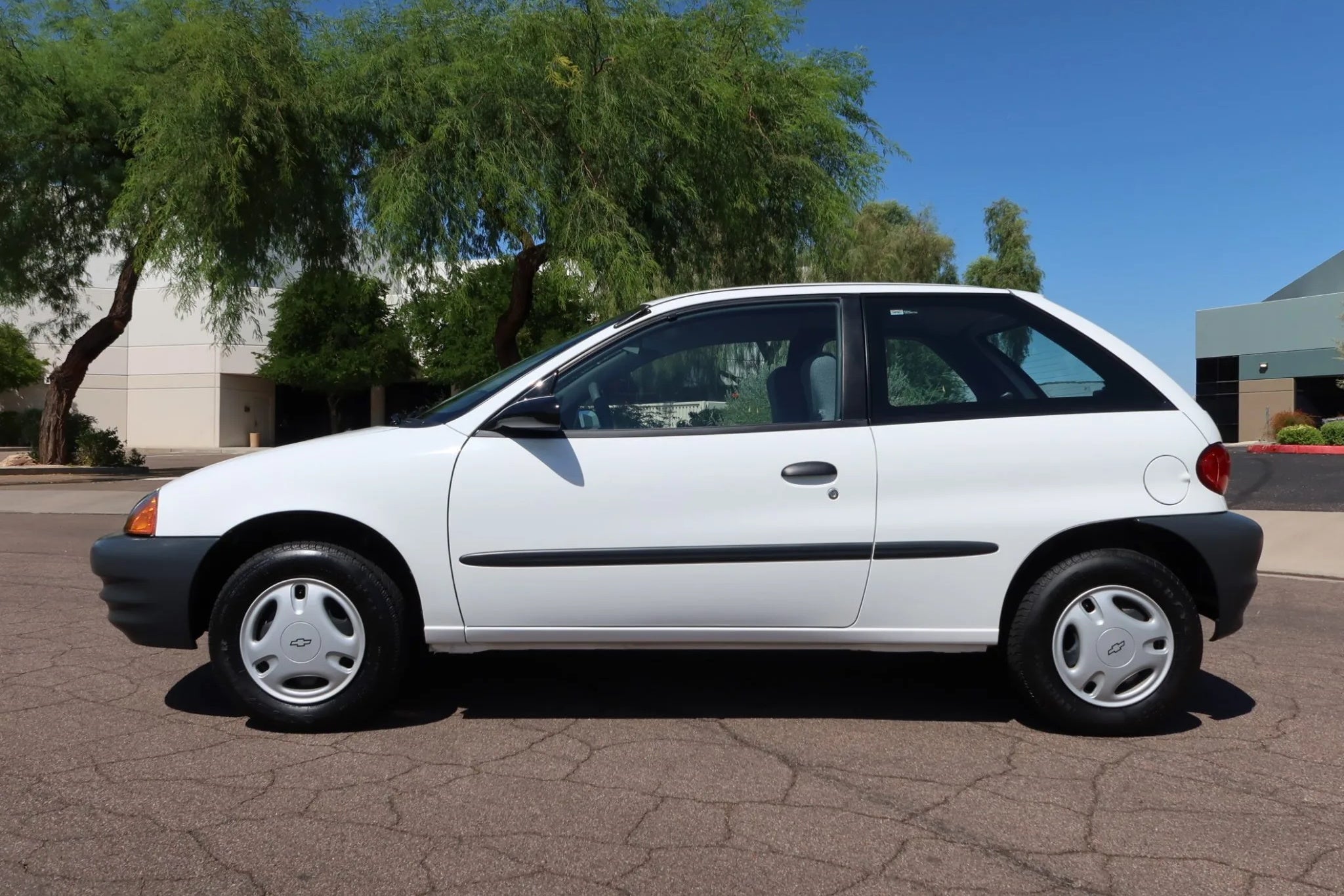 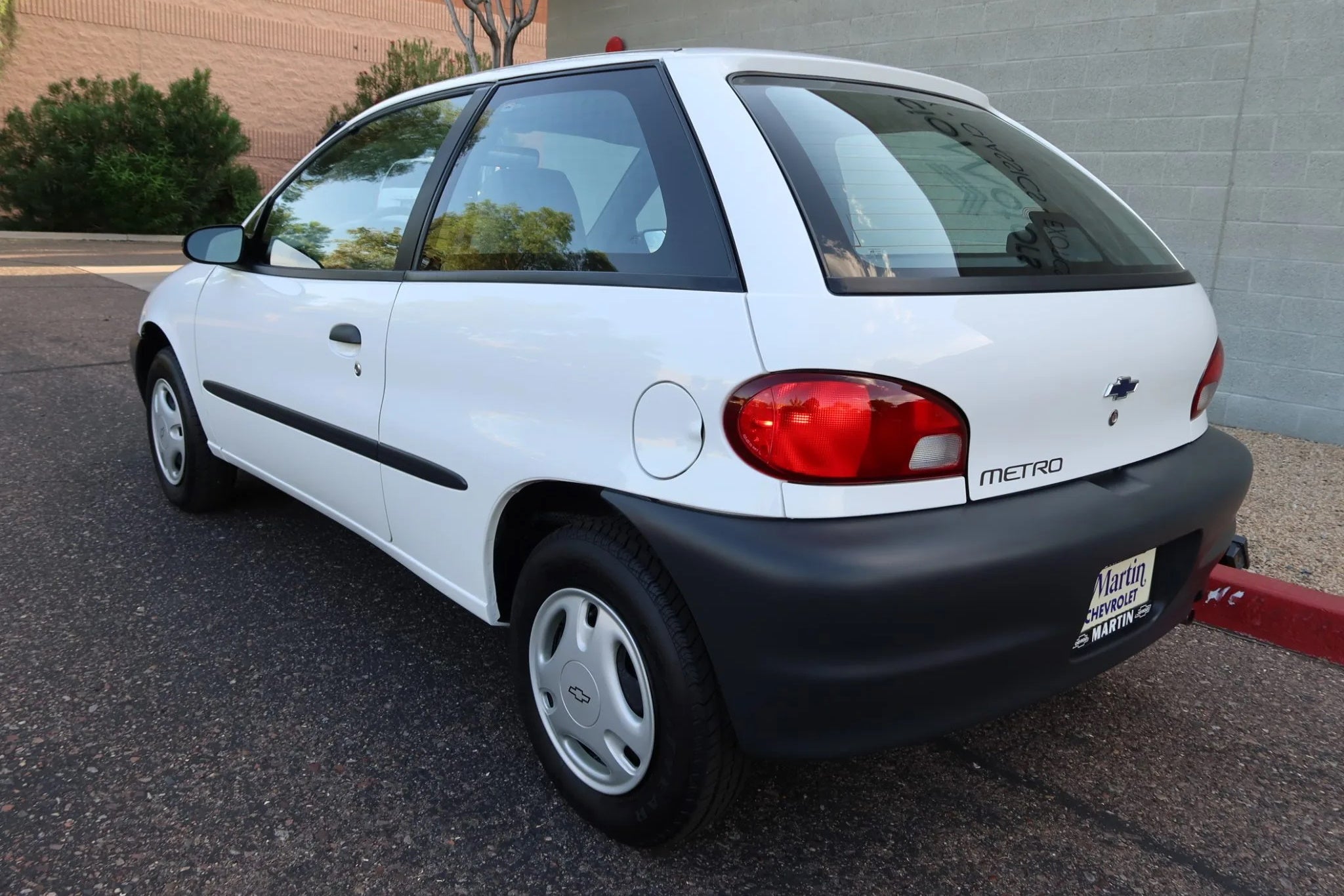 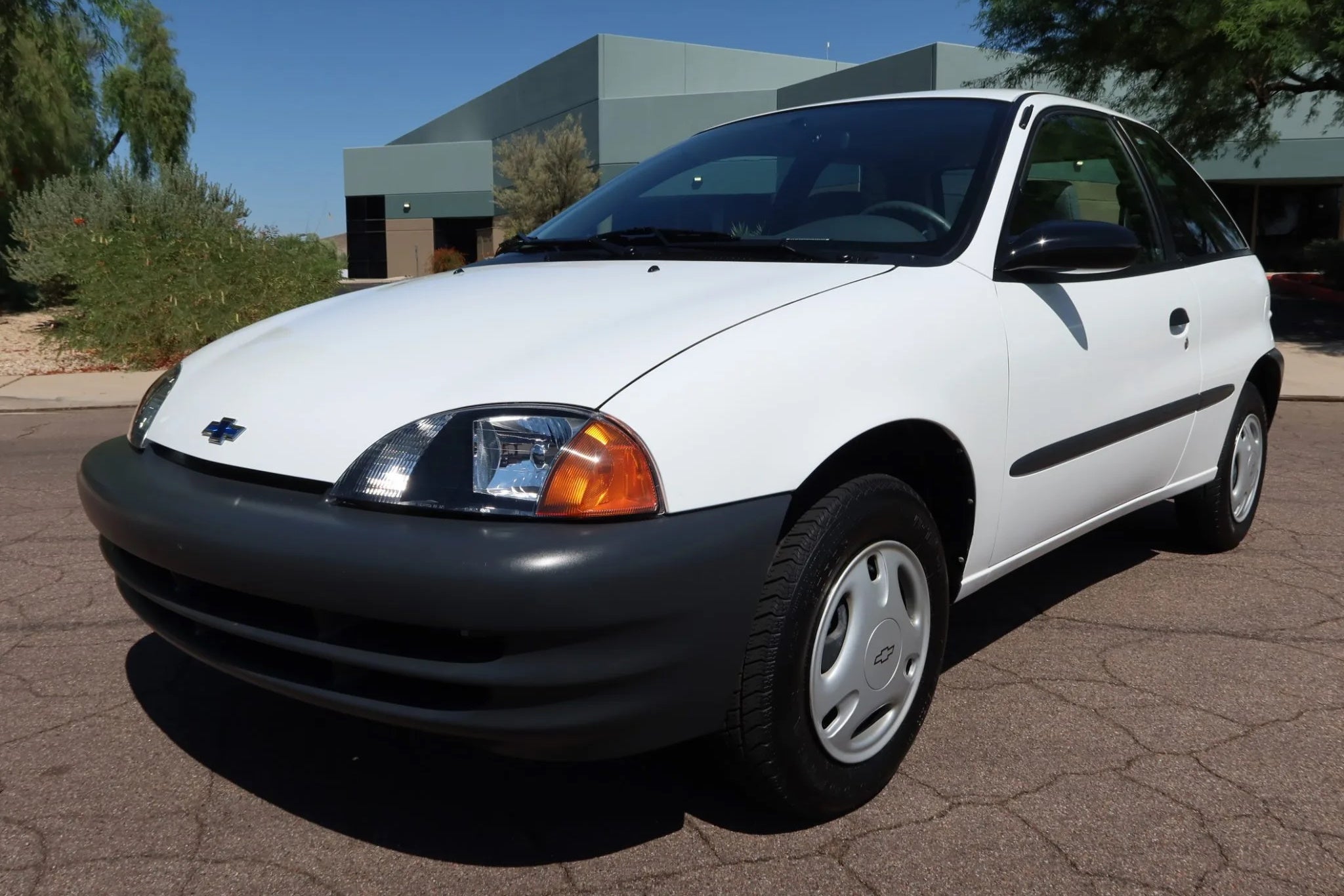 This isn’t some janky base Metro, mind you. It has a few options. The seller, who happens to be the original owner, spent an additional $1,555 on extras like air conditioning, a radio, body side-molding, and a heated rear windscreen. That’s everything as far as upgrades go, which meant the MSRP was pegged at $11,140, or $17,745.72 in today’s money.

Honestly, looking inside, it doesn’t seem that bad. Sure, the speedometer only goes to 85 and the windows roll up manually, but it has all of the typical car interior stuff in the typical car interior places. It could definitely be worse. To my point, the spare tire is 14 inches in diameter while the wheels mounted to the car are 13s. That’s a free upgrade, baby! 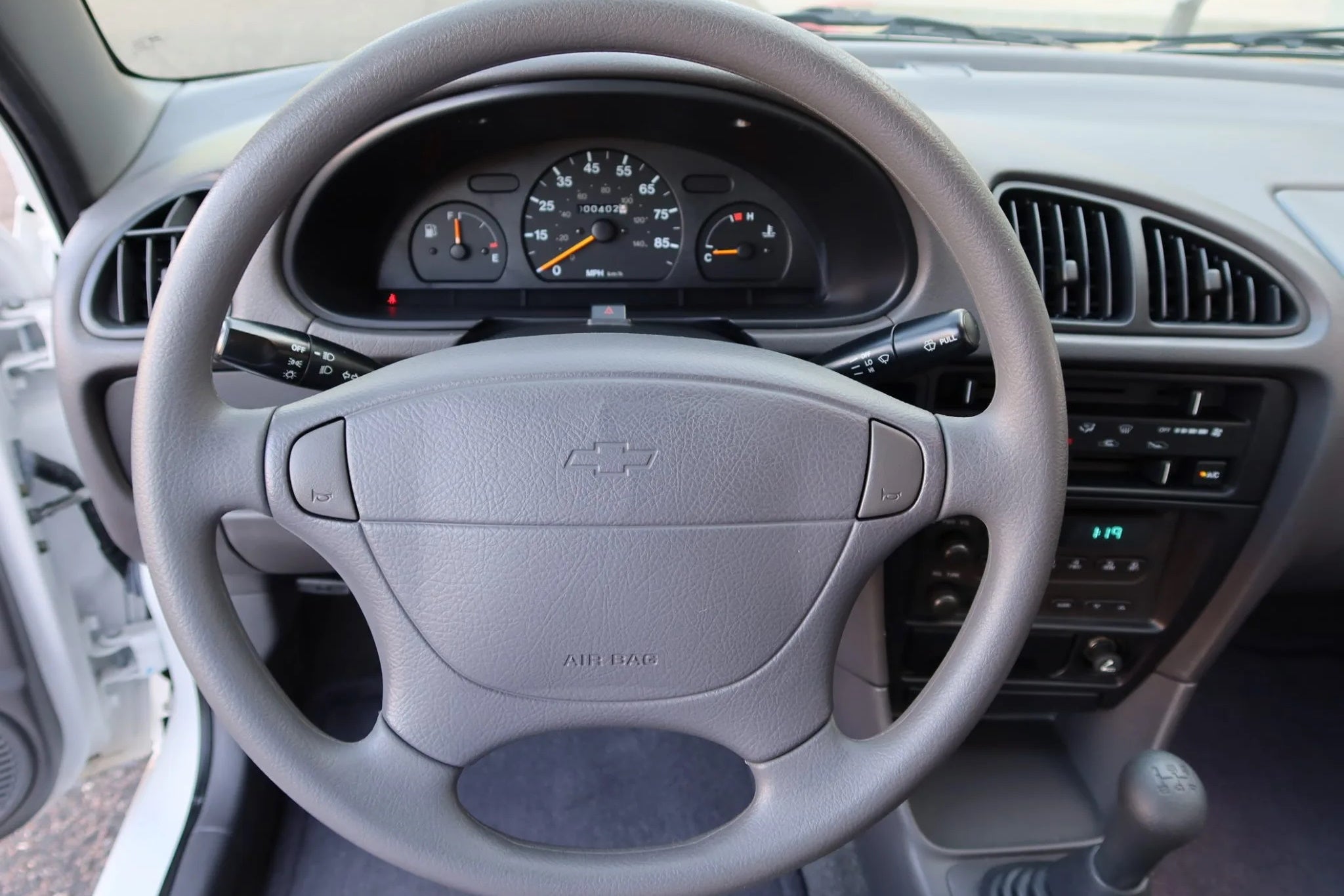 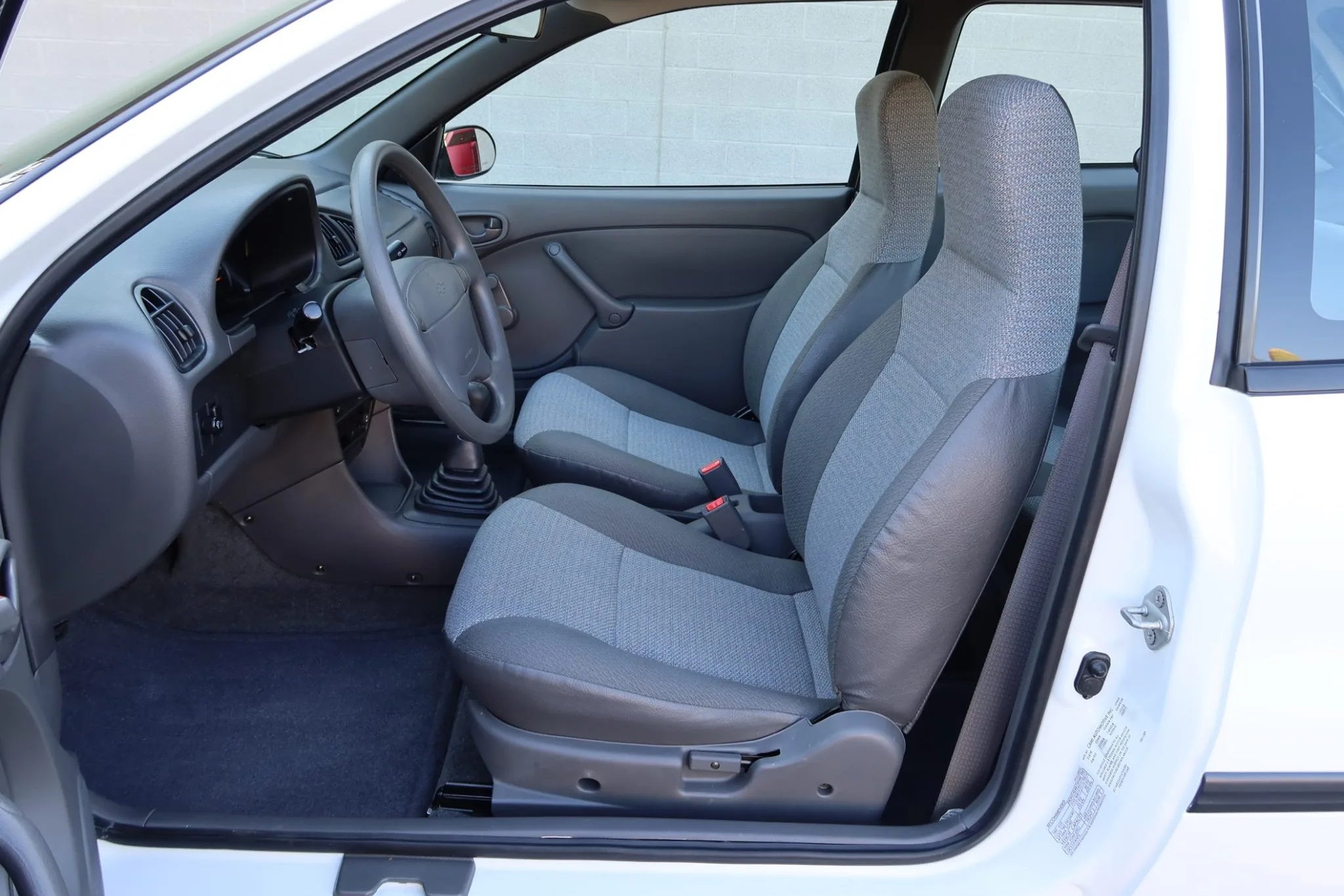 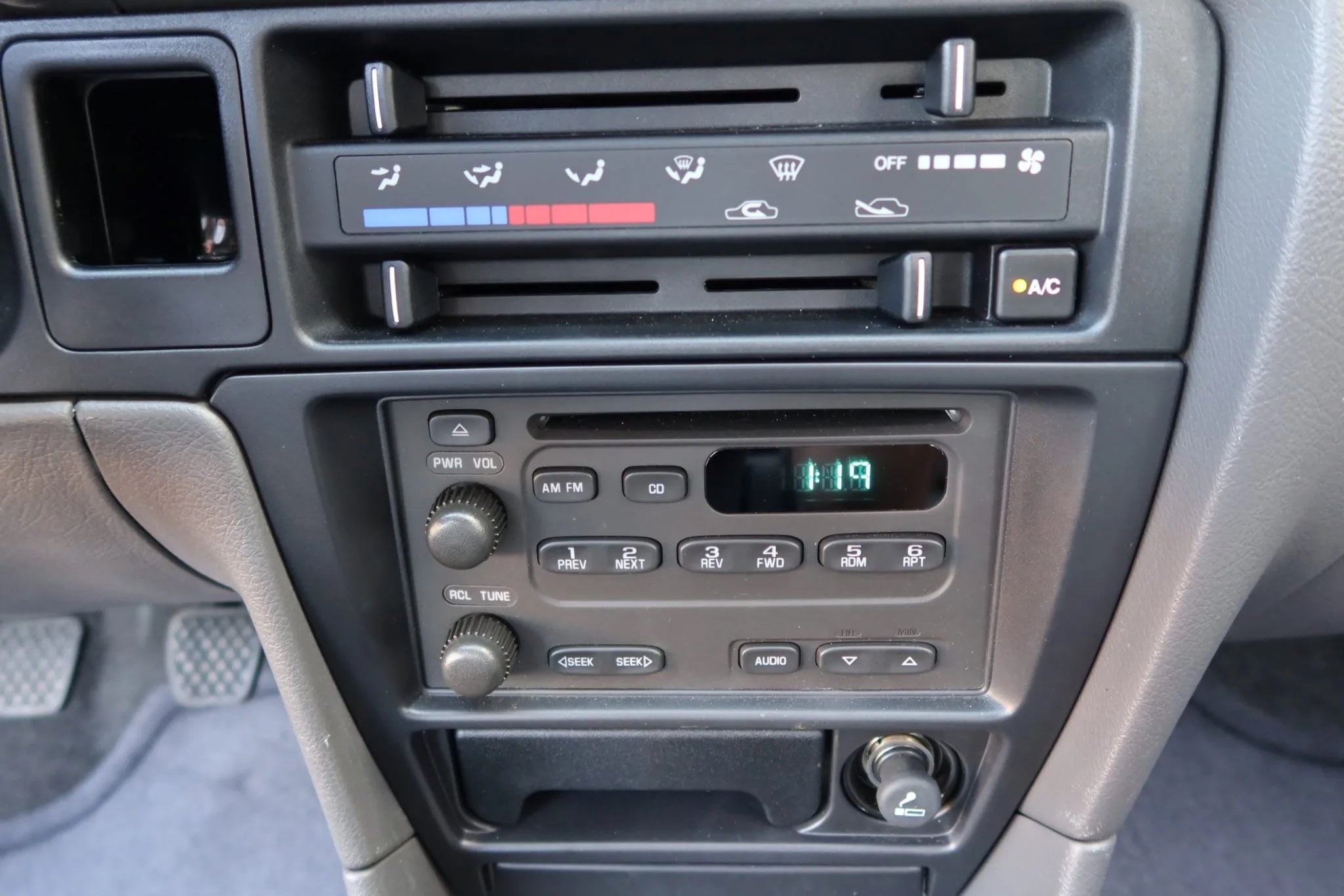 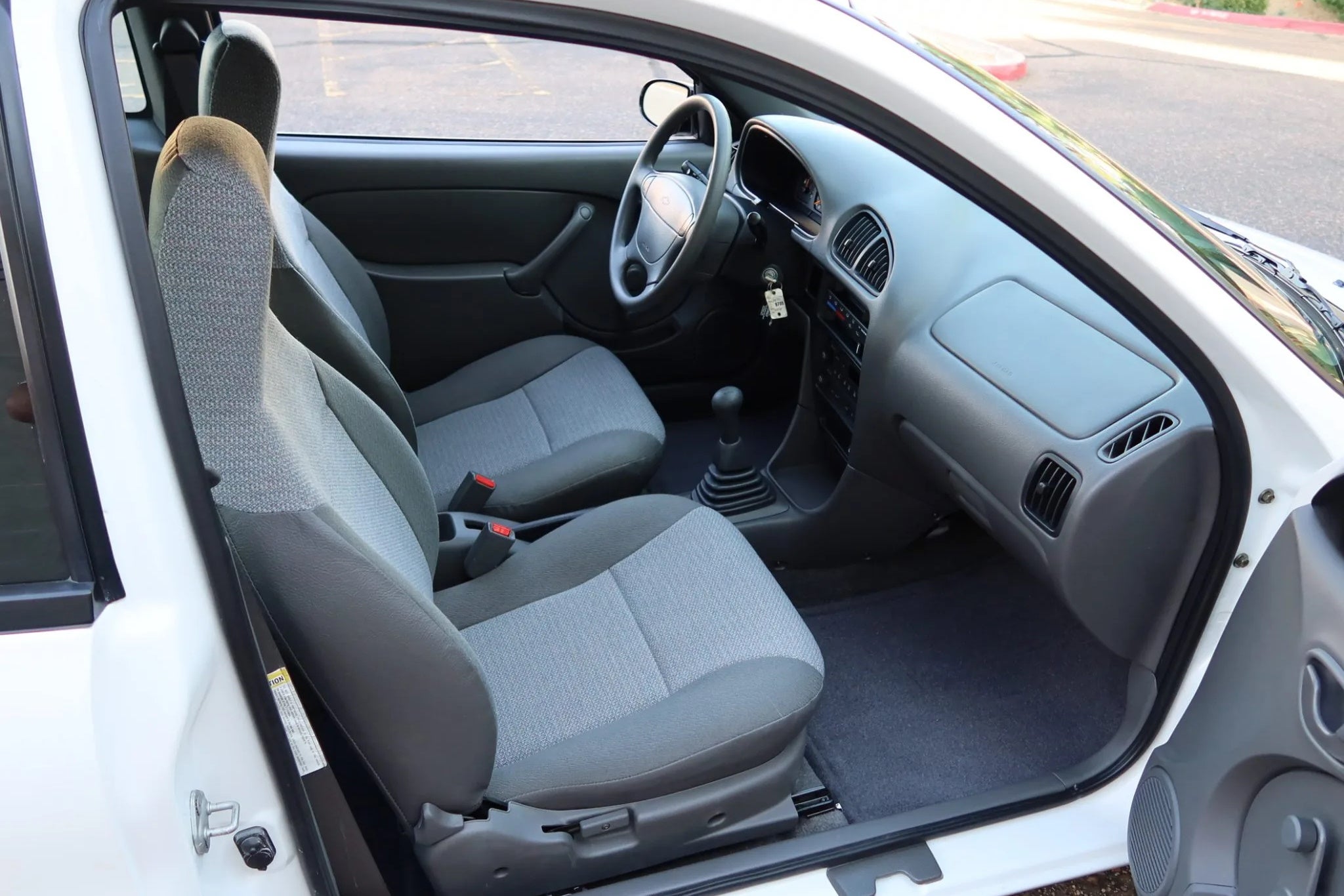 Check it out: There’s a cigarette lighter so you can charge your phone (or consume some acoustic nicotine), presets on the radio, a slider to adjust the temperature. What else do we really need, folks? It even has a temp gauge. Not that it will ever overheat, of course.

Equipment aside, something interesting is going to happen when this thing sells. As with any car auction, there are two possible scenarios: it will either sell for more or less than MSRP. If this car comes in under sticker, well, somebody just got a brand new Chevy Metro at a discount. Remember, it only has to slide by for under $17,745 for that to be the case. It’s currently sitting at $6,500 as of publishing.

If it sells for over MSRP, then somebody paid more than sticker for what is still a Chevy Metro. Is that person a sucker? I don’t know. I wouldn’t pay that much for one, but remember, I owned a Chevy Cobalt SS and Saturn Sky Redline at the same time.

Really, a low-mileage Metro like this is a novelty. It’s worth remembering that most classic cars were one just normal cars. They got bought and sold several times, people took them to work, and then they typically got destroyed somehow. This Metro is worth putting on a pedestal to remember it for what it was; a tiny piece of transportation history that would’ve otherwise been forgotten.