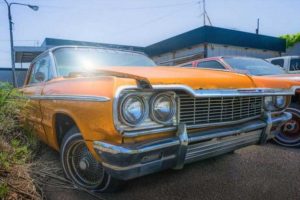 On March 11, 2011, the Fukushima Daiichi Nuclear Power Plant was hit with a 30-foot tsunami caused by a massive earthquake. More than 150,000 people living within a 13-mile radius of the power plant had to evacuate, according to CNN. Since 2016, certain areas have been deemed safe to return, but only a fraction of the original residents have come back.

In 2019, urban exploration photographer Janine Pendleton of Obsidian Urbex Photography went on a tour of Japan. She ended up in a Fukushima district that was still largely abandoned. During her exploration, she came across a car lot with overgrown grass filled with classic American cars.

Now, classic Yankee sleds overseas are nothing new. Many Japanese enthusiasts have a passion for American iron the same way many of us obsess over JDM cars. Donut Media recently did a video report explaining the muscle car and lowrider subculture in Japan’s automotive community. 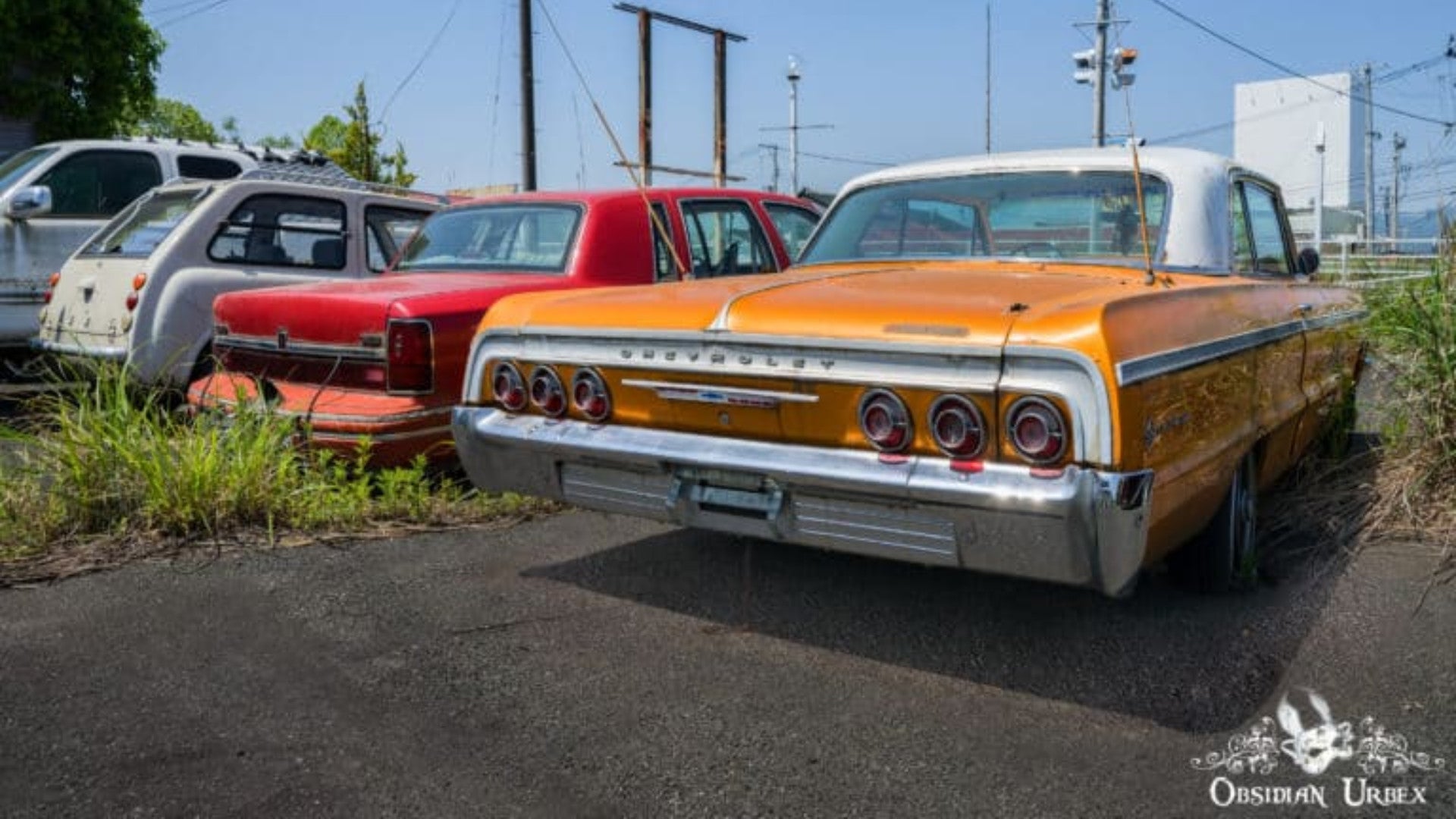 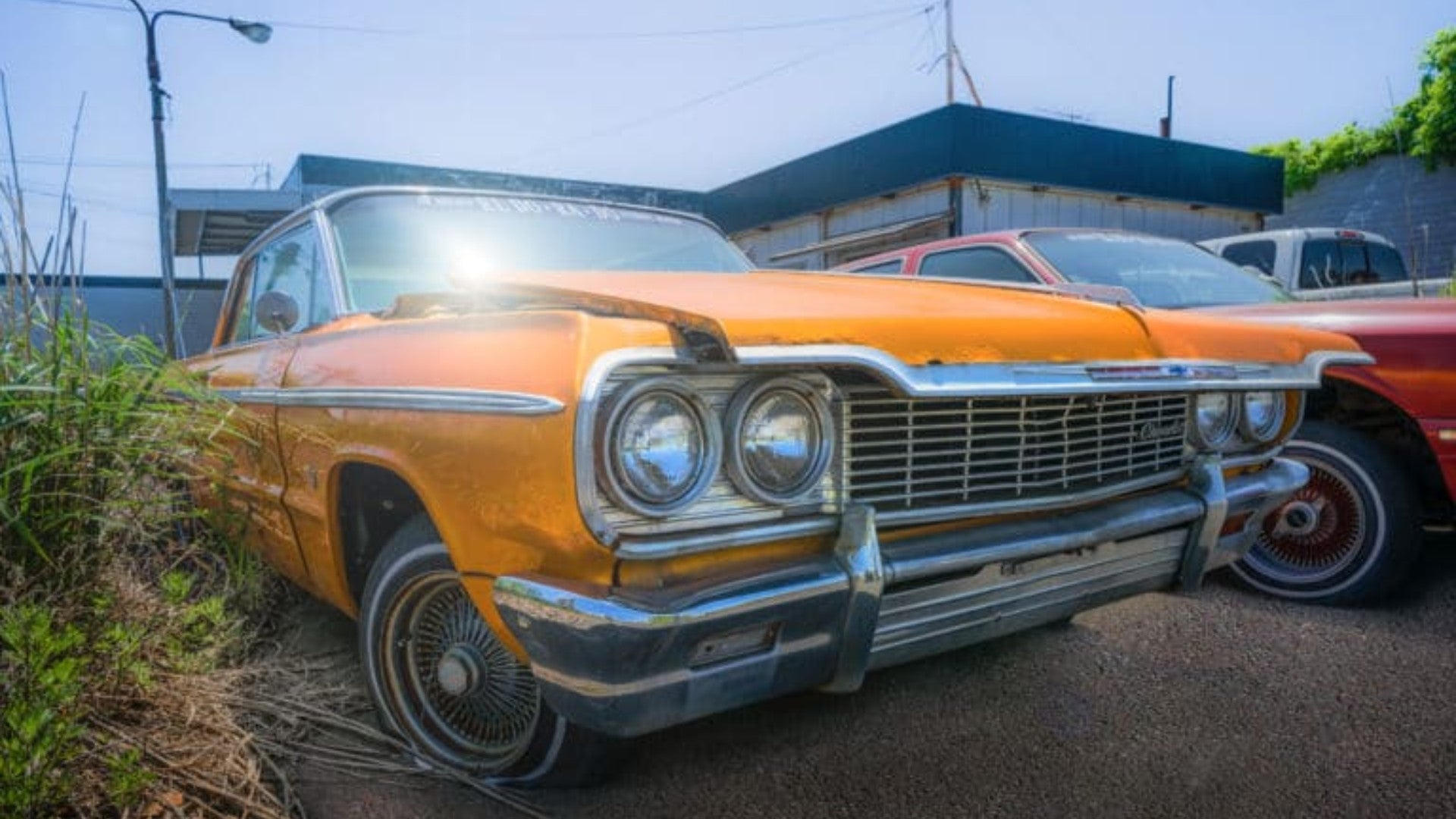 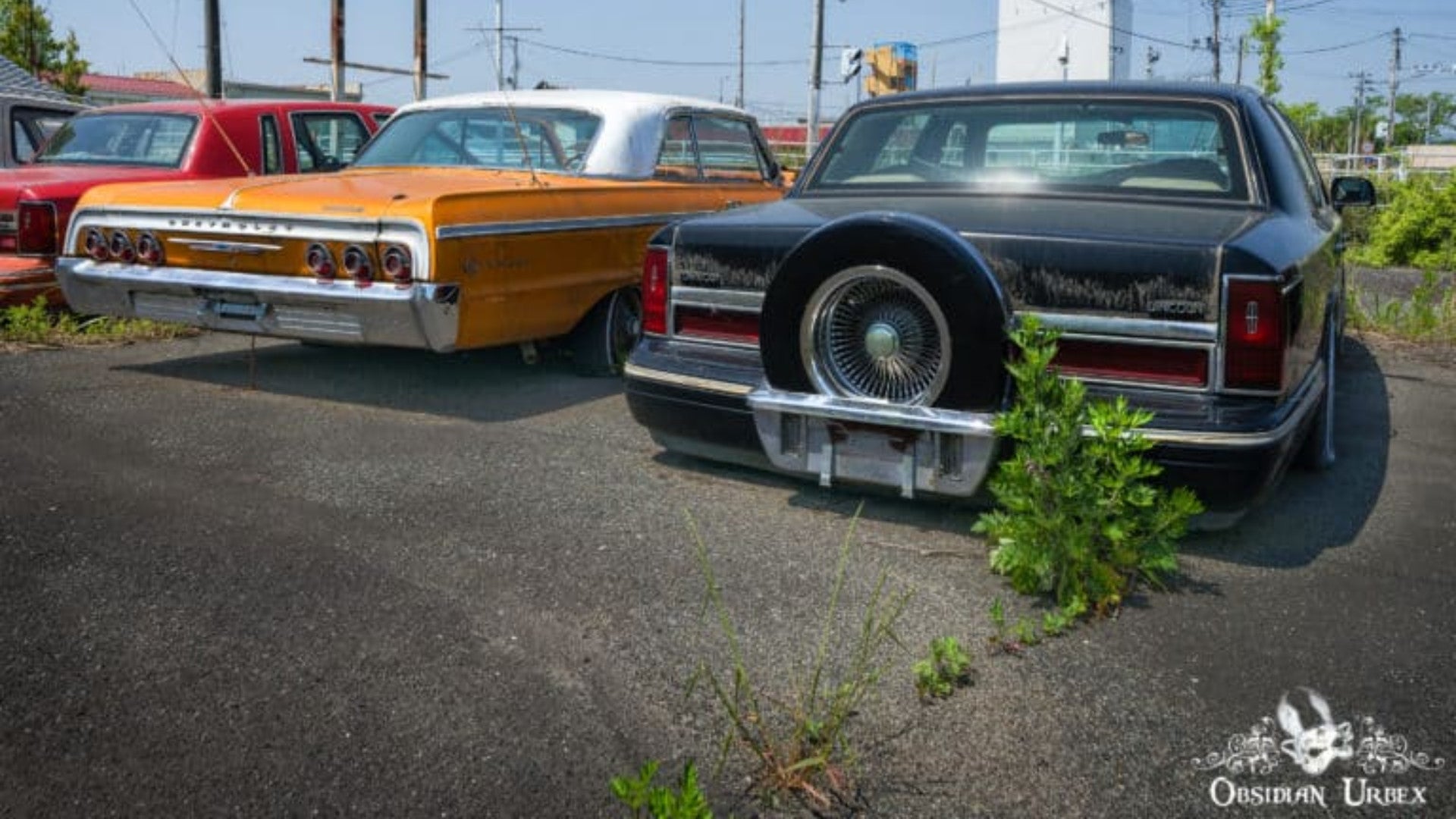 Overgrown grass cannot hide the sight of a white early ’70s Ford Montego sedan (when’s the last time you saw one of these in person?) sporting a set of American Racing wheels. Unique to us is black compact pick-up wearing a high-society front grille and carrying a custom camper. According to Pendleton, this is a Japanese hearse decorated to mimic a Buddhist template featuring a golden phoenix. Meanwhile, a Nissan Pao bashfully tries to hide its face behind some weeds, but fails to cover both round headlights. 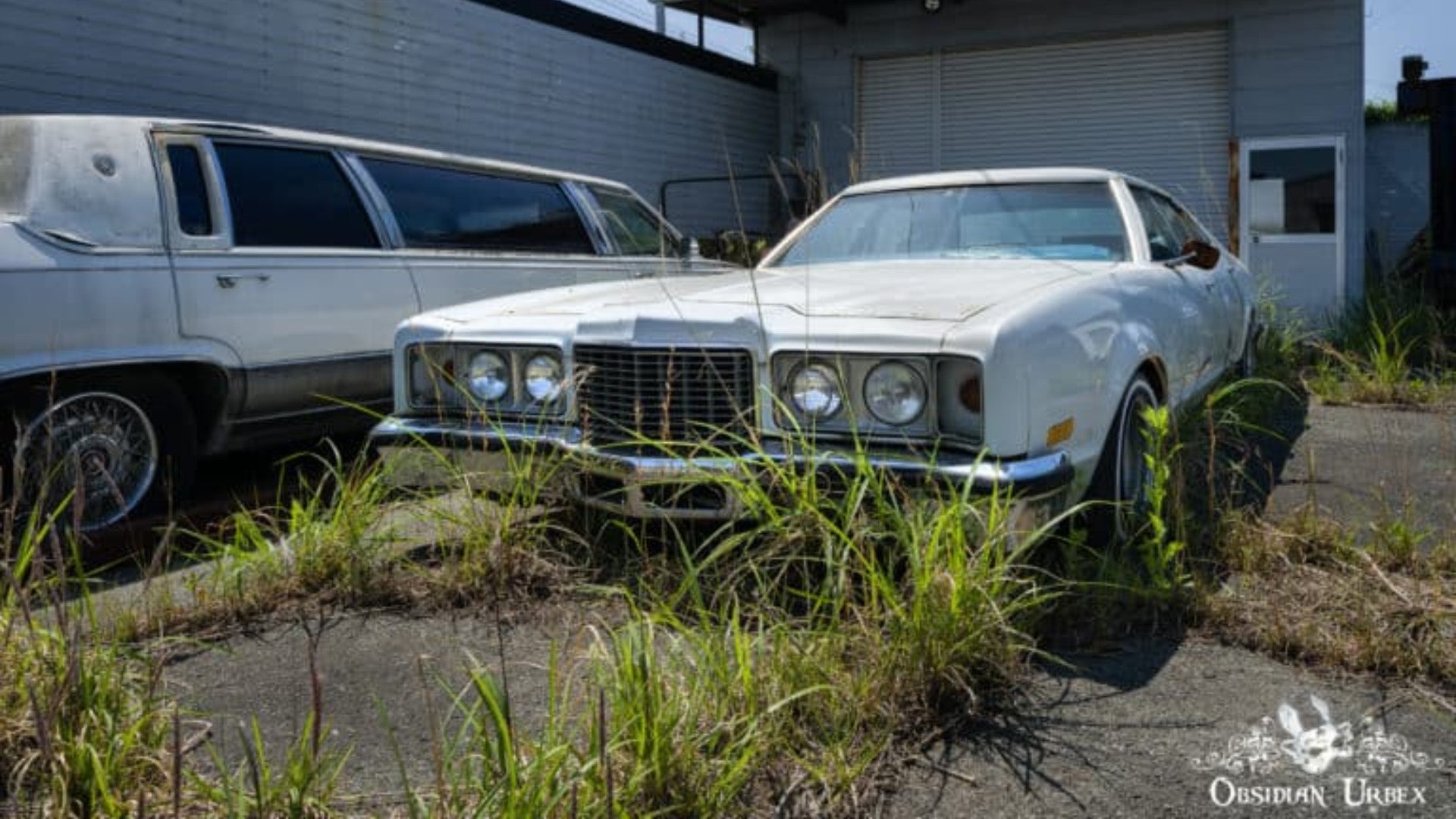 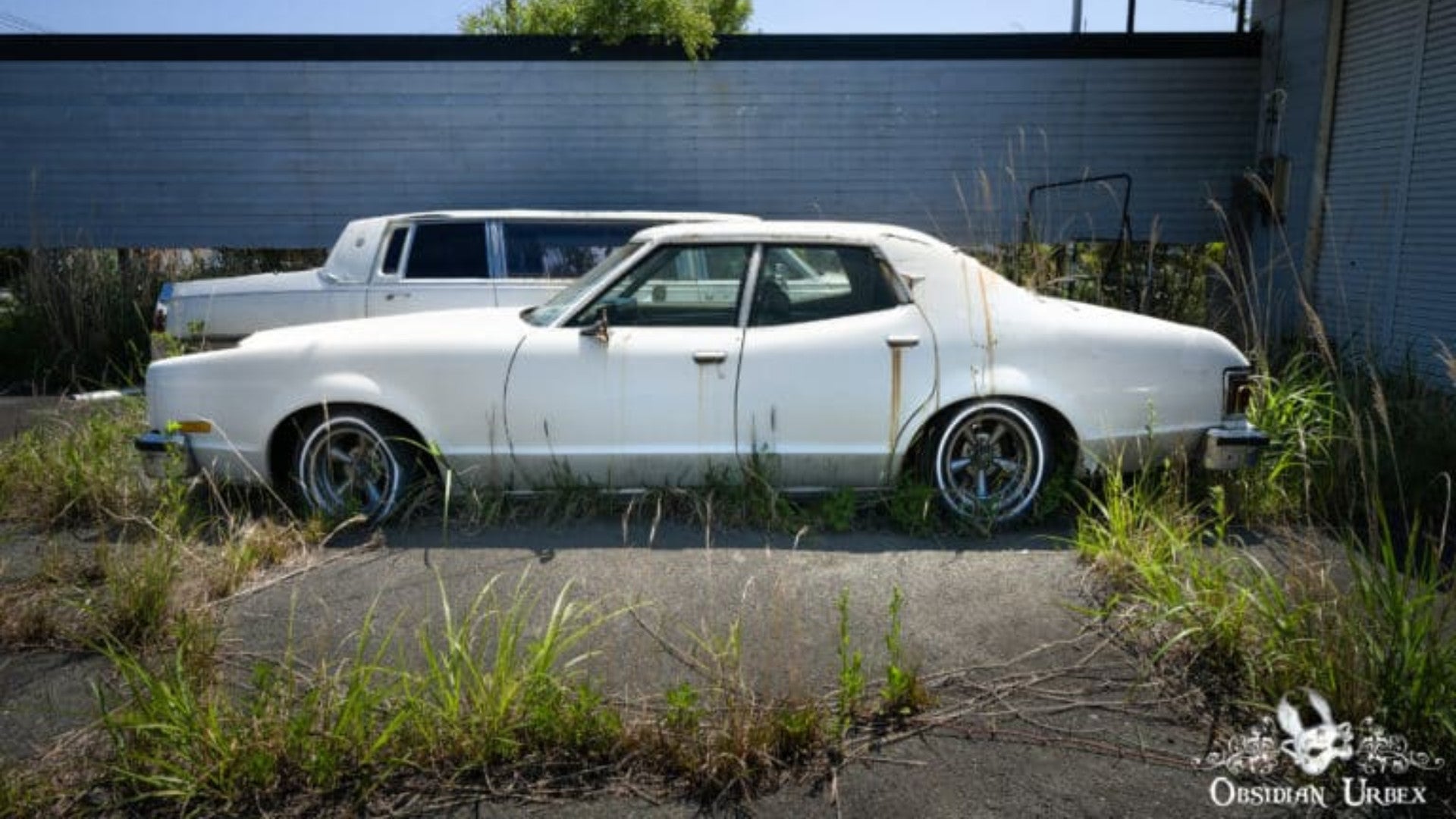 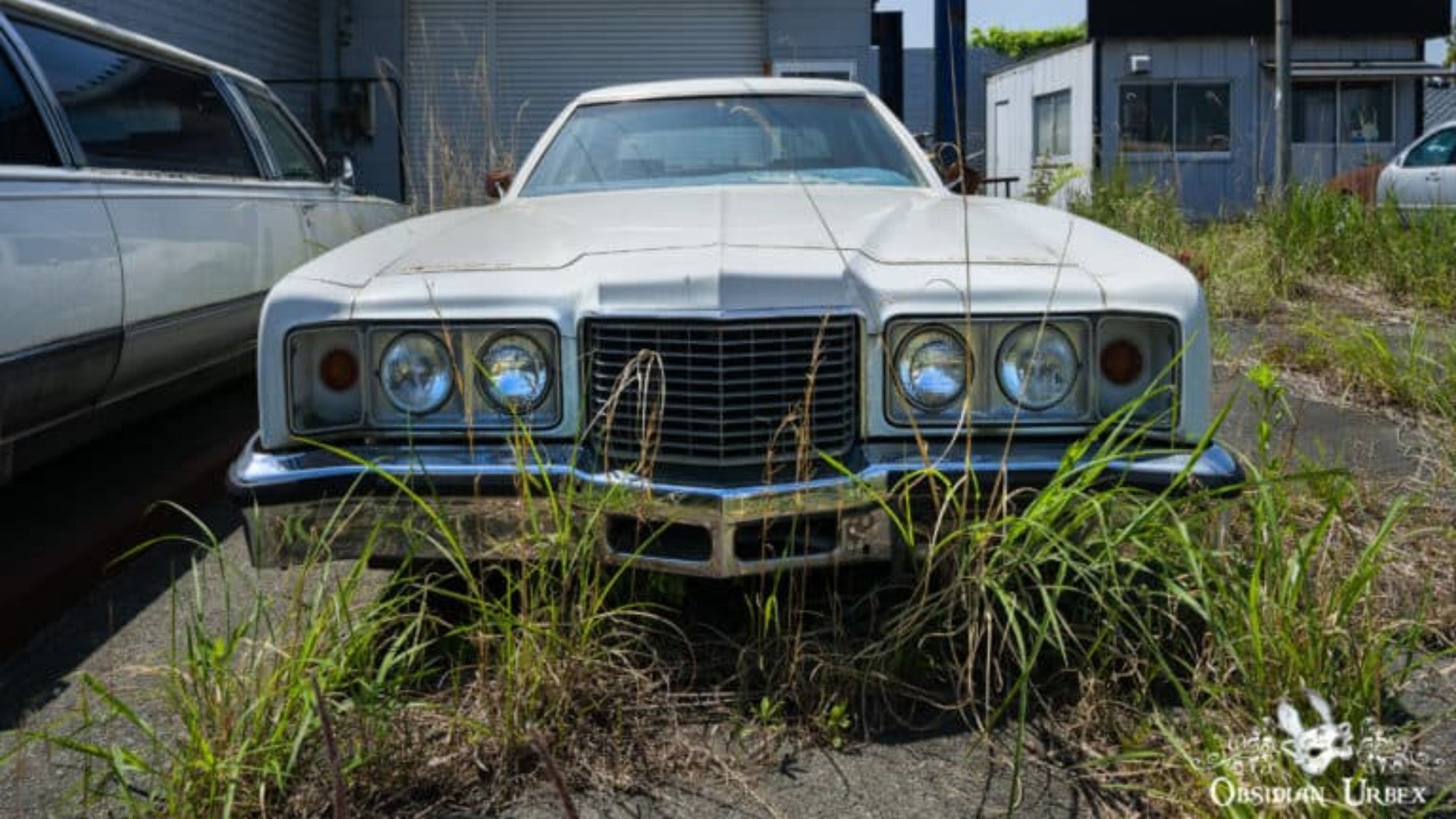 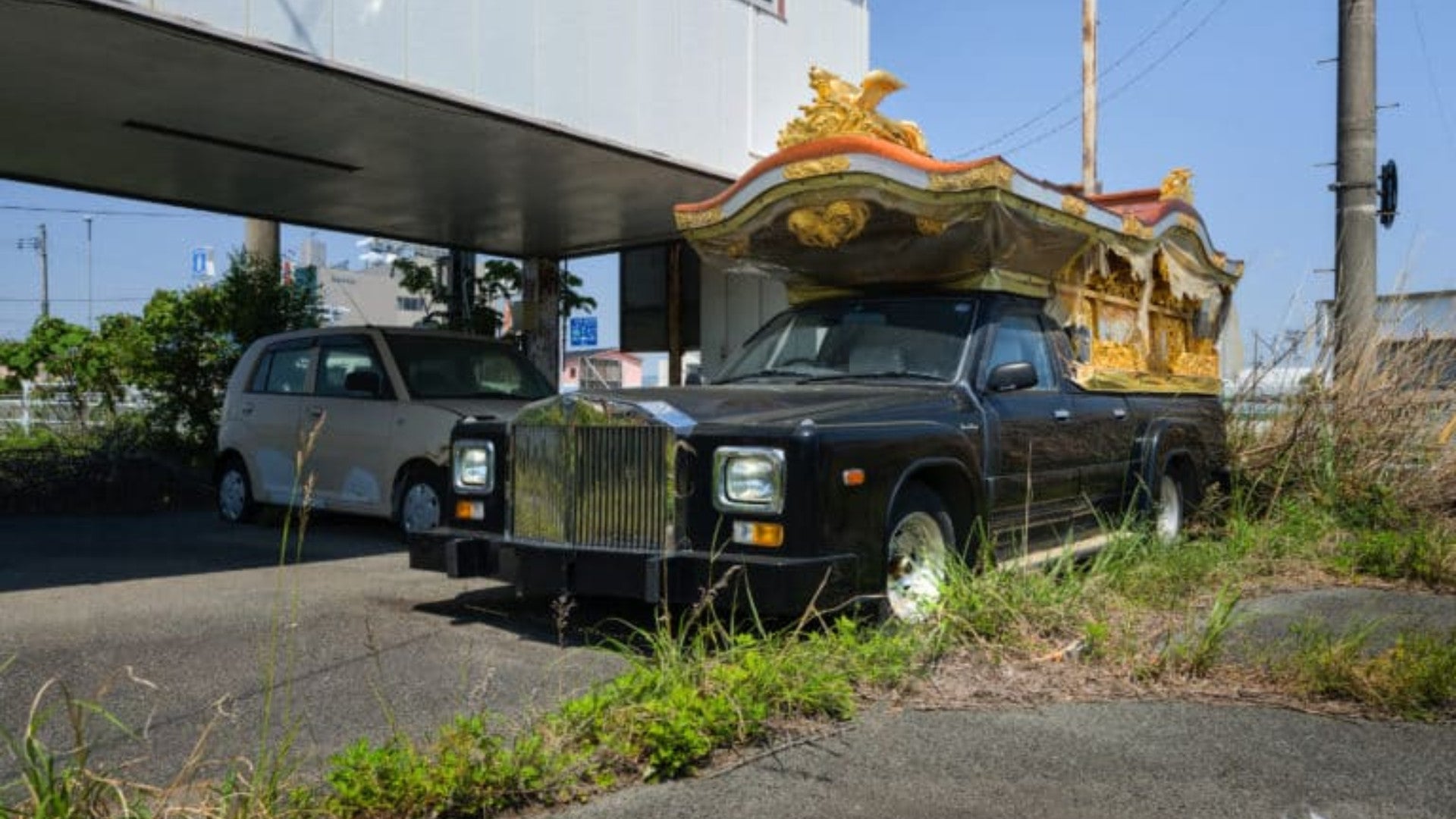 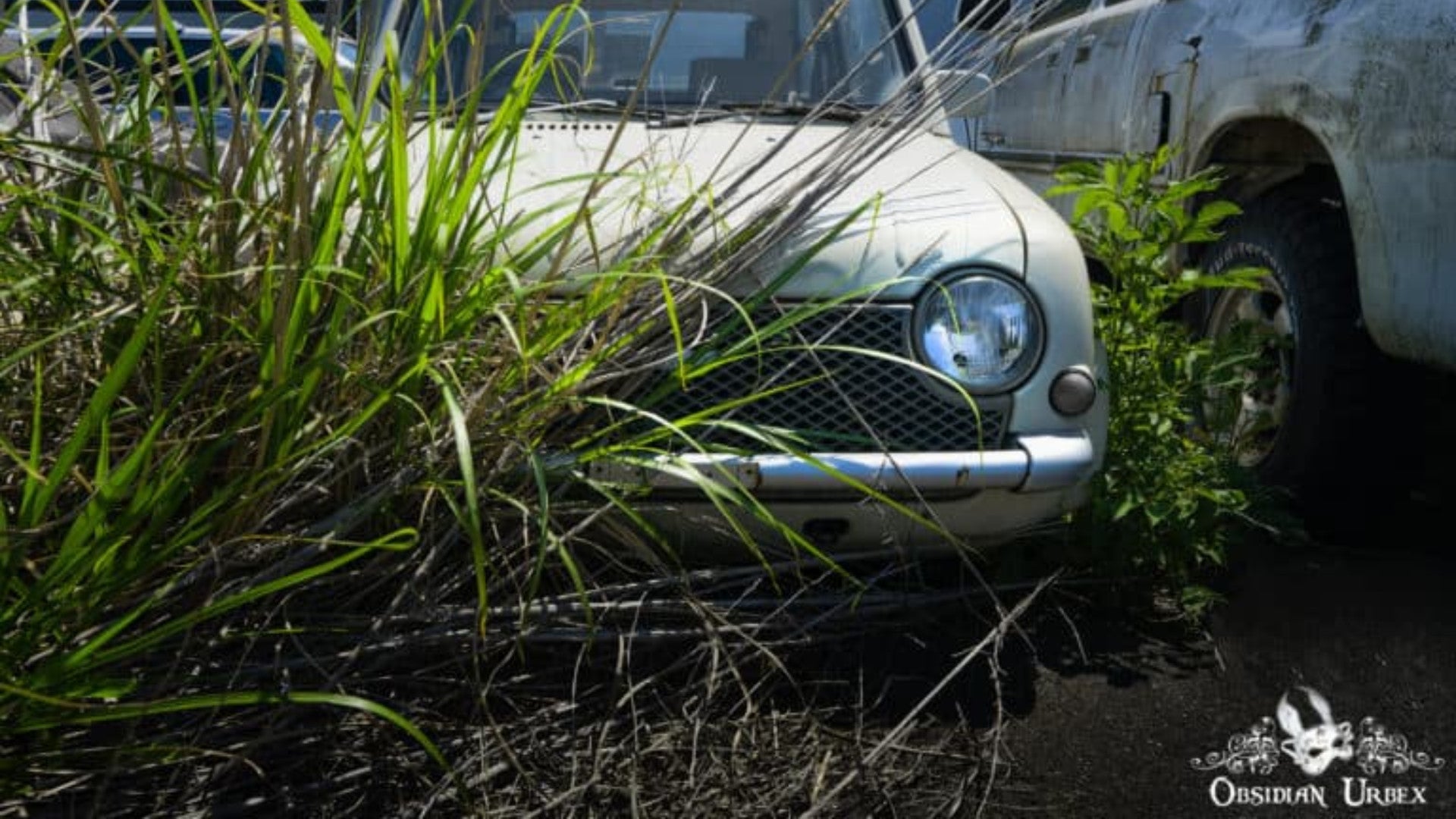 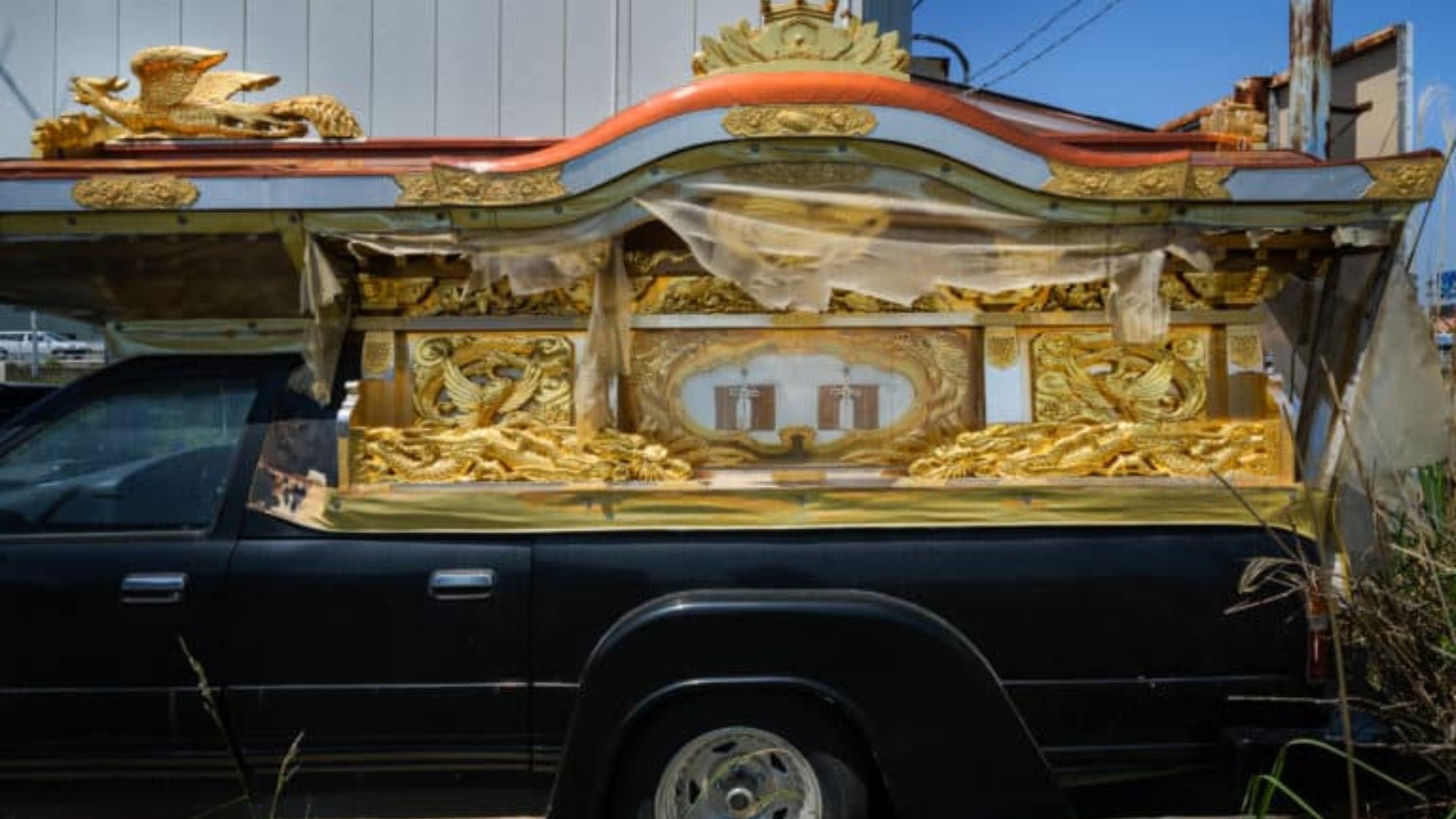 According to an article posted on Live Science in 2018, waters as far away as the U.S. and Canadian coastal regions are still contaminated from Fukushima’s nuclear accident. The good news is that the radiation levels are below the Environmental Protection Agency (EPA) federal standards. Ken Buesseler, a senior scientist at the Woods Hole Oceanographic Institution in Woods Hole, Massachusetts, was quoted in the Live Science article saying:

“The levels are so low, that swimming eight hours every day for a year would only increase a person’s annual dose of radiation to an amount that is 1,000 times less than a single dental X-ray.”

Seeing these classic cars in Fukushima reminded me that car people have a weird, but sincere, sympathy when they see abandoned automobiles. It doesn’t matter if it’s a classic Impala sinking in an overgrown field or a beaten down Corolla left on the shoulder of a busy interstate. It can pull on your heartstrings like a Sarah McLachlan song. With any luck, life will fully return to normal in that area someday, and maybe someone can give these examples of classic American iron the love they deserve.