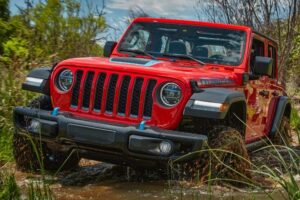 With global supply chains remaining frail into 2022, the automotive industry is still struggling to match the demand for new cars, inflating prices across the board. On average, new cars are listed for 9.9 percent above their MSRPs according to a study by iSeeCars, which analyzed 1.2 million listings across February and March to determine which car buyers have the biggest financial mountain to climb.

The research firm ranked vehicles not by the dollar amount of vehicle markups (which would favor higher-end vehicles), but by the percentage over MSRP a vehicle was marked up, for a more reliable indication of how far demand outstrips supply. Unsurprisingly, the Jeep Wrangler sits atop the list, its off-road capability and resale value justifying the premium to consumers. On average, they’re listed for 26.7 percent above MSRP, for an average markup of $8,925, pinning the average Wrangler MSRP surprisingly low. The four-door Wrangler Unlimited is way up there too, in fourth, with an average markup of 22.9 percent ($9,534) while the Gladiator ranks right behind, at 22.5 percent ($9,824). All of the top 15 can be seen in the chart below. 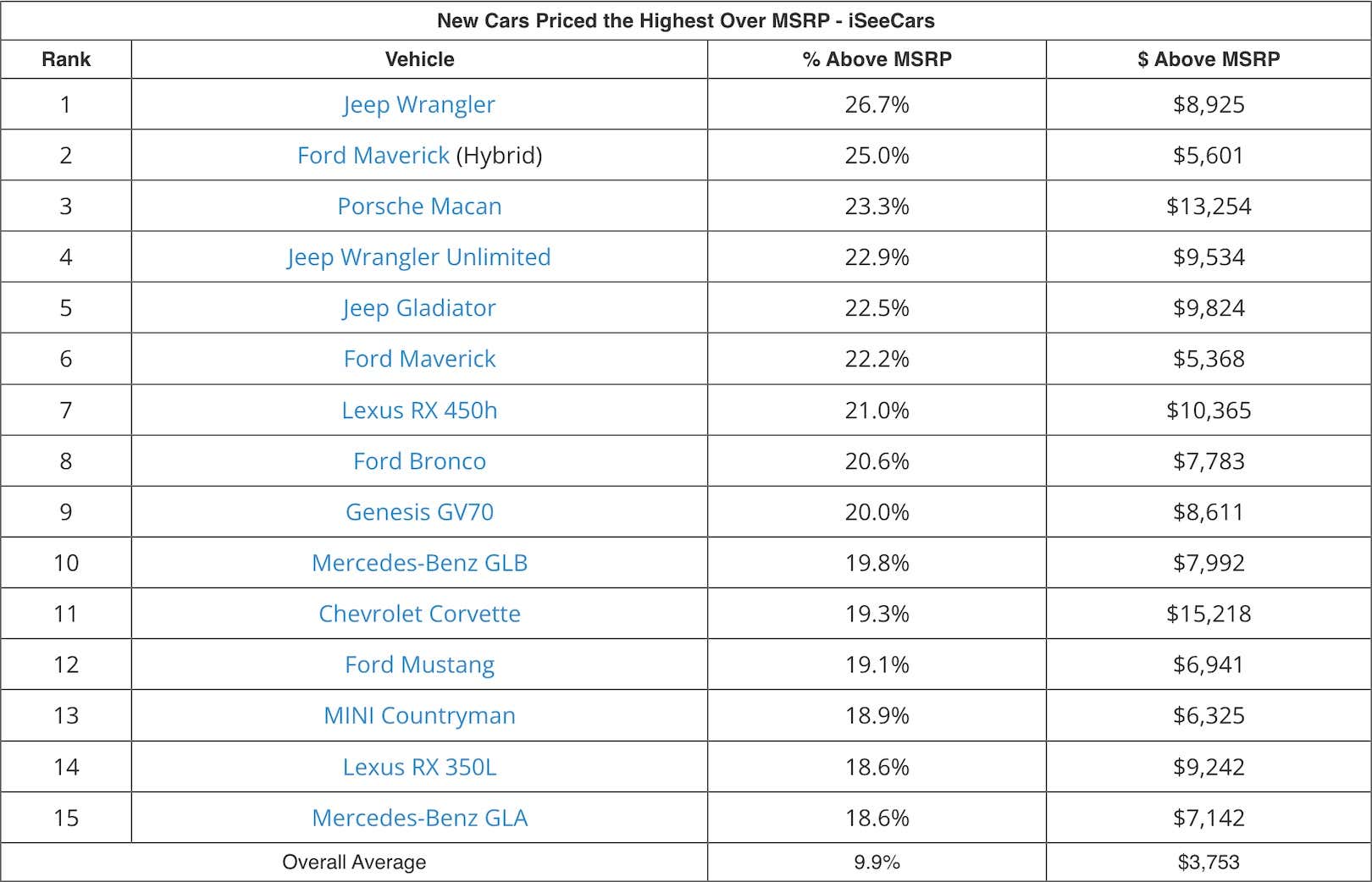 Jeep may take the top spot, but it’s actually Ford that’s the best-represented make, with four entries in the forms of the Bronco, Mustang, Maverick hybrid, and Maverick EcoBoost. The limited-availability Maverick was already in short supply before gas prices entered the great beyond, and the knowledge that all-wheel-drive models can sometimes match the hybrid’s fuel economy will only further increase demand.

As far as body styles go, crossovers make up the largest proportion, accounting for seven of the 15 most marked-up vehicles. They encompass two trims of the Lexus RS, two lower-end Mercedes-Benzes, the Porsche Macan, Genesis GV70, and strangely, the Mini Countryman—an expensive and uncomfortable little car that proves Mini customers will buy literally anything. And at any price too, it would seem. 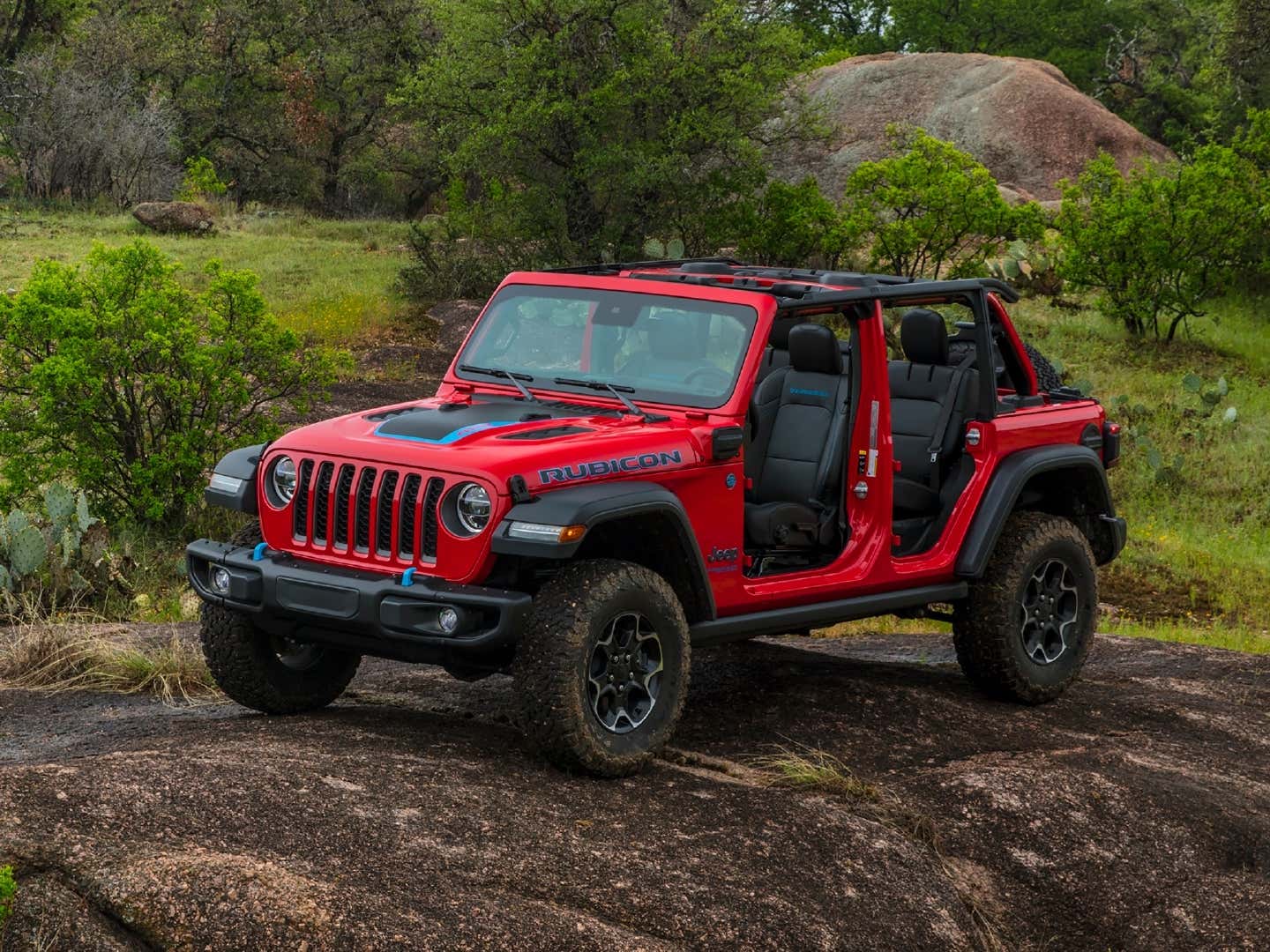 Unfortunately, iSeeCars didn’t publish data for the opposite end of the market, likely because there are so few discounts out there that data would be inconclusive or meaningless. That also goes for the used market, as one of the firm’s previous studies indicated. As they have been for many months now, car prices just aren’t trending back toward any resembling normality, but the opposite, and it may remain to be seen what extremes they will reach.