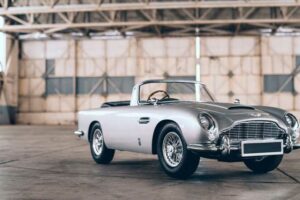 The Aston Martin DB5 has become one of the most famous movie cars of all time through its appearances in the Bond filmography. Laying your hands on a car from the films will set you back many millions, as you might expect. If that’s out of your reach, fear not—you can always try and score a smaller version for the kids. The Little Car Company, in partnership with EON Productions, is building a series of 2/3-scale Aston Martin DB5s to celebrate the launch of the new 007 film No Time To Die. Oh, and did we mention they come with working gadgets?

The new project leads on from previous work by the Little Car Company, who have built child-sized DB5s before. Powered by a 16kW electric motor, the No Time To Die edition of the DB5 Junior is capable of a top speed of 45mph and up to 80 miles of range. Thankfully, a range of drive modes are available to limit performance so your child doesn’t need 007 driving skills from day one. The real magic, however, is in the special features that make this a proper Bond car. 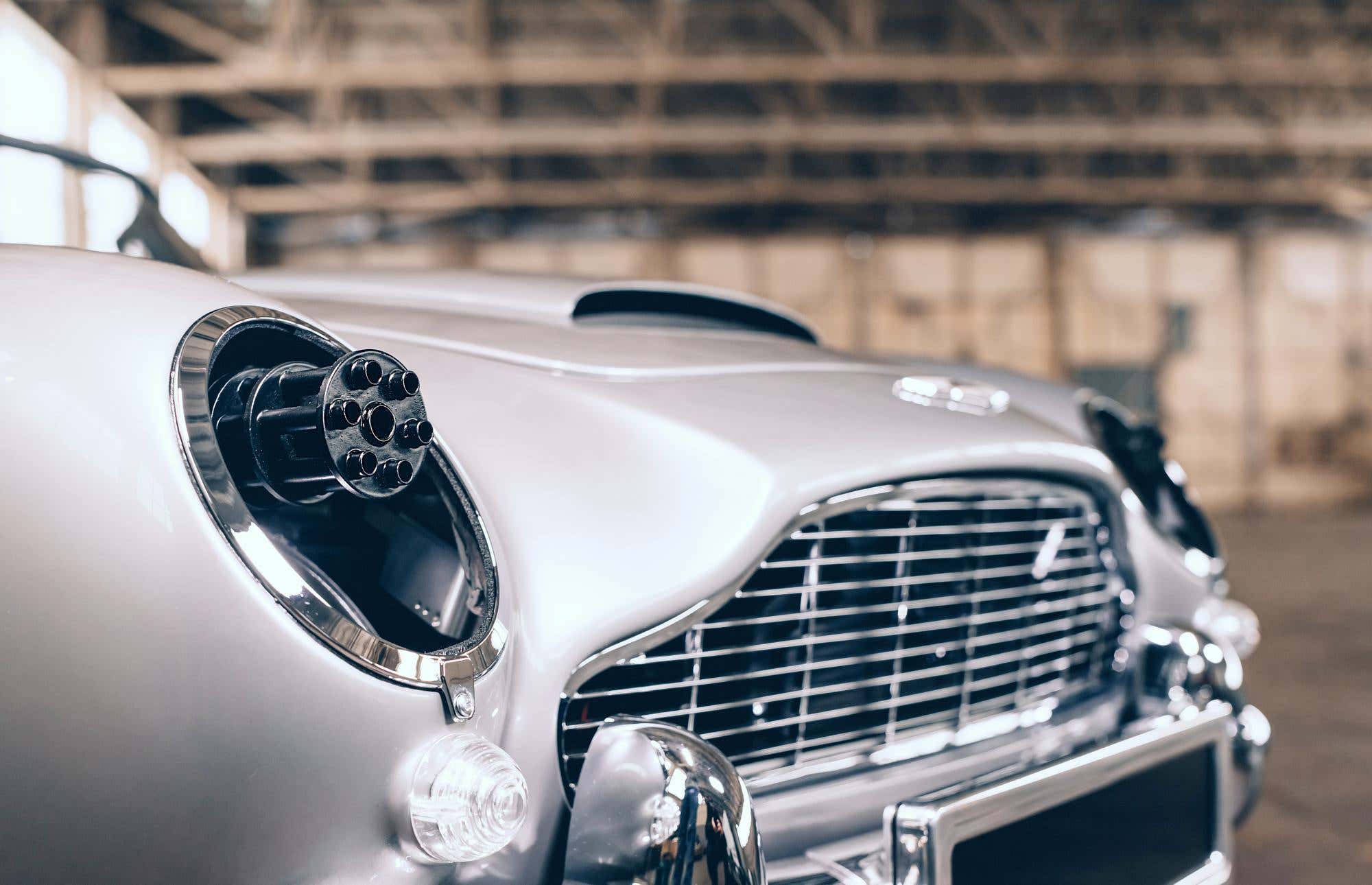 The working headlights actually fold out of the way to reveal Gatling cannons, aping the functionality of the movie car.

All the gadgets are controlled from a secret switch panel hidden in the passenger door trim. Onboard, there’s a smoke system, capable of creating an obscuring cloud behind the vehicle to help your child flee real or imagined enemies. Admittedly, the system creates a somewhat limited cloud which could just as easily simulate the smoggy output of a poorly-tuned mid-century British engine, but it’s a nice touch nonetheless.

There’s also the famous switchable numberplates, updated for the modern world with a LCD screen instead of the classic revolving assembly seen in earlier films. These probably won’t fool the local constabulary, but can be customized by the clients as part of the ordering process. The headlights can also be retracted to reveal a pair of Gatling cannons that can be ‘fired’ at the press of a button. As it’s a car built for children, the guns don’t actually fire projectiles, but make do with noise and flashing lights instead.

Excitingly, there’s also a skid mode intended to allow the driver to replicate the donuts seen in the No Time To Die trailer. Everyone loves a bit of circle work, so we expect this feature to be very popular with the lucky kids that get behind the wheel. 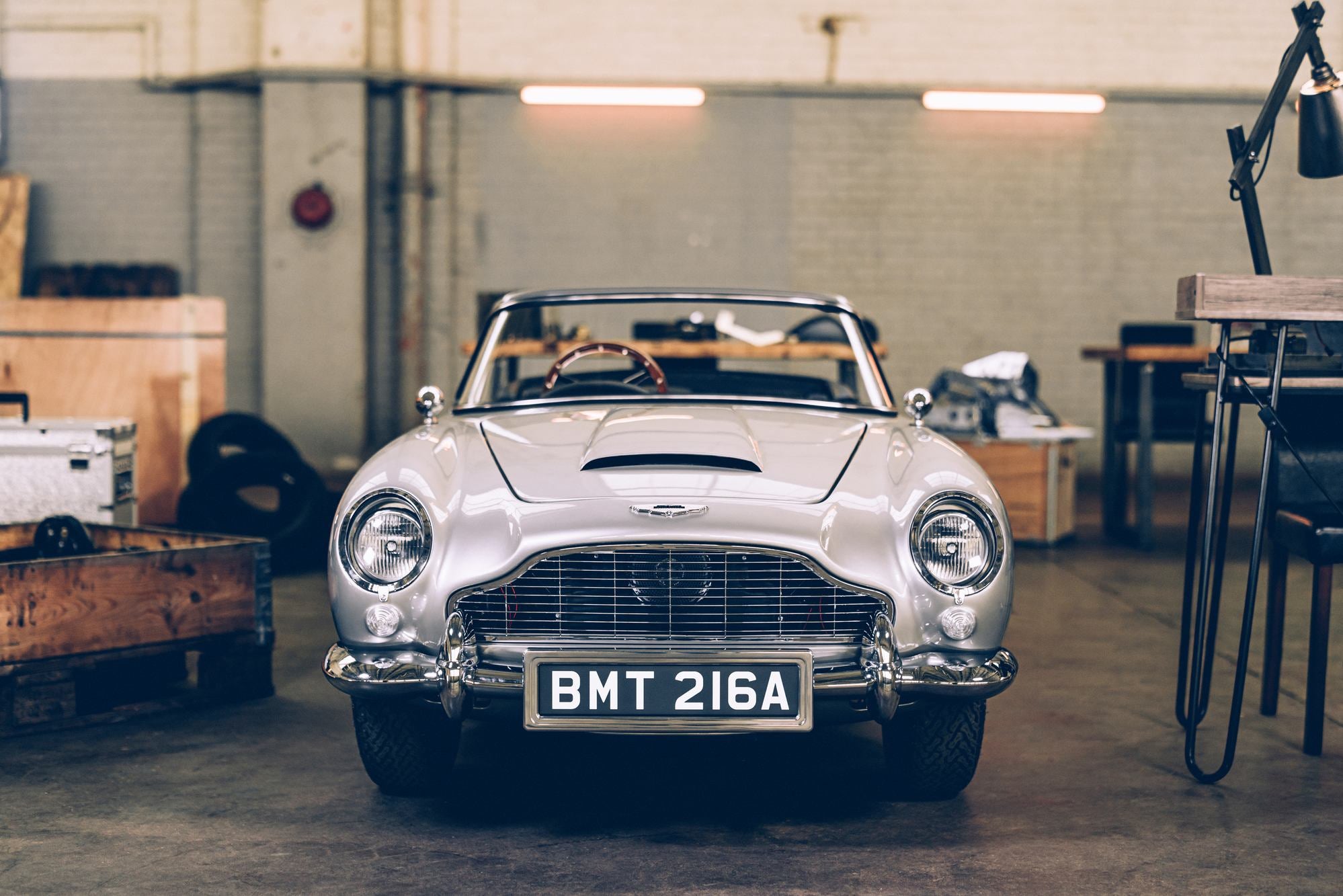 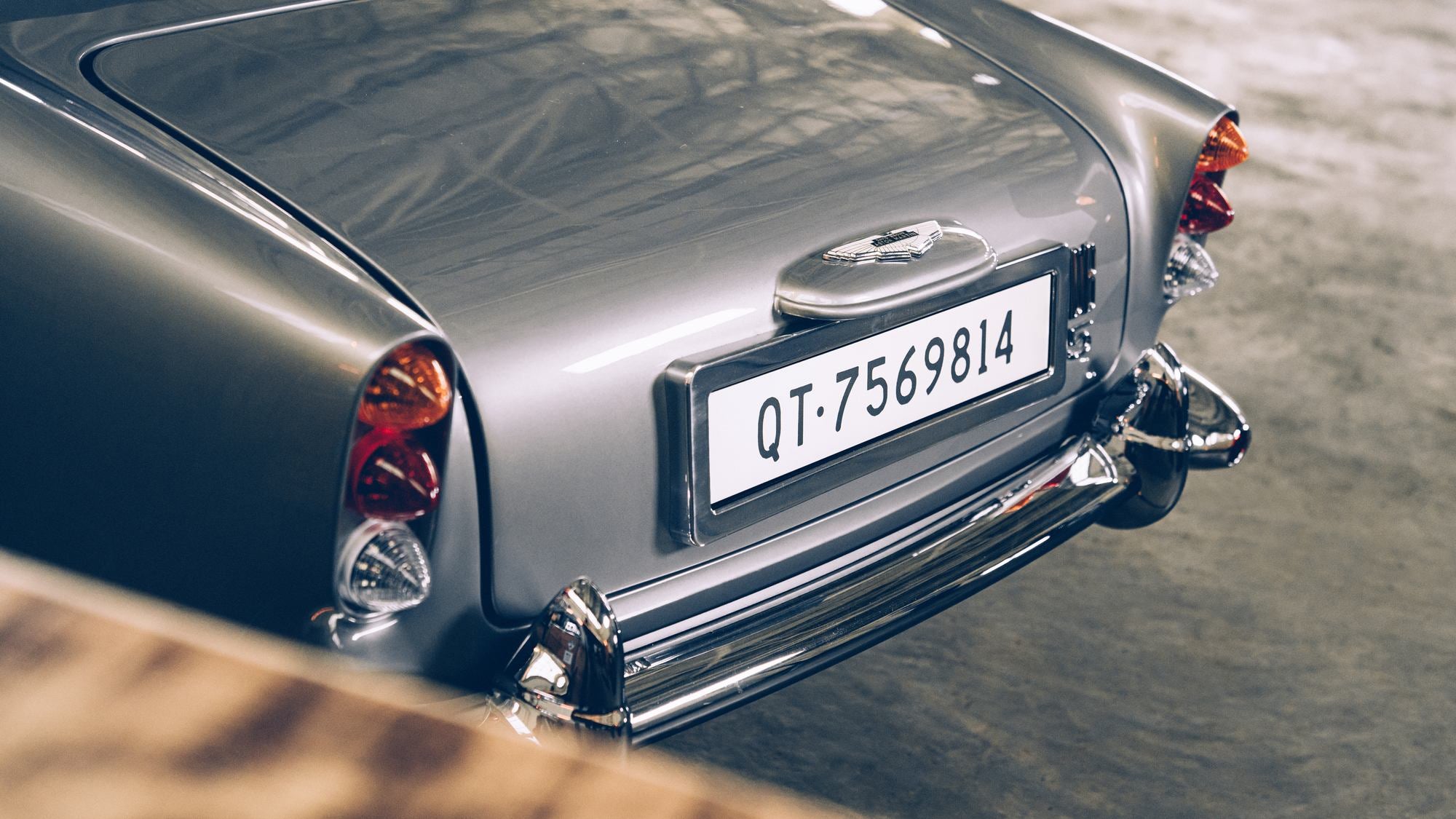 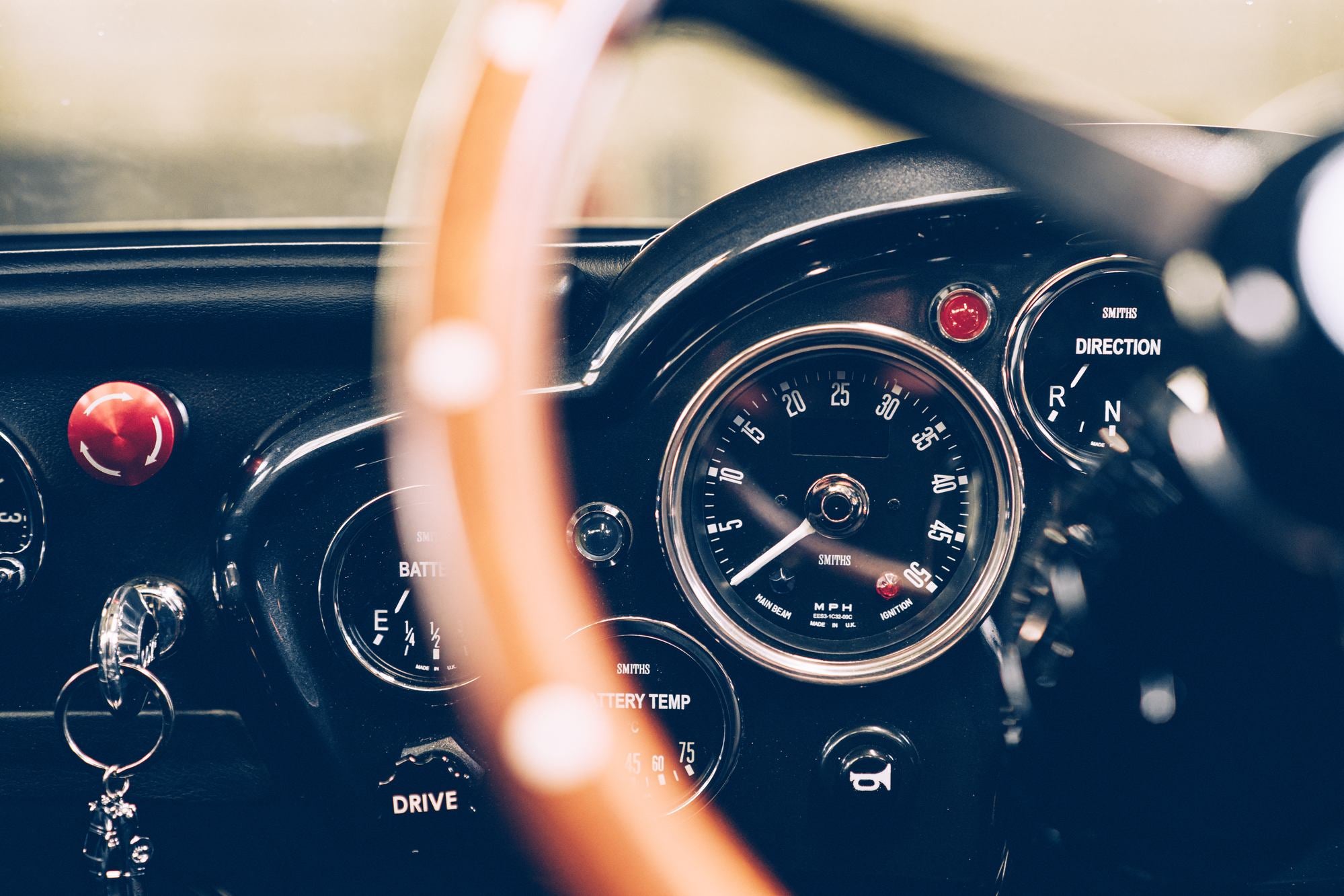 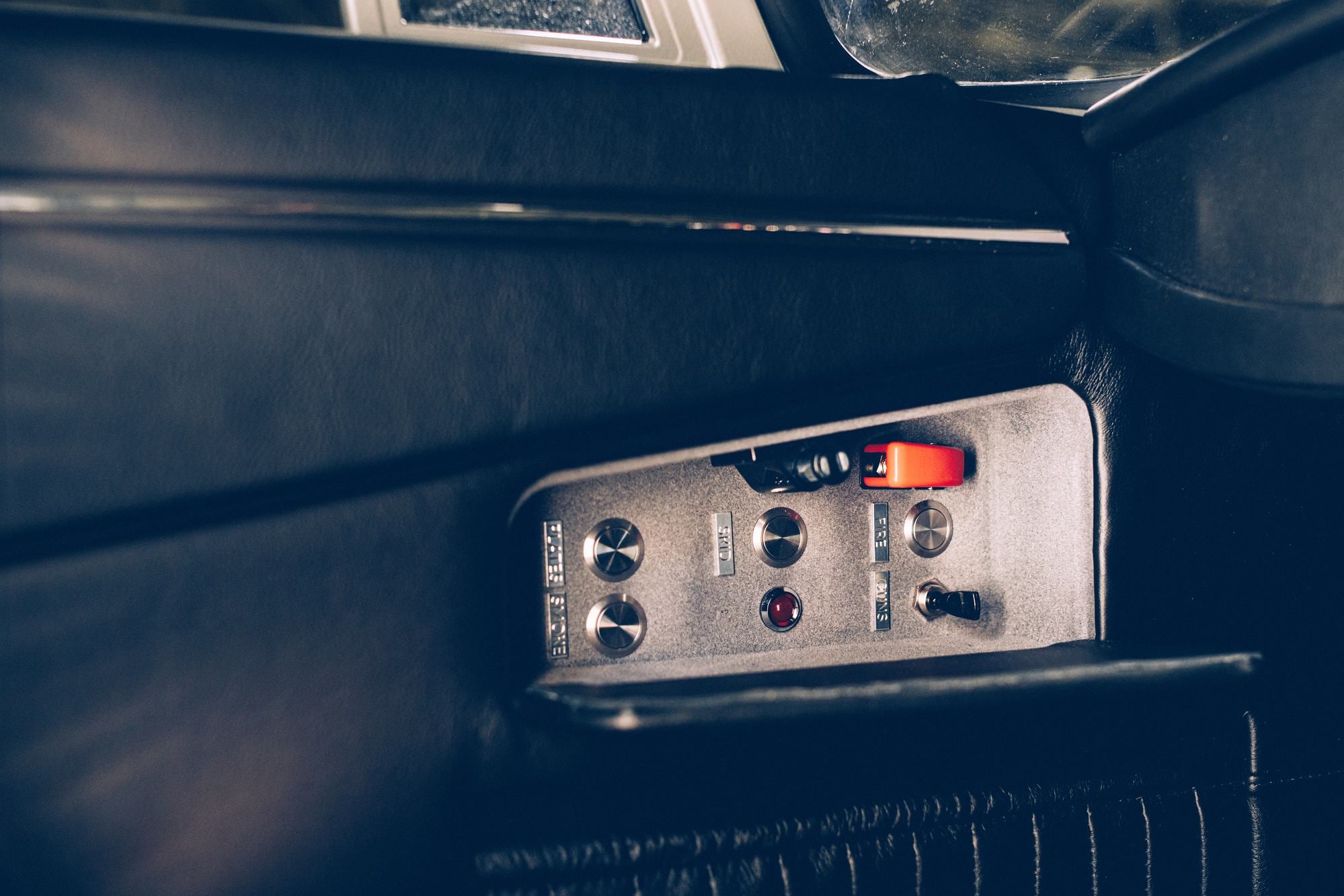 The Little Car Company doesn’t mess around when it comes to quality, either. The vehicles come complete with real Brembo disc brakes, Bilstein coilovers, and Smiths instruments on the dash. The DB5 Junior is also apparently considered “an authentic Aston Martin model” and owners are granted automatic membership of the Aston Martin Owners Club.

Prices start at £90,000, so tell your aspiring 007s to start saving their Christmas and birthday money if they want to secure one of their very own. Existing clients waiting for the company’s earlier DB5 Junior models will be given the first opportunity to upgrade to the No Time To Die model, with remaining build slots to be allocated to interested parties after that. 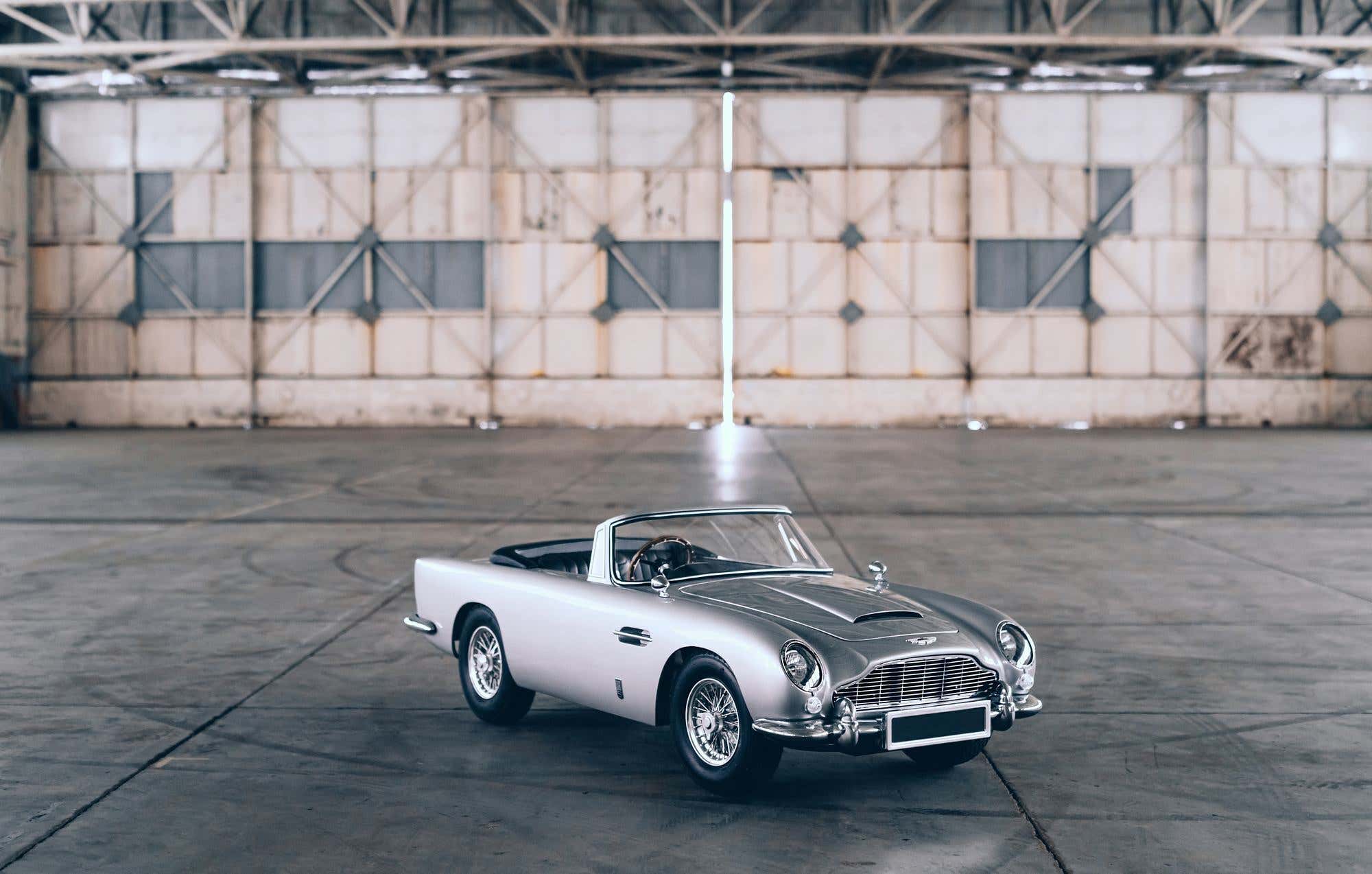 The Little Car Company really does seem to know how to build a desirable tiny car. Their Testa Rossa J is another fine example of the craft. All we’re hoping for now is for one of these microcars to turn up on our own street so we can have a go for ourselves.