Home » Auto News » The Top 10 Most Obscure New Car Options, as Decided By You

The Top 10 Most Obscure New Car Options, as Decided By You 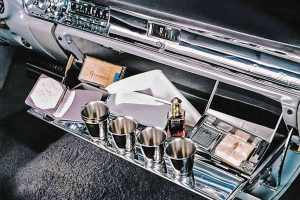 Options have always been one of a car company’s best moneymakers. But while branded door sills and other personalization touches rake in big bucks for the likes of Porsche, not all options pay their rent and stick around. Even among enthusiasts, automotive history gets written in broad strokes—stuff like weird, failed, single-year option packages tend to fade into obscurity, remembered only by a few diehards.

But that’s the beauty of the hive mind. We recently put out a call for you fine readers to send in your favorite extremely obscure new car options that automakers have offered over the years, and some of the stuff you all dug up was so great that we needed to share. I mean, just get a load of these.

Laws against driving while intoxicated were enacted as far back as 1910, but that didn’t stop Cadillac from including a magnetic minibar with six steel shot glasses in the 1957 Eldorado Brougham’s glove box. Unsurprisingly, this option didn’t last, probably because functional alcoholics of the proto-Mad Men era preferred the stealth of a flask. 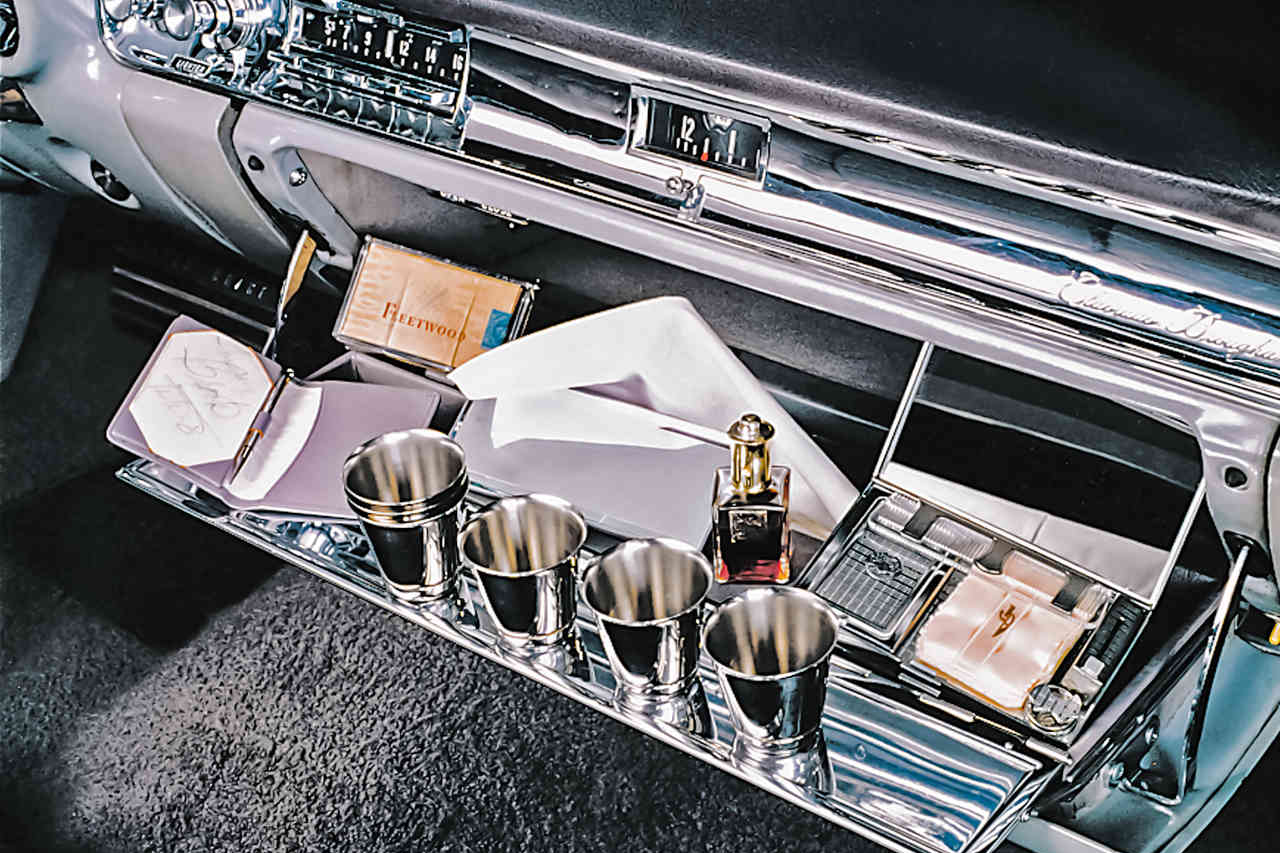 Sticking with the drink theme, the 2013 Fiat 500L was available in some markets with a “Coffee Experience” package. It included a cupholder-mounted Lavazza espresso machine, two cups, spoons, and sugar for your mobile joe. It doesn’t appear to have been available in the United States, and at $300, it might not have sold particularly well either—not with our affinity for the almighty drive-thru.

Breaker breaker, the younger among us might not know that a lot of cars were offered with factory CB radios in the 1970s. One of these vehicles was the Chevrolet Corvette which, between 1977 and 1981, was also offered with a little-known ZN1 towing package. For about $355 in today’s dollars, GM would fit your C3 with “Gymkhana Suspension,” a high-amperage alternator, an upgraded radiator, and a Draw-Tite tow hitch rated for 2,000 pounds of gross weight. Per Corvsport, Chevrolet managed to sell just 3,964 ZN1 packages across five years before the option was discontinued in 1982. 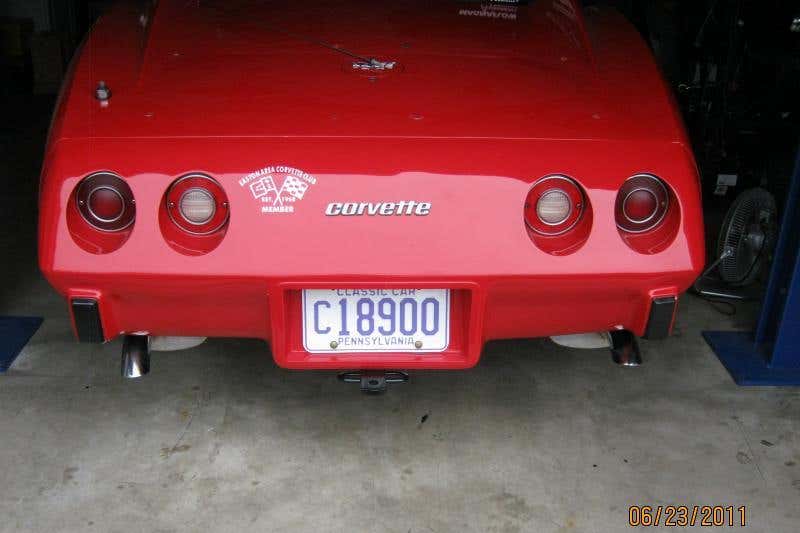 Though distinctly on the light-duty end of the utility vehicle spectrum, the first-gen Honda CR-V nonetheless featured thoughtful touches, like a standard folding picnic table in the floor of the cargo area, which also served as a lid to a built-in cooler. Even more interesting and obscure, however, was the optional shower, which added a water reservoir, a 12-volt pump, and a shower head for quick rinses of muddy items, be it your boots or your Shepherd. There was no heating element or shower curtain, however, so using it to hose oneself off is less than advisable.

Postwar America’s convenience craze led to many kooky inventions, notably GM’s “Flame Out.” This system used engine vacuum to pull ashes and cigarette butts from the ashtray to a hidden glass or metal jar, which could be emptied at one’s leisure. The only problem? It cost $12.75, and flicking a cigarette out the window was free. 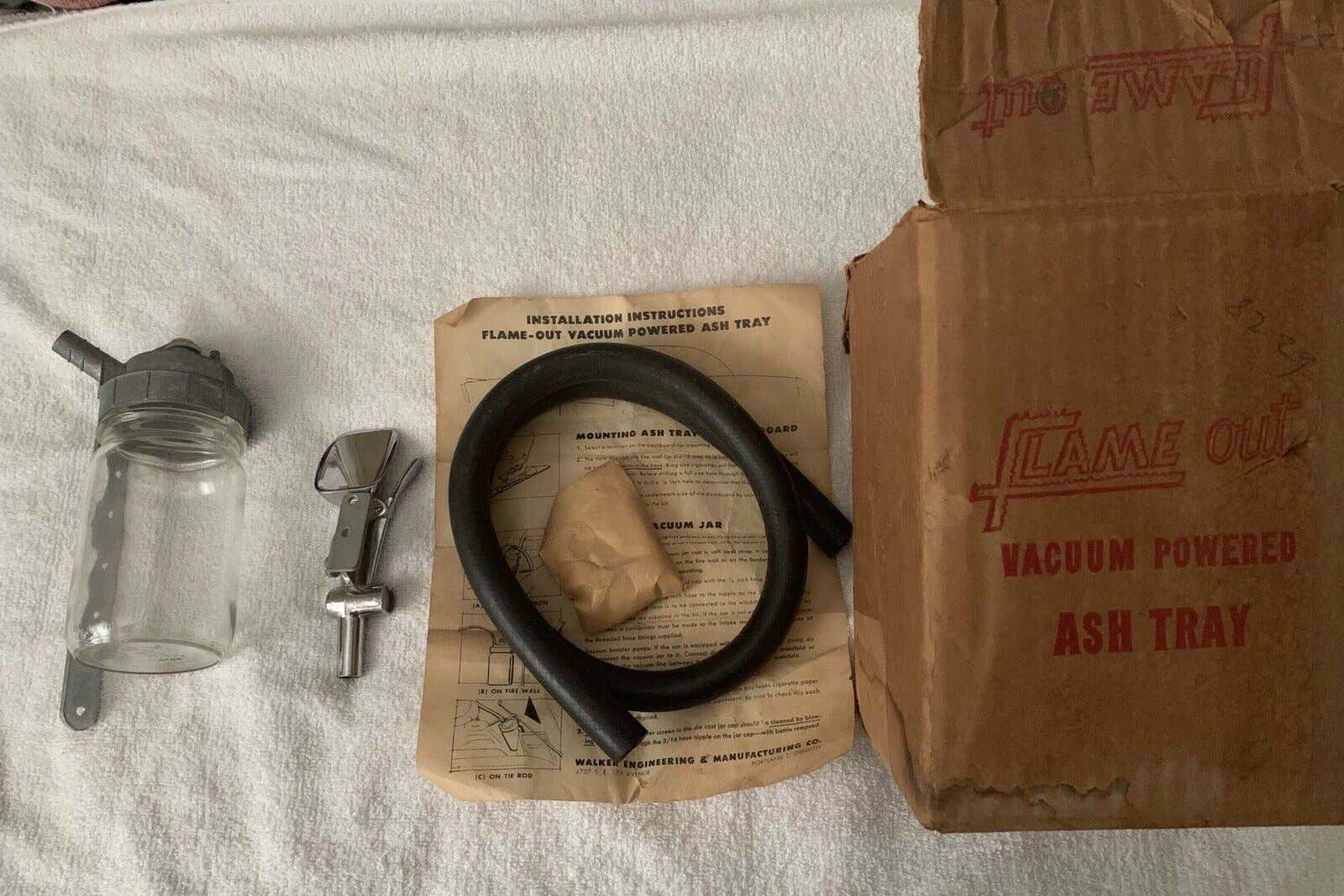 The Pink Floyd Edition Golf wasn’t the only time VW leaned on music to help sell cars. For the last three months of 2006, VW ran a promotion wherein buyers of certain models got branded guitars to match their cars. The included First Act GarageMaster featured a color-matched pick guard, the car’s VIN on the back of the headstock, a seatbelt-style strap, VW logos, and could be strummed with a branded pick. Fittingly, it also came with a cord to plug into your car’s 3.5-millimeter aux jack so it could be played through the speakers. And according to a period Motortrend review, it wasn’t as shoddy an instrument as First Act’s reputation would lead one to believe.

Before being obsoleted by even the most basic cell phones, car phones were the rage in executive cars, and even trickled down to some premium models before they disappear from cars altogether. Some of these premium models were upscale Chrysler products like the 1990-ish Dodge Dynasty, which could be ordered with a mobile phone embedded in the sun visor. Today, changes to cell network infrastructure mean none of these rare, dealer-installed options actually work, but show up to the next in-person RADwood with a Chrysler VisorPhone and you’ll steal the show. 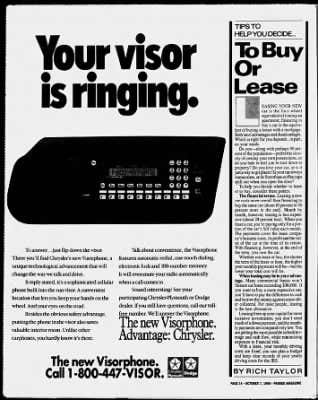 A car phone for one’s mobile office makes sense, as does a laptop table. But a fax machine? Not so much. Someone should have told Holden who, according to Drive.com.au, stuffed one in the 1988 Holden Commodore Calais SV88 as a $3,300 option. I haven’t been able to find any pictures of it, but it definitely existed. You’ll have to imagine it for now.

The AMC Gremlin Levi’s Edition is a modestly well-known oddity in some circles of the car-o-sphere, but it wasn’t the only vehicle in the AMC stable to get that copper-riveted denim interior. The Jeep CJ-5 could be had in Levi’s trim too, complete with Levi’s logos and that gaudy blue upholstery. As a bonus, its folding soft top was also constructed of material that was at least denim-like—documentation of its makeup is poor. Real denim wouldn’t insulate well against weather, so it may have been a laminated denim instead, but it was a gaudy blue regardless, and people seemed to like that in the ’70s. 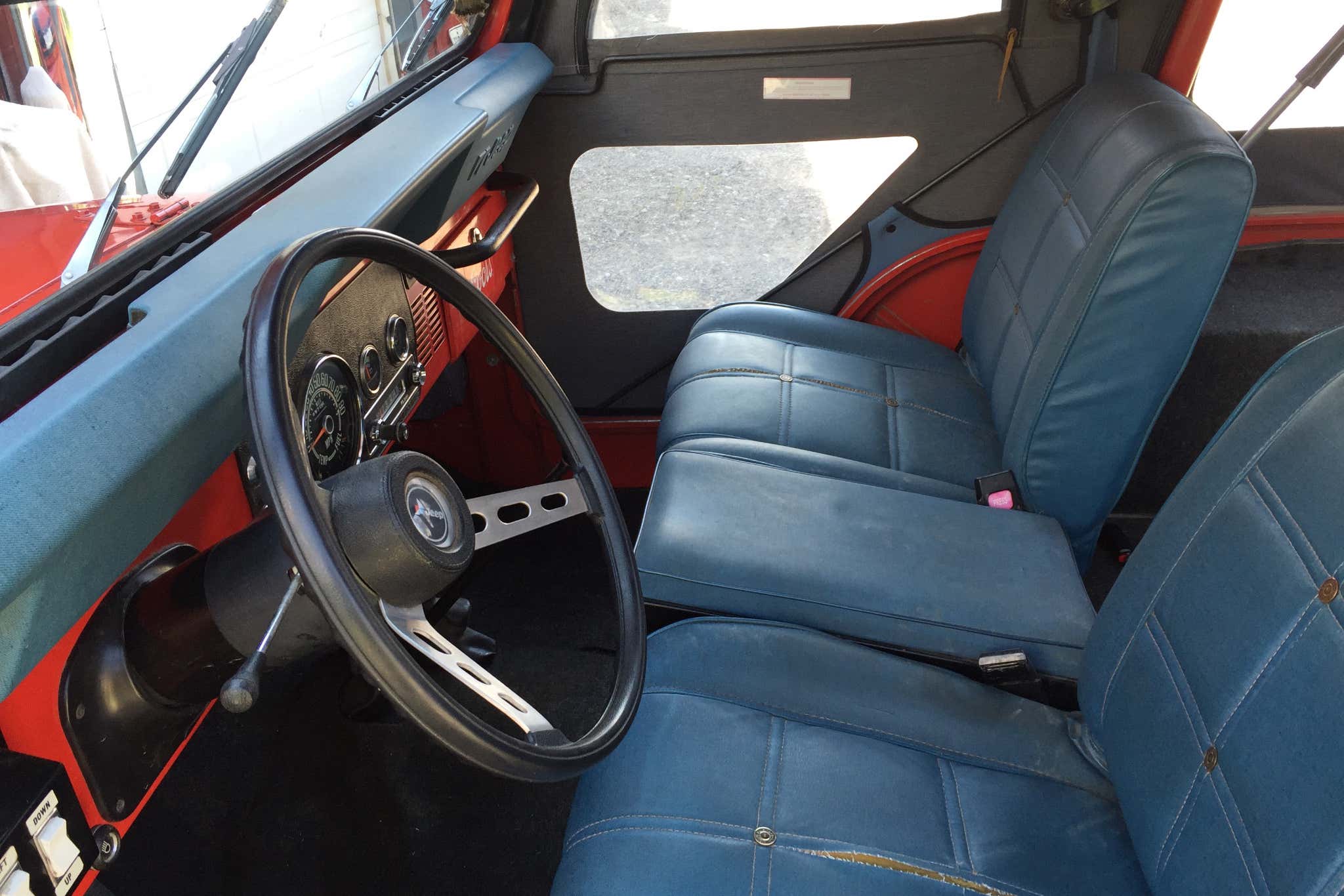 In 1969, GM launched something called Liquid Tire Chain Traction Dispenser for almost every model in its lineup. With the push of a button, two pressurized cans aimed at the rear wheels would spray a polymer onto the tires, supposedly increasing traction in the snow. Just how well it worked seems to have been lost to history, but the product’s lack of success on the market may tell us all we need to know: only about 2,600 people ticked the option box, and it was withdrawn for the 1970 model year.