The Longest Range EVs You Can Buy in 2021 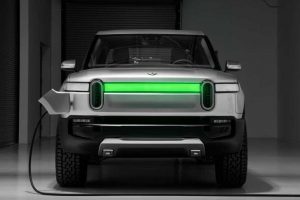 The road trip was king last summer, with everyone eager to get out but still wanting to keep to themselves. RV sales spiked as we all needed to minimize contact with others and we even published a guide to sleeping in your car for those of us who think RVs are for the soft. Plug-dependent electric vehicles weren’t exempt from road trip mania, either, unveiling models with unheard-of range numbers.

Thank goodness, because I can’t be the only one who wants to get as far from home as I can when this garbage pandemic dies down. 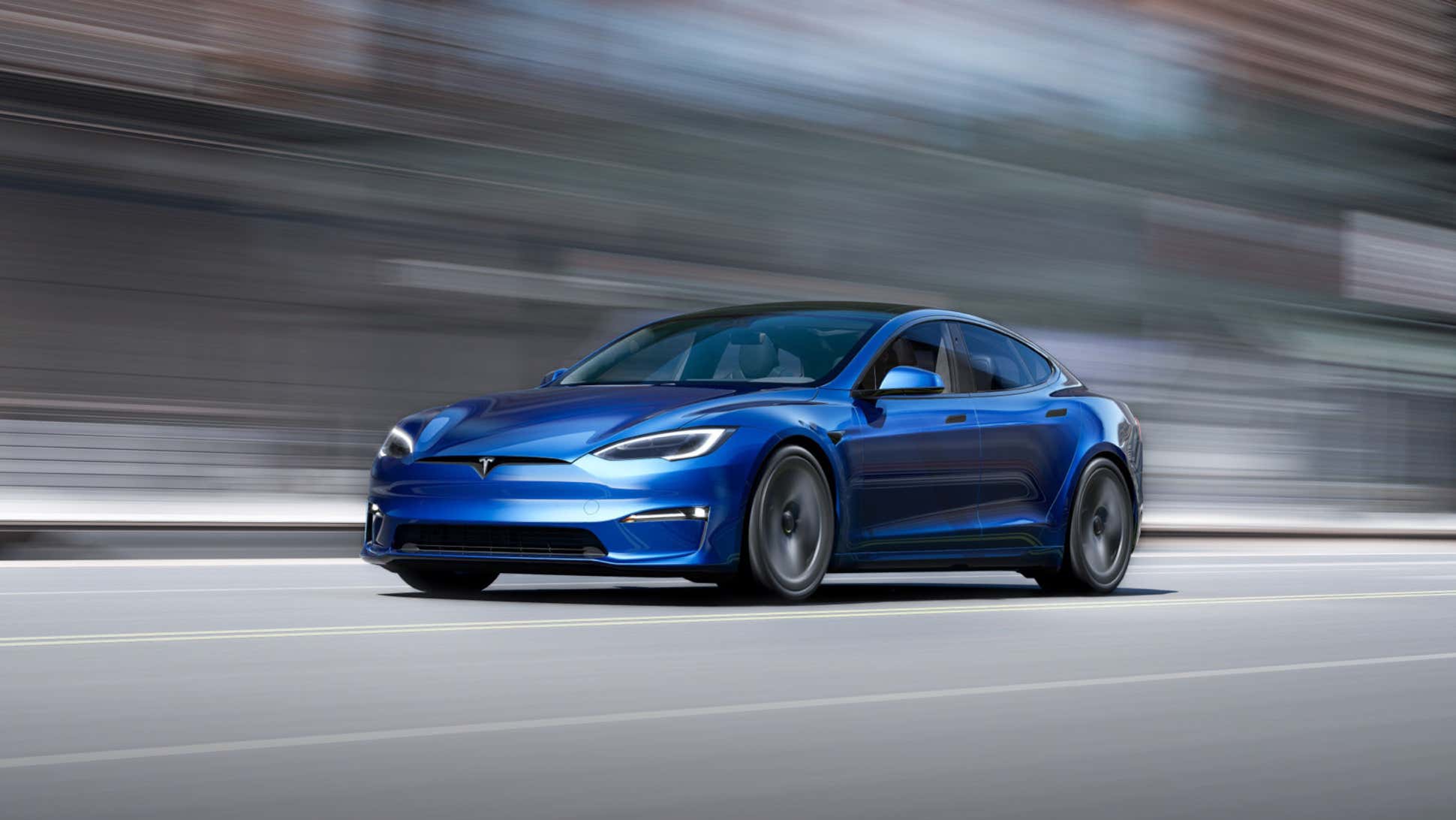 Electric vehicle makers have had to combat range anxiety for years. The infrastructure is there to support a Mitsubishi Lancer Evolution with a thirsty engine and the gas tank the size of a pipette, but that hasn’t been the case for full battery-electric cars, especially if you wander off the freeways and into the middle of nowhere.

Charging infrastructure and faster-charging technology are getting there, but in the interim, longer range numbers help alleviate much of the fear of getting stranded with a dead battery. There are always going to be those edge cases that come to peoples’ minds like long trips away from civilization, battery-draining track days or evenings when you just forget to plug in the car. Plus, no one likes having to hang out at fuel stops longer than they want to.

Perhaps you, Painfully Practical Man, want to write off the EV range wars as one big weenie-measuring contest, but you can’t deny that it’s also pushing some big leaps forward in electric car tech and design, not to mention the public perception of EVs as a whole.

Here are the current winners of those range wars that have estimated or EPA-rated range stats of 300 miles or more, all of which are either on sale now or announced to start deliveries in 2021. 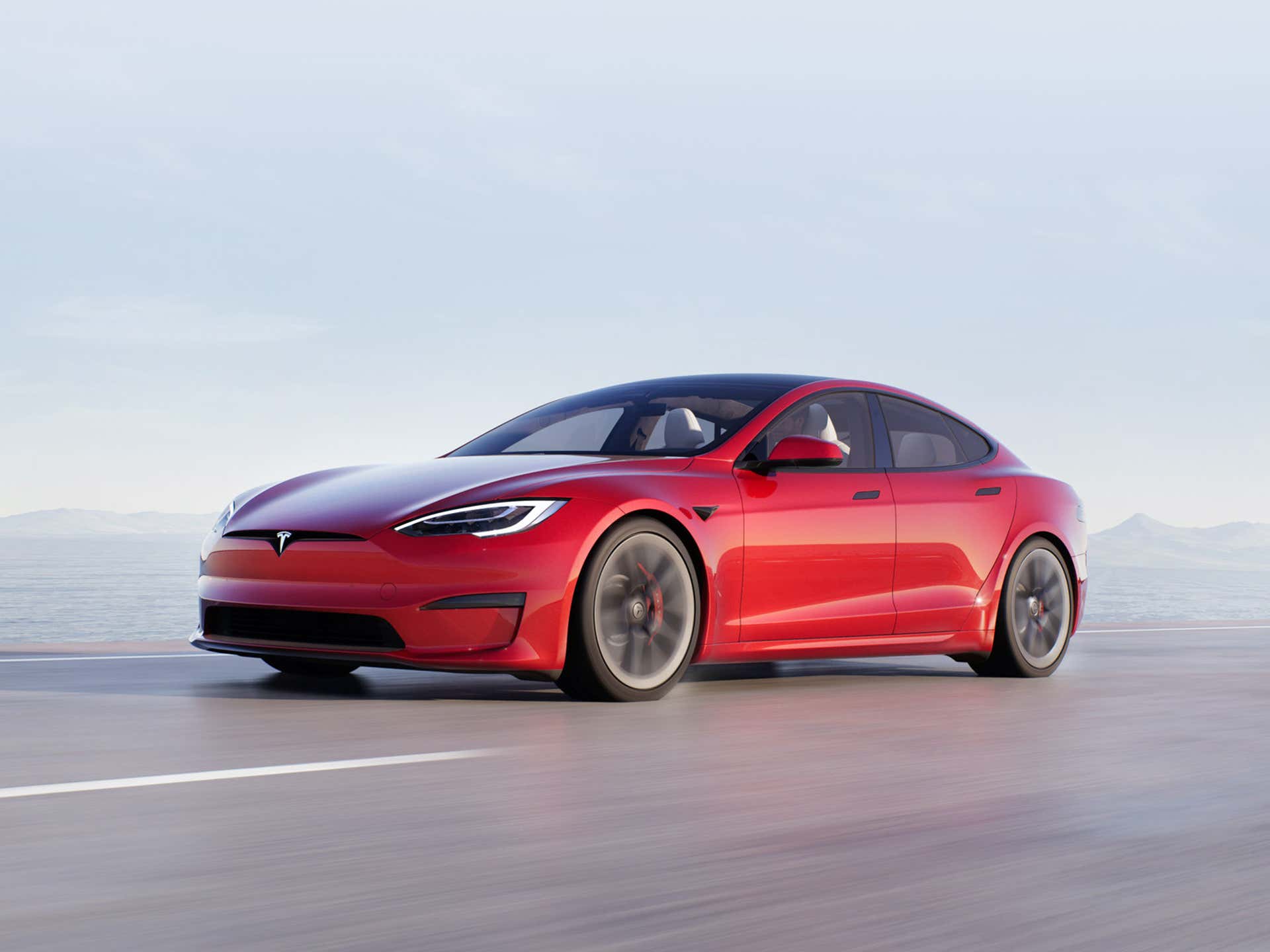 Some of the cars on this list roll out to customers later in the year, but if you really, really want to have the longest-range electric car in the world, you’ll need to wait until late 2021 for the Tesla Model S Plaid+. Tesla formally announced the Plaid+ (plus its silly steering wheel) in a January financial presentation, followed by an updated order page with all the details. We’re cautiously optimistic that you’ll actually be able to use all 520 of its manufacturer-claimed miles per charge on a cross-country trip to Grandma’s by the time deliveries start.

The other refreshed Model S models—including the lower-range Plaid cars—will start deliveries this month, according to Tesla CEO Elon Musk. We’re only including the longest-range models as the headings here, but the 2021 Model S Long Range is the longest-range EV available right now, with a manufacturer-claimed 412-mile range. (The pre-refresh Model S Long Range Plus got a 402-mile range per the EPA, but a 2021 model year figure for the Long Range model has not been added to the EPA’s website at the time of this writing.)

If you prefer your upcoming range king to drop a little earlier, Lucid claims that its 2021 Air—due in Spring 2021—gets up to 517 miles of range on a single charge. Next year should be fun as official EPA estimates drop for both the Air and Model S Plaid+. These manufacturer claims are nice and all, but I want independently-verified receipts. Lucid claims that it got its range figures using the EPA test, so the two battling for the top spot at least seem plausible.

Let’s get back down to reality—and by reality, I mean the sub-400-mile range. Tesla’s quest for range battle domination means that the top-five cars on range is basically a high spec of every Tesla model currently sold plus the Lucid Air. If you’re a fan of weird doors, congrats! The 2021 Model X Long Range gets a whopping 371 miles per charge, according to the EPA, although the current figure claimed by Tesla themselves is a bit lower than that, at 360 miles per the Model X order form. 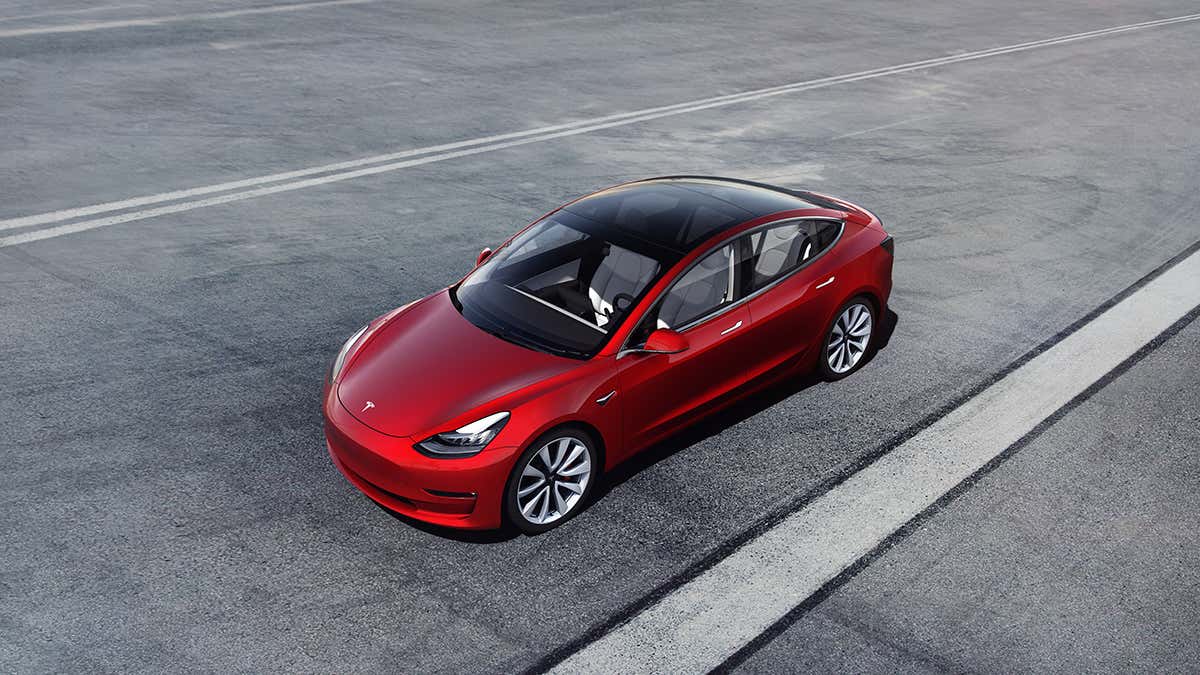 Completing the “S3XY” lineup for the world’s oldest tween boy CEO is the Model Y, which has an EPA-rated range of 326 miles in Long Range AWD trim. 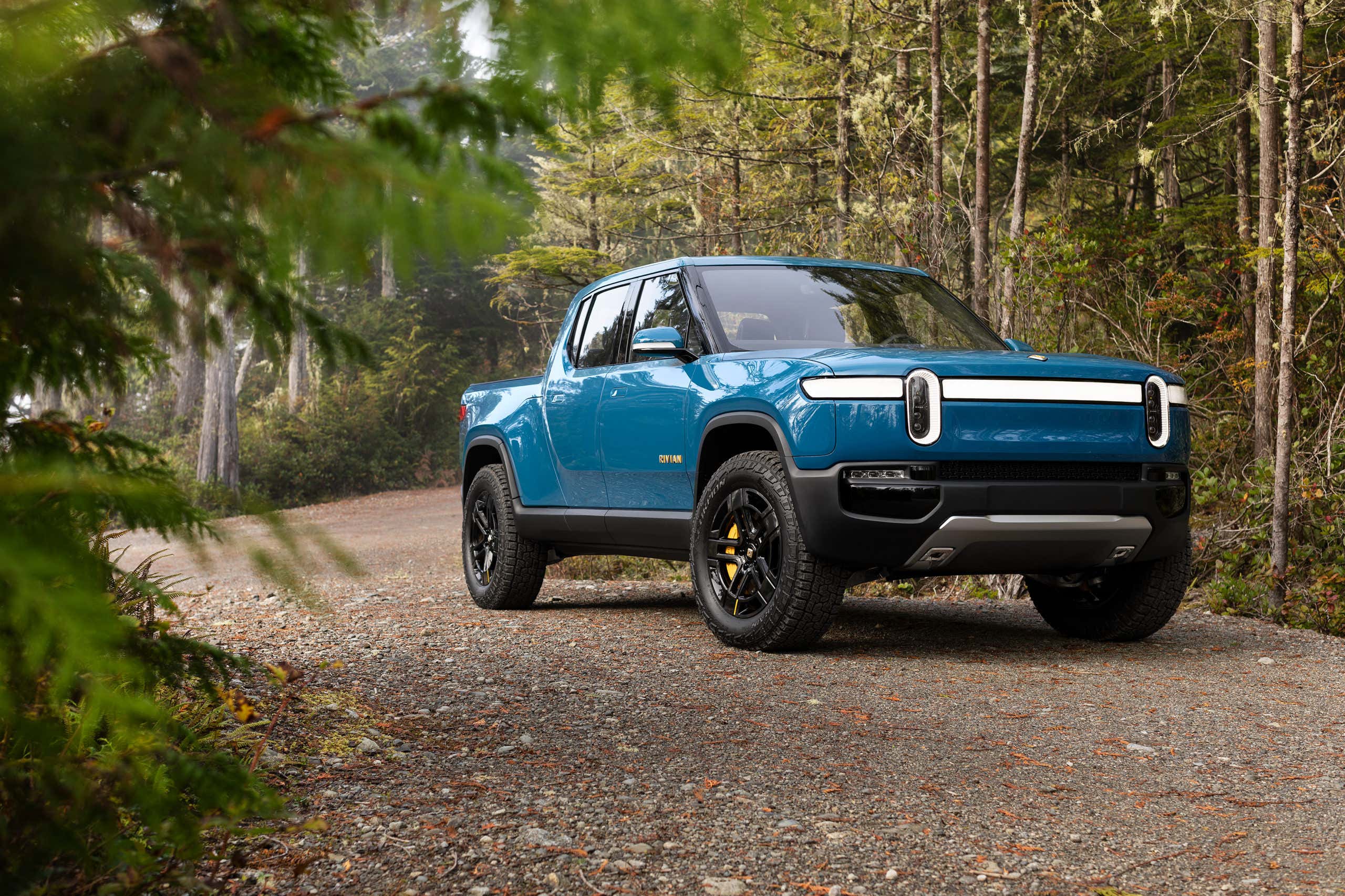 We’ll have to wait until January 2022 for the longer-range R1T pickup that Rivian claims will go over 400 miles on a charge, but we can get our hands on a 300-plus-mile R1T starting in June 2021, per Consumer Reports. There isn’t an official EPA rating for the R1T yet, but Rivian claims their 300+-mile estimate is based on the EPA test. Considering that trucks are the vehicles that venture the furthest out of civilization, seeing a 300-mile range as “just the base model” here is pretty neat.

Rivian appears to be just as tired of civilization as the rest of us, too, having taken two R1Ts on a 13,500-mile road trip across South and Central America to Los Angeles. They even patented a range-extending auxiliary battery shaped like a toolbox, which we’d love to see go into production.

Like the R1T, the Rivian R1S SUV launches with “only” its 300-plus-mile battery pack. Only. Uh-huh.

The 300+-mile R1S goes on sale in August 2021, per Consumer Reports, with its longer-range version coming after its launch. These are both still estimates provided by Rivian, but Rivian claims that they used the EPA’s test to determine those.

Maybe Ford took one look at Tesla and said, “Controversy sells!” when it green-lit the idea of slapping Mustang badges on a crossover, but the Ford Mustang Mach-E has one stat that’s far less contentious: a 300-mile range for its extended-range rear-wheel-drive version, per the EPA. The EPA’s ranges tend to be a bit conservative compared to the standard used for range ratings in Europe, and even more of a low-ball for some hypermilers out there. The CEO of Ford Norway took a less efficient all-wheel-drive Mach-E on a 301-mile road trip on a single charge, at which point he claimed to have had 54.8 miles of battery left.

The Ariya is the latest EV from Nissan, one of the few established manufacturers who hopped on the full-EV train early. Nissan’s upcoming Ariya electric crossover doesn’t have an EPA rating yet, but it does have a manufacturer-estimated 300 miles of range out of its long-range front-wheel-drive version. EPA stats aren’t out yet, as it goes on sale in late 2021 as a 2022 model, but we have high hopes given that one of Nissan’s strengths has been making a solid commuter EV. The Leaf is one of the most reliable EVs on the market, so to say that Nissan is banking on the Ariya to be a much-needed win is a massive understatement.

Karma is back, rising from the (sometimes literal) ashes of Fisker. The Karma GSe-6 is its new luxury sedan set to drop in 2021. Details are still scarce on the new model, with the company only having released teaser shots for now. It doesn’t have an EPA range figure yet, but Karma claims the GSe-6 will get 300 miles per charge.

What’s your take on the battle for the longest range? How much range would you need to consider buying an EV? 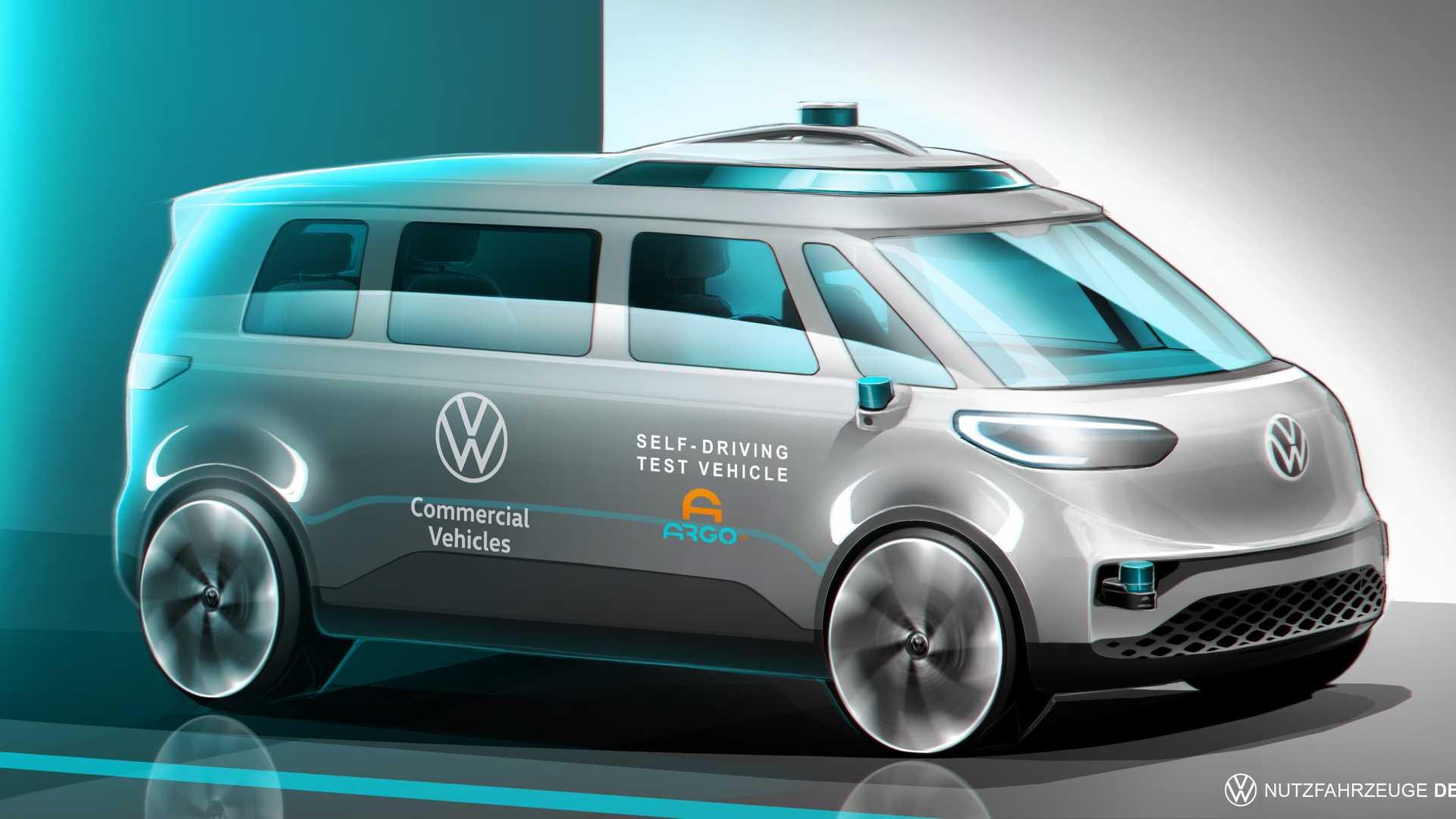 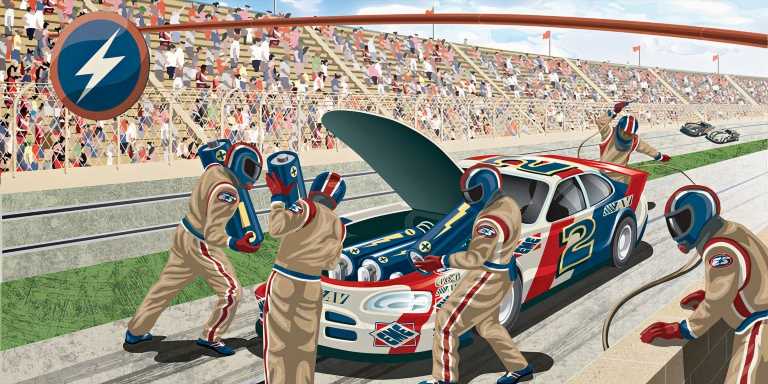