The ID.Life Concept Previews a Sub-$25K EV Coming from VW 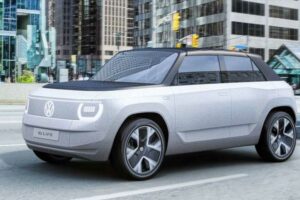 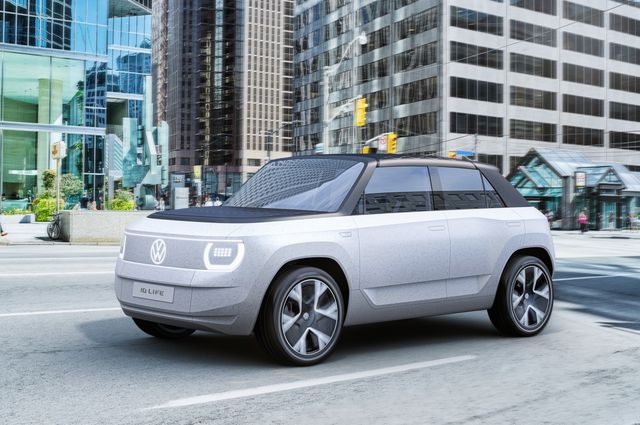 The Volkswagen ID.Life could be dismissed as just another concept thrown together for an auto show, but the presenter at the car’s IAA debut, when asked if it was going into production, said, “There’s always a chance, and it is the same size as something we have planned for production.”

“The ID.Life is our vision of next-generation fully electric urban mobility,” said Ralf Brandstätter, CEO of the Volkswagen brand. “The concept car provides a preview of an ID. model in the small car segment that we will be launching in 2025, priced at around €20,000. This means we are making electric mobility accessible to even more people. In creating the ID.Life, we have consistently focused on the needs of younger customers. We believe that, even more so than today, the car of the future will be about lifestyle and personal expression. The customer of tomorrow won’t simply want to get from A to B; they will be much more interested in the experiences that a car can offer. The ID.Life is our answer to this.”

Those experiences that a customer wants include “digital experiences of various kinds,” Volkswagen said. For example, the car can be converted into a cinema or gaming lounge in no time at all. As a concept, it can be loaded up with whatever the designers want to put in it. The show vehicle had a video game console and projector, as well as a projection screen that extends from the dash panel when required. Other devices can be connected to the car’s 230-volt/16-amp power supply. 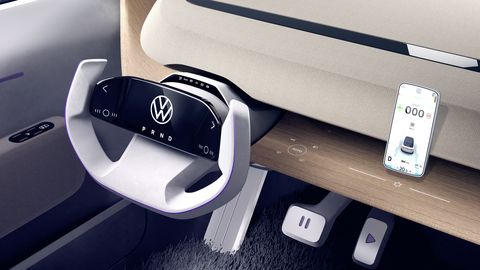 The seating design, too, is extremely flexible, in keeping with the idea of the car as a companion for all situations and lifestyles, VW said. The front seat bench can be completely folded down, as can the rear seat bench making a bed. VW said that fold-down setup “enables a range of different possibilities.” The bed measures more than six feet in length, but the interior can also be set up for the above-mentioned cinema, or to maximize luggage space.

The rest of the car is more or less typical ID electric, based as they all are on VW’s new MEB electric car platform architecture. This particular take on the modular electric drive was developed specifically for the small car segment. Its single electric motor makes a healthy 231 hp and accelerates to 62 mph in 6.9 seconds. The 57-kWh battery is good for a range of almost 250 miles using the wildly optimistic European WLTP standard. 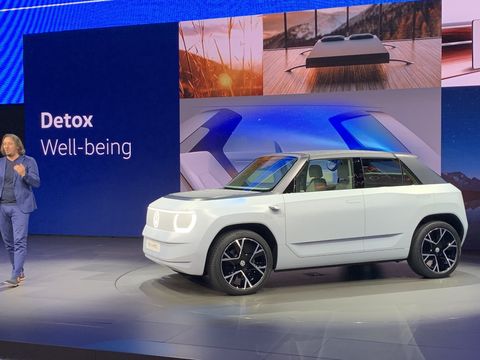 Like all those BMW concepts shown two halls over at IAA, the ID.Life is made with a lot of recycled materials. The roof and hood are made from 100% recycled PET bottles. The interior, including the dashboard and rear seat surrounds, are made out of wood. The seat surfaces are ArtVelours Eco. Even the paint coloring includes wood chips as a natural coloring agent, along with a bio-based hardener. The tires include natural rubber and rice husks in their composition.

Volkswagen says the car will accelerate VW’s EV spread into the electric car segment. Prices start at €20,000 euros, or $23,731 in the US.

“By 2030, Volkswagen aims to increase the share of all-electric models in total vehicle sales in Europe to at least 70 percent and in North America and China to at least 50 percent,” VW said. Nice to know that affordable EVs will be part of the plan.