Home » Auto News » The Forgotten Ford Escort ZX2 S/R Was a Parts-Bin Masterpiece, Thanks to the Aftermarket

The Forgotten Ford Escort ZX2 S/R Was a Parts-Bin Masterpiece, Thanks to the Aftermarket 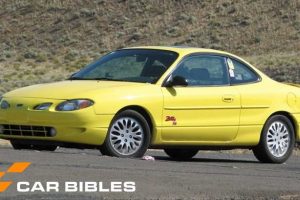 Before Ford offered the ST performance badge in North America, or even an SVT Focus, there was a lesser-known hot subcompact with a blue oval badge. And not the Escort GT; I’m talking about the Ford ZX2 S/R, one of the best platforms to come out of the venerable “Fazda” (or, similarly-pronounced “Fozda”) era when Ford and Mazda joined forces.

Peter Nelson is an author at Car Bibles, a coming-soon sister site to The Drive focusing on automotive adventures and DIY tips to help you get the most out of your car. That includes industry commentary, hot takes, and random automotive-adjacent musings like this. – Andrew P. Collins, Car Bibles EIC 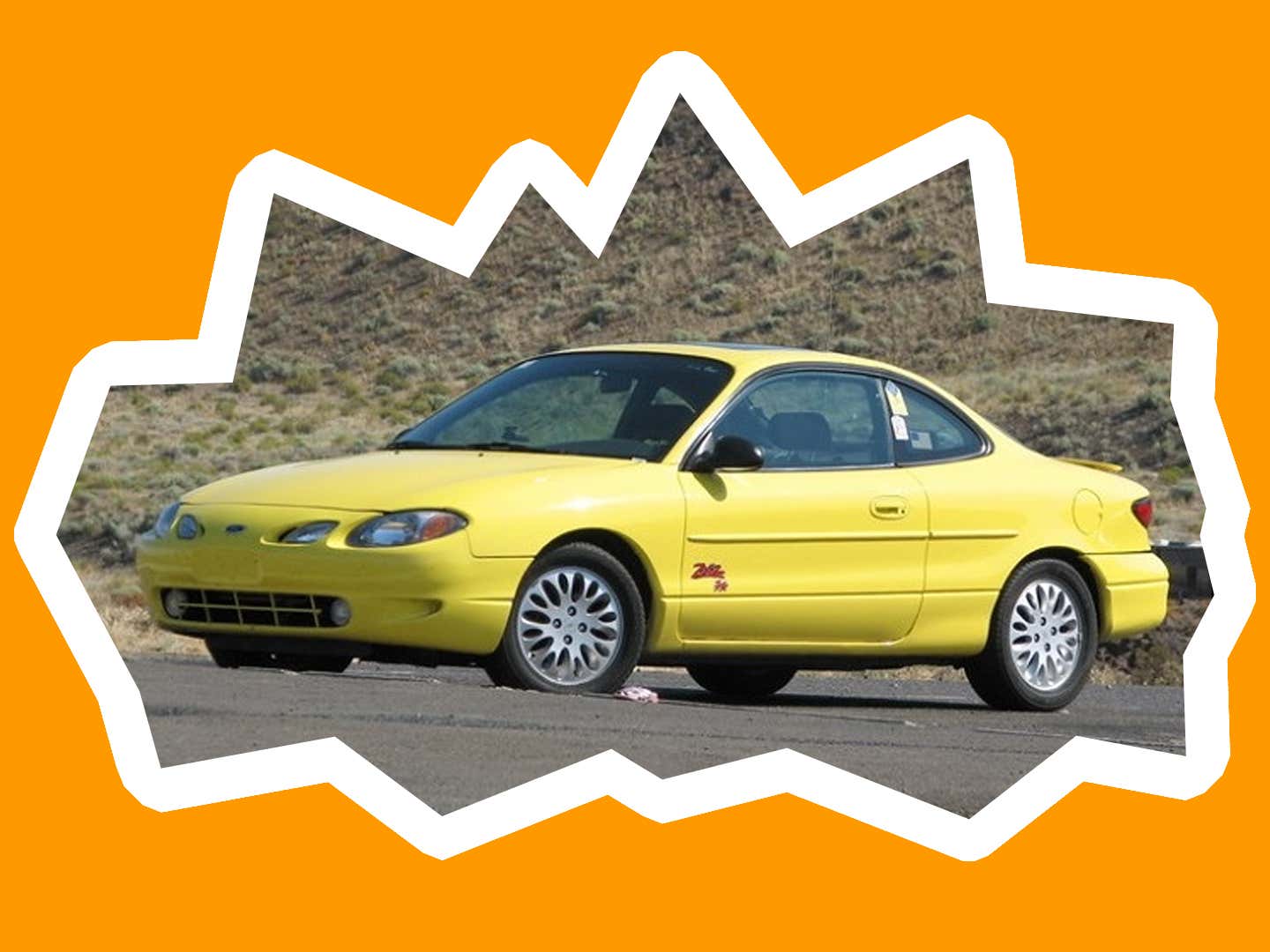 Before Mazda had its current goal of trying to take down the luxury institution, Ford owned a healthy chunk of its stock. And between the mid 1970s and 2015, Ford and Mazda partnered on a bunch of different projects. This led to some really cool stuff including rad little V6s, the Mazda2 and Ford Fiesta siblings, the underrated Mazda MX-6 and Ford Probe siblings, some forced induction technology, people putting Ford valve covers on Miata engines, and more. But it also meant that the Ford ZX2, an otherwise unremarkable car, shared a lot of the same parts as the Mazda Protege, another otherwise unremarkable car.

What was remarkable was its, or rather their, chassis. Independent suspension at all four corners and a decently light curb weight meant ZX2s and Proteges handled well, and could be even better with some aftermarket upgrades. Ford decided to capitalize on this and offer a hot version of the ZX2. The blue oval brand put Ford Racing and its Small Vehicle Center Product Development in a room together, so to speak, and what they came up with was the ZX2 S/R. 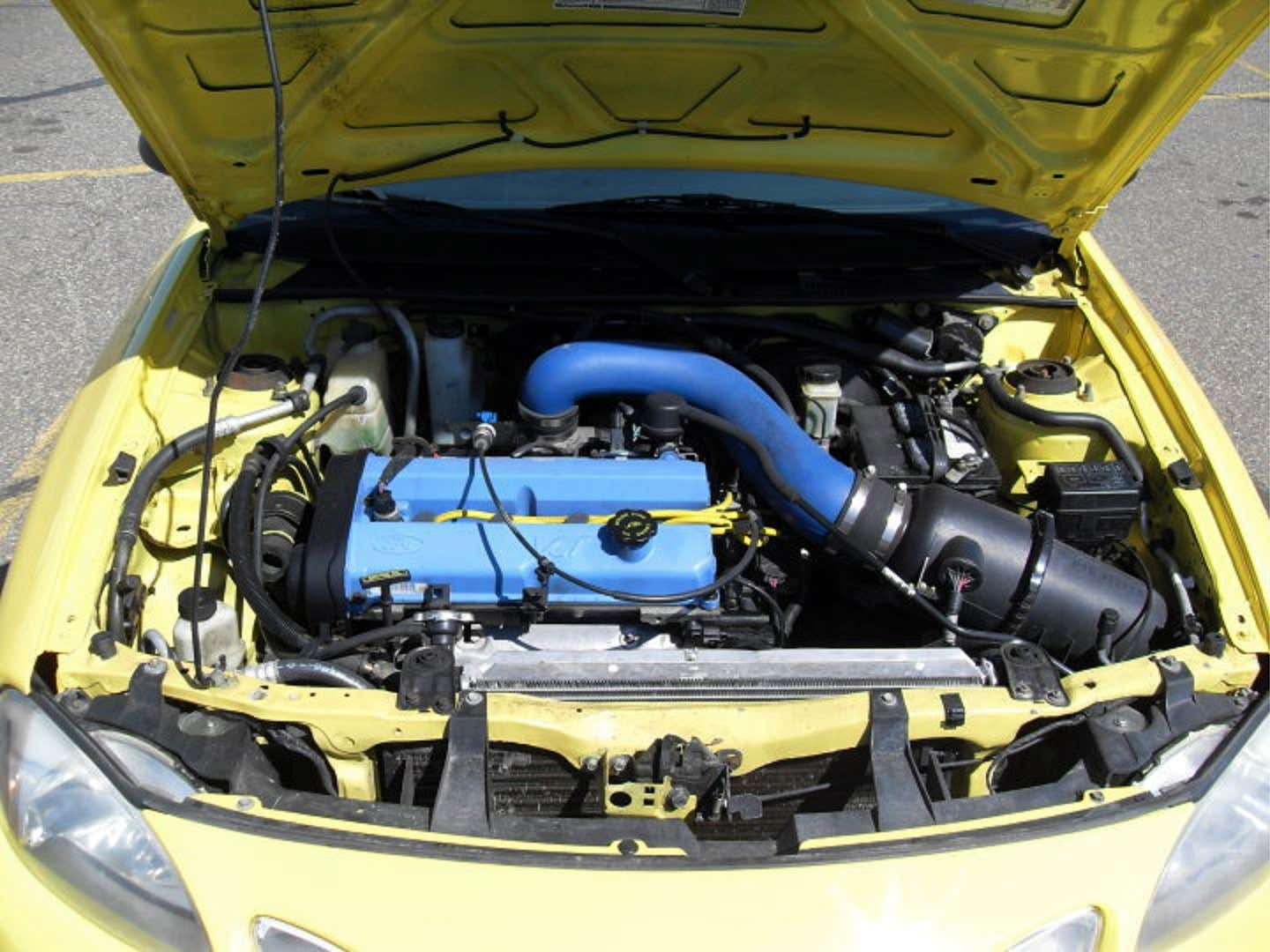 A SEMA Sport Compact Before The Fast and The Furious

Ford had also planned to offer a Dynamic Suspension Kit, but according to ex-forum members of the now-defunct TeamZX2.com, it seems this never fully came to be. This included 500-pound rear, 300-pound front springs with adjustable shocks, an adjustable rear sway bar, and camber bolts. Ultimately, enthusiasts weren’t offered the shocks and springs and had to source larger rear sway bars from other Ford cars, and had to buy their own camber bolts if they wanted such an upgrade. Apparently, Ford also swapped the intake manufacturer to a company called Iceman, and did away with the Centerforce clutch.

Still, it’s pretty cool a limited-production sport compact from a domestic car company made as far into performance territory as the ZX2 S/R did.

Even for around the year 2000, the aftermarket parts availability was very good. Companies offered turbocharging, performance camshafts, headers, underdrive pulleys, adjustable cam pulleys (remember those?!), aftermarket exhaust systems, ECU tuning, and more. How perfect that this cool little car made its debut at SEMA; the aftermarket tuning community came out in force for it.

These cars were autocrossed and tracked extensively back in the day, and were well-regarded by enthusiasts, tuners, and the automotive press alike. They’re still on track here and there throughout the U.S. 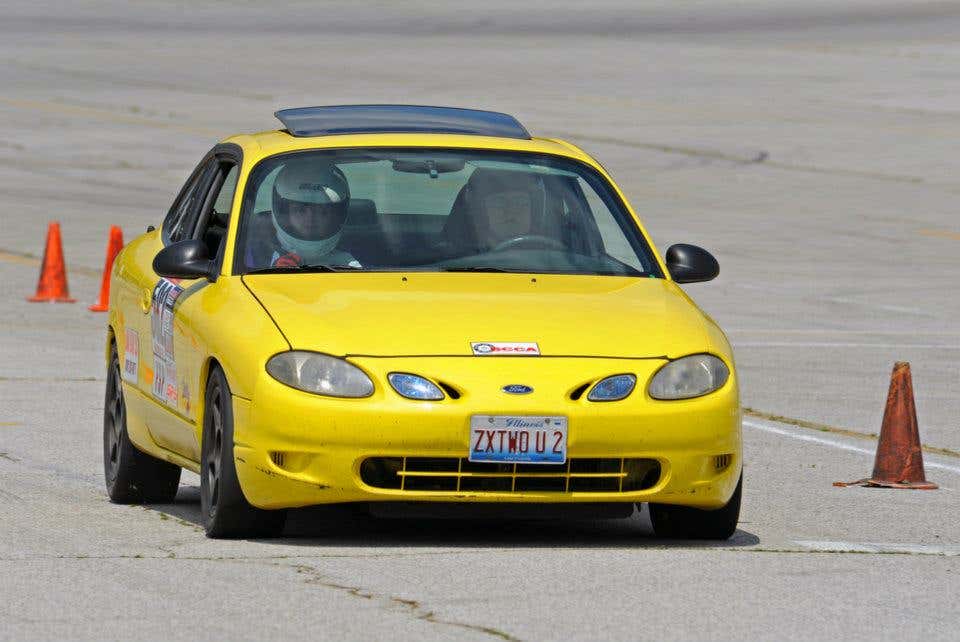 A Quick End to A Short Era

Not too long after the year 2000, Ford pulled the plug on the ZX2. Up next were the better-engineered ZX3 and ZX5, and of course eventually the Focus ended up getting serious performance variants many years later. It appears that enthusiasts and tuners have largely forgotten about the S/R, though. ZX2 tuning forums have almost completely vanished, and nobody’s produced aftermarket parts for them in a long time. Even a recent perusing of eBay didn’t really yield anything noteworthy.

The ZX2 S/R didn’t start the trend of an OEM sport compact by Ford USA. The SVT Contour, Escort GT, and sure, the Merkur XR4Ti, deserve that credit. But it was the first truly modern one with a very solid connection to the aftermarket. Plus, it had some solid figures for being an NA 2.0-liter four-cylinder. It’s a shame Ford didn’t build more; if I could find one I’d totally give it a refresh and go have a blast with it on track. I bet it’d look sick on some Rays 57DRs.

Peter Nelson is an author at Car Bibles, a coming-soon sister site to The Drive focusing on practical tips and DIY advice to help you get the most out of your car. Look for a freshly redesigned Car Bibles in early 2021. Meanwhile check us out on Twitter, IG, and Facebook. 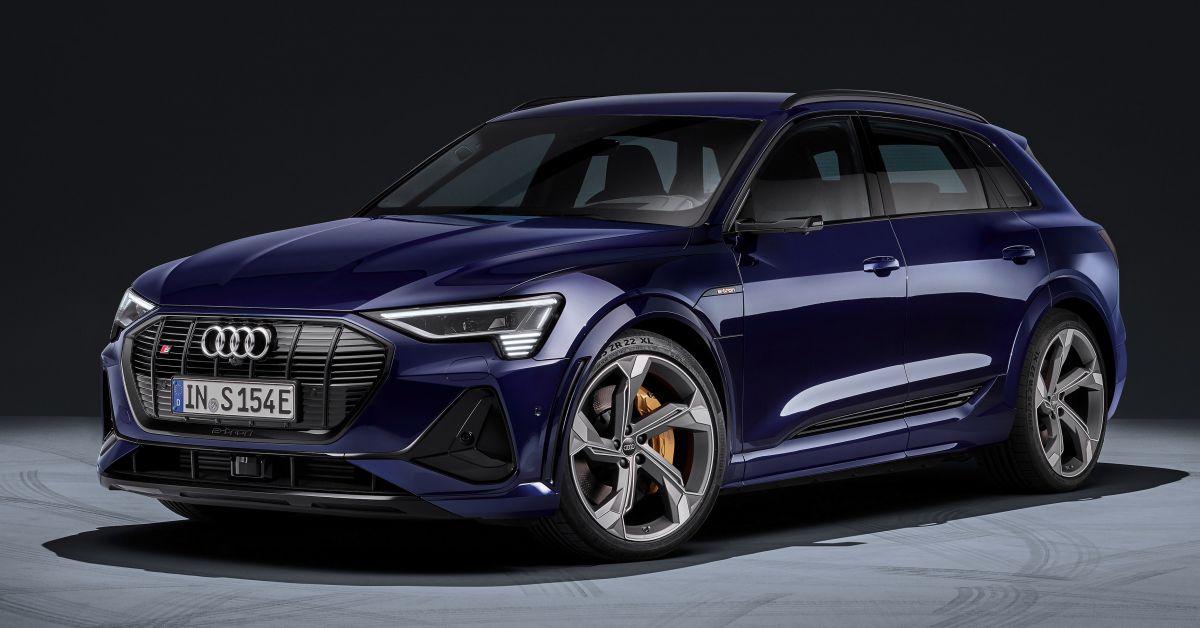 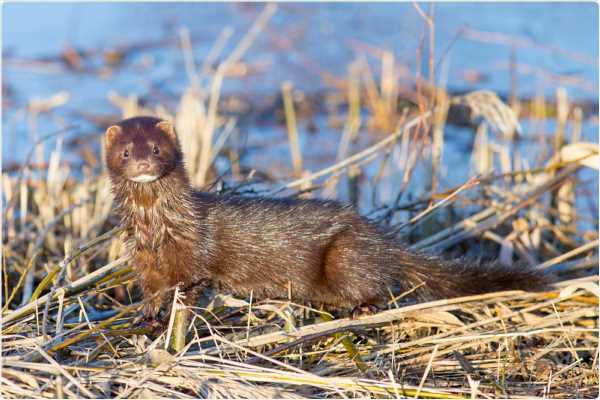